‘Fish Live in Trees’, they do, they really do! Garnock Pollution

I make no apologies for another post following the Woody Debris/ green engineering theme and there will more to follow as work progresses on the Culroy Burn later this summer.

Last year Kilkerran Estate took steps to protect two rapidly eroding banks using green engineering techniques. The results have been mixed and could have been better but this is a relatively new approach to addressing erosion in Scotland and lessons will be learned. I revisited the site this week to see how things were shaping up and am encouraged by some of the results. 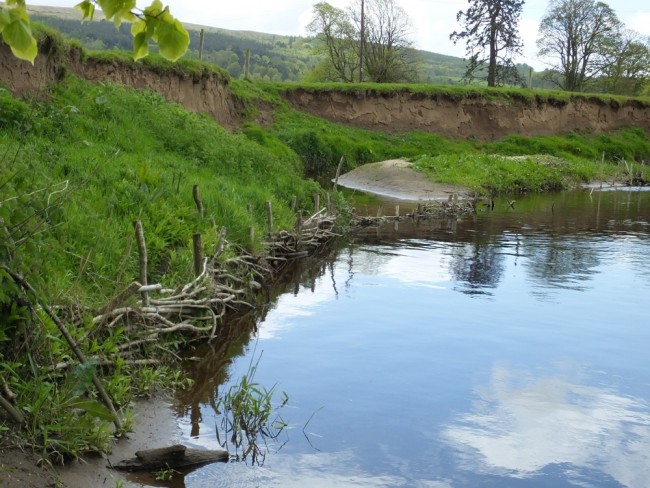 Woven wood spilling appears to have been relatively successful but this will rot through time as it isn’t living material and unless trees are planted into the bank behind, this will eventually collapse and the erosion will start over

The problem at Kilkerran is as a result of historic straightening and the river is attempting to remander away from the artificial channel. As it cuts into the high banks, tonnes of soil are lost and contribute to diffuse pollution in the catchment. The image above illustrates a very simple technique that appears to have helped: spilling. Usually willow is woven to create a living barrier that protects the bank from erosion. Willow roots readily and the root mass helps bind the bank together while offers the additional benefits of shading and cover for fish. In the above example, I think hazel has been used but unfortunately this doesn’t take from woody cuttings and hasn’t rooted but at least it appears to be working with sediment building up behind the spilling. If the livestock were fenced out now, them perhaps the bank will stabilise as it revegetates. Planting willow into the new deposits would undoubtedly be beneficial and as we have some cuttings at the office, I think we have found a use for them.

The picture below shows that the spilling needs to be extended along the toe of the bank as there just hasn’t been enough installed. Deposition on the far bank will only serve to push the river onto the eroding bank  so it is essential that more work is done if this situation is to be addressed for the long term. 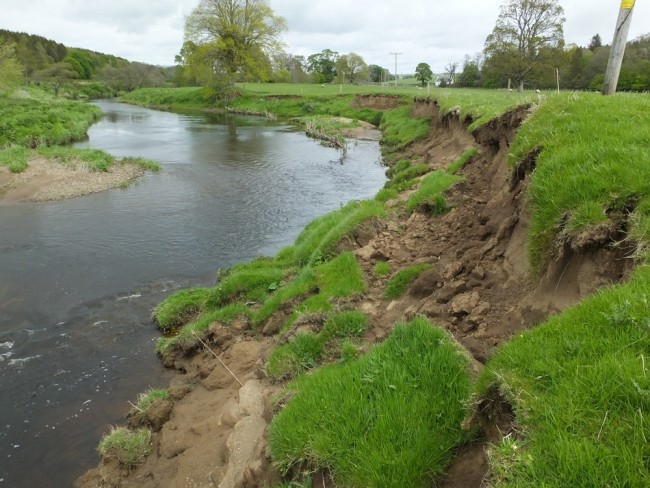 The view from downstream shows the extent of the problem

The second major erosion point is illustrated below. A different approach was used to address this erosion and a contractor was employed to place large woody debris at the toe of the bank. This work has brought a degree of success however it hasn’t gone far enough and needs more timber added towards the lower end of the bend. Some of the timber is sitting above the waterline and would have been better in the river at the toe of the bank but I think it was placed this way as there was no obvious way to anchor it in place. A limited amount of re profiling has been attempted and the bank should be more erosion resistant at the upper end. Several of the placed trees have been dislodged by winter spates an can be seen mid stream. These would be better winched back to the bank and secured in place, perhaps by wiring them to other logs that are in place (a relatively inexpensive procedure). 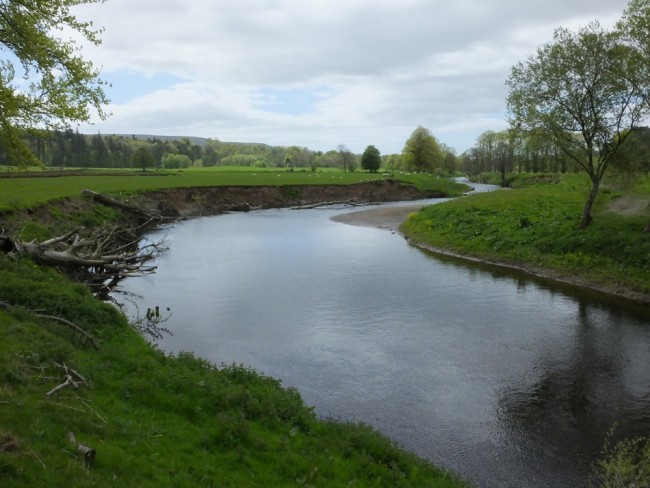 Full trees were used in an attempt to deflect flows and allow the bank to stabilise. A small a amount of reproofing appears to have been undertaken. 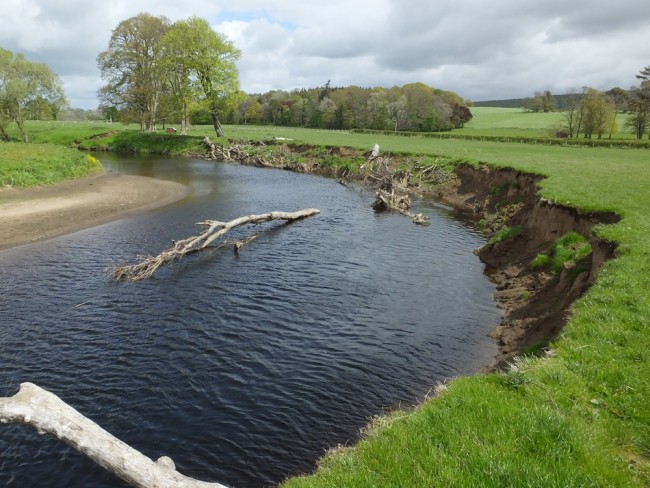 A large tree that has washed out from the bank and will cause deposition in the middle of the river and that in turn may lead to further erosion unless it is repositioned.

Lessons can be learned from this work and although not 100% successful, some improvement has been achieved. It’s a start but I do think that livestock should be excluded as this will help the vegetation to develop adequate root systems to hold the bank together. SEPA and ART met with the owner back in 2011 to discuss the problem but we were unable to secure funding for any of this work. I will speak to the owners as SRDP funding is currently available (until the 12th June) for fencing and this may be of interest. I will see what images we have from then and post a follow up to show the change that has taken place over a relatively short timescale.

This is a great bit of trout water and we stood on the bridge at lunchtime watching trout after trout rising. 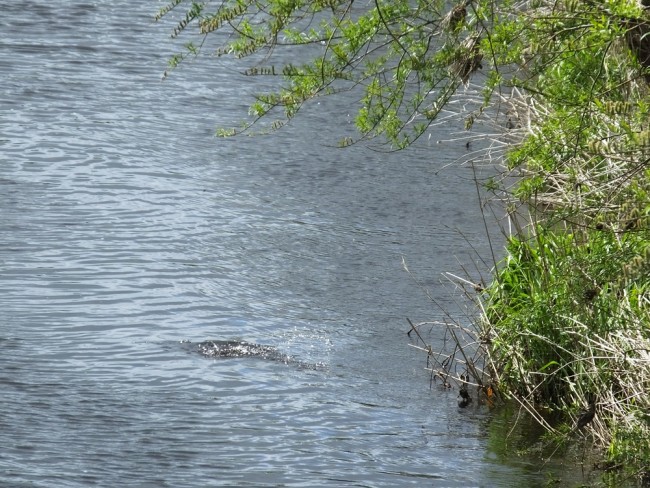 There was a good hatch underway and trout were rising all over the place. Introducing more LWD will not only stabilise and protect the banks from eroding but also increase protection for juvenile and adult salmon and trout in this habitat