Timed surveys got underway today starting on the upper River Ayr. We did’t get started until late morning due to a problem that came up however we decided to head straight to the upper catchment as it seemed most likely to have lower water levels than elsewhere and it knocked out the furthest away sites in this system.

I’ll update readers with a more detailed analysis once we complete all the sites but I thought some may be interested to know how things looked at what in reality are some of the most important spawning areas on the Ayr.

Limmerhaugh downstream of the swinging bridge was the first stop and as ever produced pretty good results but slightly down on last years but not enough to be concerned about. On to Netherwellwood and again this site was marginally down but again nothing to worry about. We only caught one grayling which is disappointing but typical of recent years. 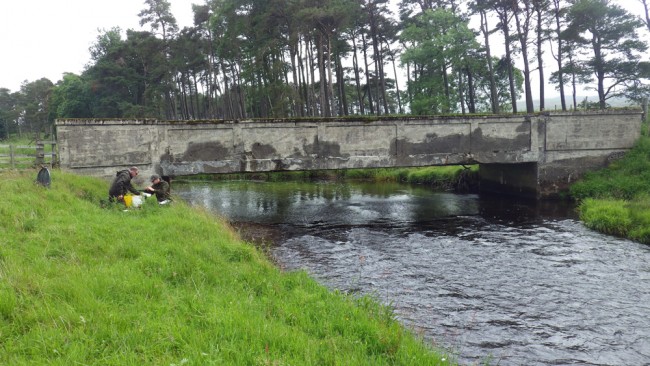 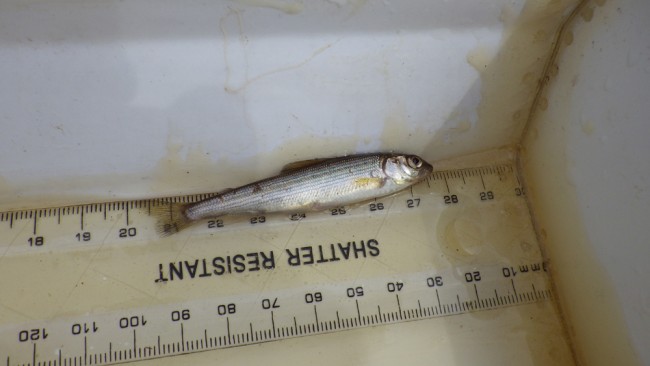 The only grayling we caught today but they are stunning we fish and we are always pleased to see them in the catch.

In 2008, I remember watching shoals of these wee fish above the bridge before the Powharnol Opencast Coal site had an influence on the river but since around 2011, the burn that comes from the site has frequently been polluted and now carries nutrient rich water from the huge pond. We never see shoals of grayling any more but of course we haven’t been able to prove categorically to SEPA what is having a detrimental influence. There are other OCCS discharges affecting the river upstream too and agricultural inputs so of course they could also be in part responsible. I still see it as a problem that fish numbers have been impacted and would like assistance to work out exactly what’s going wrong. 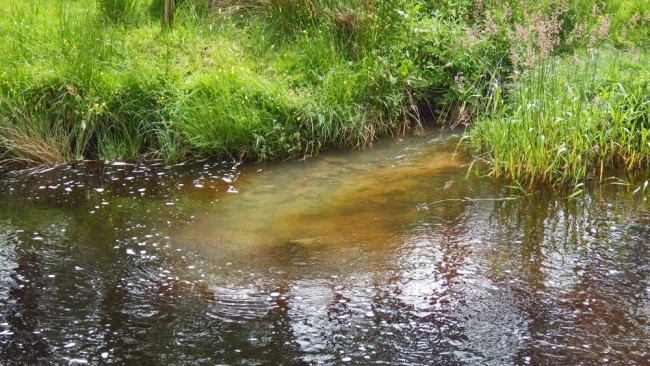 Unnatural discharge stemming from Powharnol Opencast Void. Is this a problem? I expect it meets discharge consents but there’s no doubt some species have declined since before this started and the sediment at the burn mouth was never there before.

The final timed site we fished was near the Ponesk confluence. For the last 3 seasons since we established this site, it has been consistently more productive than any other on the river. Today’s results are encouraging but again just down on last year. We still have the rest of the catchment to survey but I don’t expect any sites to beat this one. I’m not concerned that results at all 3 sites are slightly down of last year as they will fall in the good or excellent categories, I’m sure. Slightly higher water levels today may be a simple explanation but it’s slight and insignificant so I won’t loose sleep over this.

We will be undertaking experimental gravel cleaning across the system this year prior to spawning to see if we can improve salmon recruitment. Results next season will be compared to see if this action makes any difference and I’m looking forwards to this. In the meantime we have a mountain of electrofishing to do and by Wednesday, we hope to have 2 teams out daily. I’ll update regularly so readers can see what we get up to.