We were out surveying an area on the Doon today looking at the potential impacts of development on the fish and Fresh Water Pearl Mussel population. While it isn’t in a spawning area and fry numbers weren’t expected to be notable, there were a few fry turning up in each survey. What was more encouraging is the number of parr we caught and the condition of most of them indicated that they are doing well. 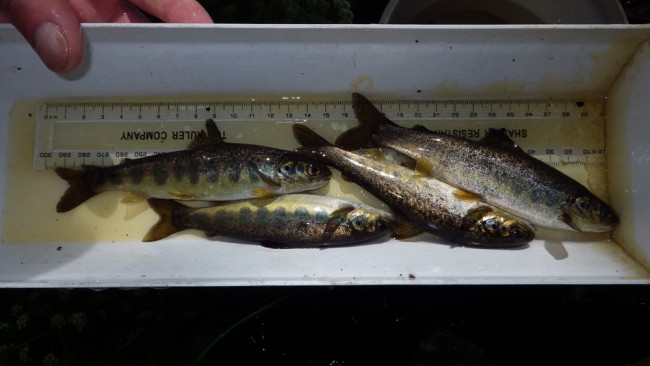 Good sized parr and mostly in great condition from the middle river.

We found plenty of juvenile trout too along with an good number of eels and lamprey species. 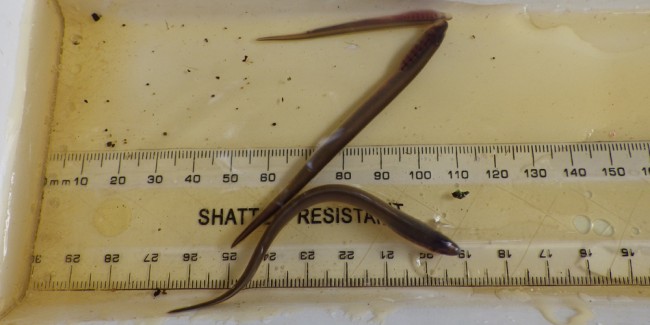 Just a few of the lamprey ammocoetes found during our surveys.

This isn’t an area that we have surveyed before and it’s always nice to see new fish day within the catchment.

Following completion of our surveys, we carried on on the Doon with timed electrofishing at our usual sites. Until we have finished this survey and analysed the data, its too early to say much about the results other than its been a bit of a mixed bag so far. The one thing we have noticed is that stone loach numbers appear to have crashed since last year in the areas surveyed and whilst not really concerned about this, I wonder why.