We surveyed fish on the Culroy Burn (near Minnishant in South Ayrshire) at a couple of sites today ahead of the fencing and bank stabilisation works going ahead in the next week or two. We will fish another site immediately downstream of the work next week. This should allow us to monitor any improvements in the fish population as a result of the fencing and bank re profiling aimed at cutting the erosion that adds tonnes of sediment to the burn and reduces spawning success. We will use green engineering techniques too to help deflect water off eroding areas and plant Willows and Alders to help reinforce the bank and provide future stability.

Once again the results were disappointing from this burn although the trout population appears to be holding its own. Salmon parr were there in reasonable numbers in the upper site but the lower site near Minnishant was very poor indeed. Lets hope the fencing and erosion control measures help improve spawning success.
As we were measuring up we became aware of a terrible sewage smell and the sound of running water. After the initial sewage smell subsided, it turned to a scented shower/bath soap smell. I took the photo below as the discharge slowed but it left a stream of foam heading down the river. 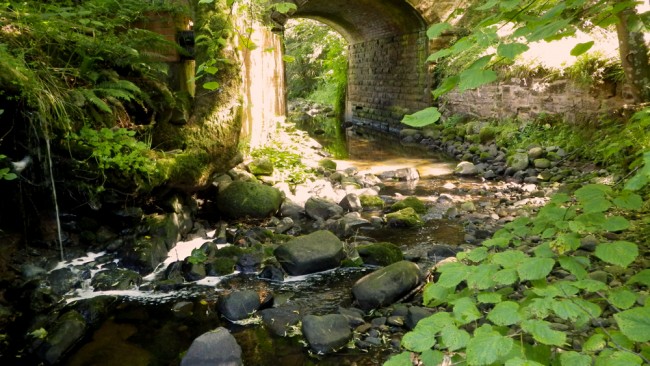 The tail end of a 5 minute stream of waste water reaching the burn at Culroy. There was a trail of foam left behind and this can’t be helping the fish population any.

Septic tanks shouldn’t discharge like this and I will contact SEPA to see if the tank needs maintenance. There are 5 tanks that I’m aware of that have all given problems in this area in the last 3 years. These discharges can’t be helping the fish population any.