Kilkerran Bank Stabilisation Next Stinchar Board Meeting and AGM

In 2003, ART arranged fencing for the Cummock Burn at Dalmellington, upstream of Sillyhole Bridge where livestock were causing problems with enrichment and erosion. This fencing has been a great success over the years but due to previous straightening of the burn, it is inevitable that through time, the burn will try to cut a new course. Two or three stretches of fencing are now threatened and some are hanging and requiring attention. I will raise this with the board at the next meeting on the 22nd. 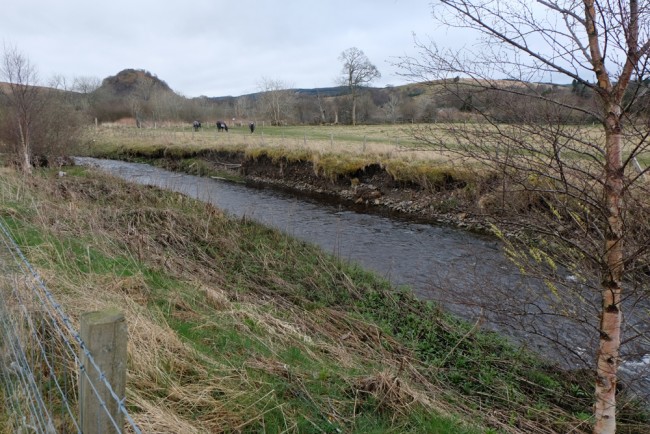 Erosion occurring in an artificially straightened stretch of the Cummock Burn

What is really interesting is how much the habitat in the burn has changed in places as willows, Birch and other native trees have developed within the fenced margins.
These trees offer cover and protection for juvenile salmonids, shade and defence against global climate change, and to some extent protection against erosion. Of course in some areas, a bit of pruning is required and we’ve already been out on the lower Muck Water cutting back branches that were causing concerns. We will also do a bit of careful pruning on the Cummock Burn in the next few weeks to help. 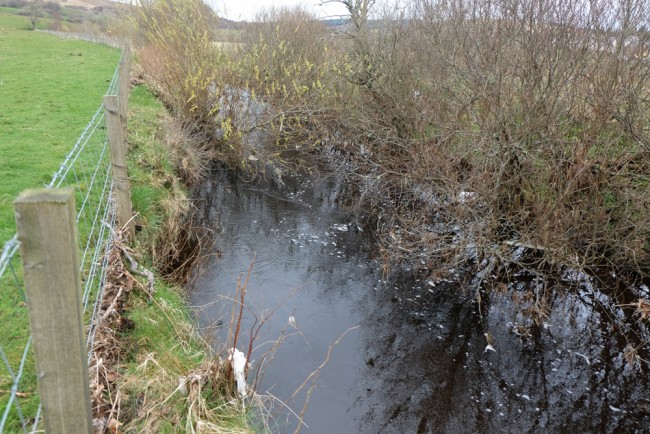 Despite the litter that these trailing branches trap, they offer great cover and protection for fish Predators just can’t get at the fish so easily in habitat like this. The trees also offer a degree of protection against warming water temperatures that are predicted as a result of global warming. 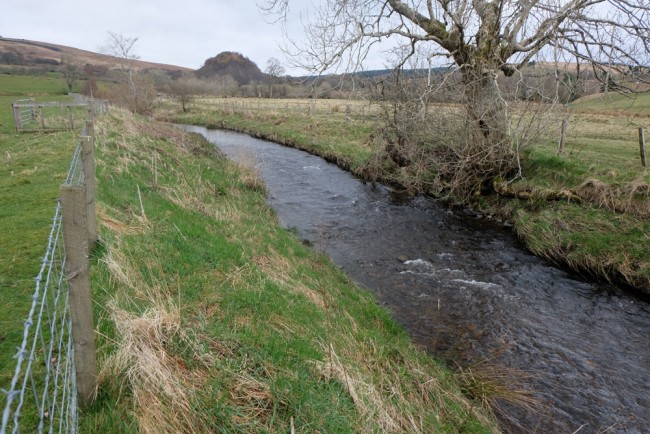 Good buffers provided by the fencing however, these banks may benefit from a few more trees and ART will address this shortly

Sometimes, it is best to leave branches trailing as they offer cover and refuge for juvenile and adult fish and protect from scour and erosion. At other times, trailing branches can cause erosion so there’s no one fix for all and this takes a bit of thought to achieve the desired results. Since I started fishing the site upstream of Sillyhole Bridge in 2006 (as a volunteer with the Trust), there been a remarkable change in the habitat. What was a shallow pool has now scoured out to a deep hole. Deposition is occurring downstream and spawning habitat is increasing. Marginal vegetation has improved as has the tree cover offered by willows that have grown on unglazed banks. Habitat improvements take time but at this site, it has been great to watch the changes take place for the benefit of the fish. No doubt, it will continue to improve.

We will soon be working with Drumgrange and Keirs AC to cut erosion on the main river but may also bring them to the Cummock to talk about the issues and further benefits that could be achieved here.