Crayfish trapping continues on the Ayr catchment Whatever the weather, it’s slurry weather!

Work on the Skeldon Hydro Scheme commenced yesterday and contractors quickly cleared the debris and undergrowth that encroached on the intake lade.
Once they complete this, they will be installing new smolt screens upstream of the penstock and then clearing the silt from the upper lade. ART will remove all the fish (we expect salmon, trout and lamprey) and eels using electrofishing before the desilting goes ahead. We expect to do this next week. 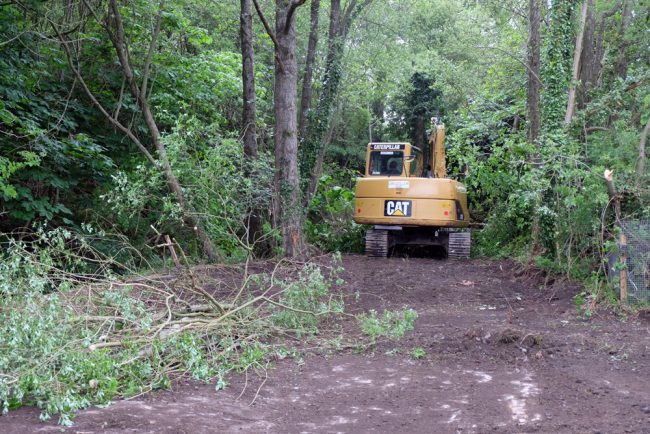 Site Clearance underway. We managed to save and replant a few good alder saplings at another location in need of some assistance.

The operator is keen to assist fish passage over the weir despite this not being a condition of the CAR licence (as it’s under 1m in height and there limited increase to the volume of abstraction that currently exists) and will hopefully soon install a simple angled baulk fish pass to achieve this.

Skeldon Mills until the 1990’s generated their own electricity using this scheme until it fell into disrepair when ownerships changed. The new developer plans to utilise the existing turbine but couple this to a new gearbox and generator. Abstraction levels have been agreed with SEPA but essentially, the scheme won’t take that much more water than currently flows through the lade and consequently we don’t expect any impact on fish migration. Once necessary repairs are completed and the new screens are installed, it will only be the grid connection that delays generation from commencing however, optimistically, the developer hopes to have things up and running early this summer. 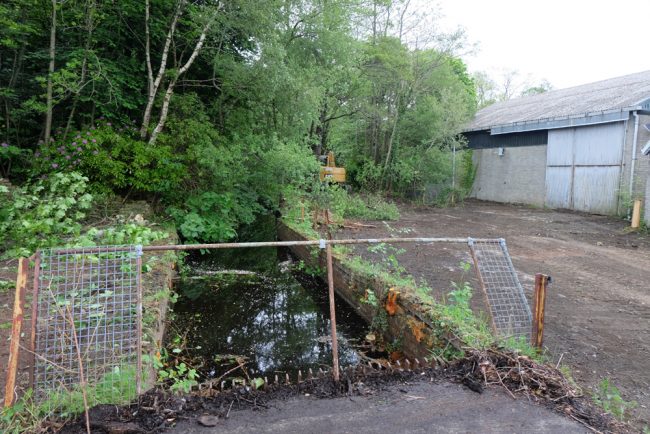 The intake lade where we will be removing all fish before desilting.