Electrofishing in the upper Girvan

Whilst the recent rain and high waters in Ayrshire Rivers are great for anglers, it can present a problem when it comes to completing our annual summer juvenile salmonid electrofishing surveys (amongst other things, high flows lower catch efficiency and make it unsafe to wade in the river with the equipment). With an overnight dump of rain on already saturated ground, levels quickly increased and a quick check this morning on Guagemap showed all Ayrshire Rivers were up. Main stem and larger tribs would be impossible to fish so we decided to try our luck in some of the smaller tribs higher up in the catchments where the water would be running off quicker. We decided to head over to the upper Girvan catchment and see if we could get in somewhere there.

Our first site was the unfortunately named Claty Burn. It’s not a site that the Trust has surveyed before and at first glance I could see why. Its relatively small, has probably been dredged and straightened in the past and did not look fishy (especially for salmon). Nevertheless, we decided to press ahead and survey it to see what turned up. The first site was just upstream of the main river so if there were any spawning gravels here surely a salmon may take a wee adventure up. Sure enough after a couple of sweeps a young of the year salmon was caught. We headed further upstream to another site on the Claty and again we recorded salmon fry in our survey. These results are important and improve our understanding of salmon distribution in each catchment and will also feed into the Scottish Government’s methodology for assessing each river. 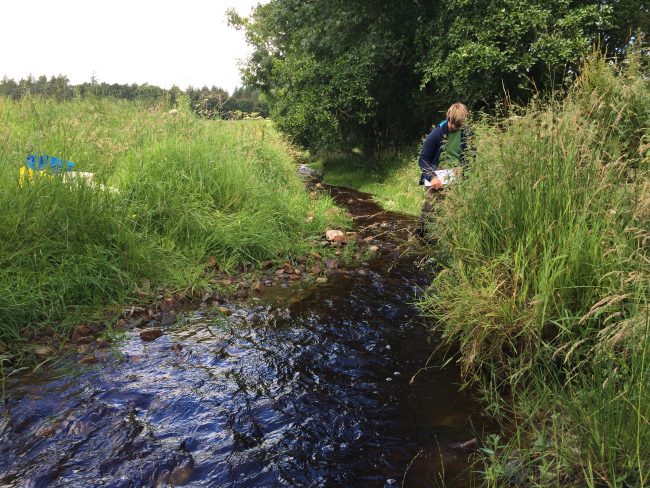 The upstream site on the Claty Burn. Gravels for spawning were surprisingly good

Our next stop was the Genoch Burn and from there we moved to the Palmullan Burn. The Palmullan is the textbook salmon tributary – faster flows, larger gravels, a mix of habitats for all life stages and some nice dappled shade from the mix of trees and shrubs running along each bank which also serve as cover from piscivorous birds. As the day was drawing to a close we tried to fit a survey in on the Dyrock Burn but levels were too high so the Capenock Burn was selected for a quick presence/absence survey. 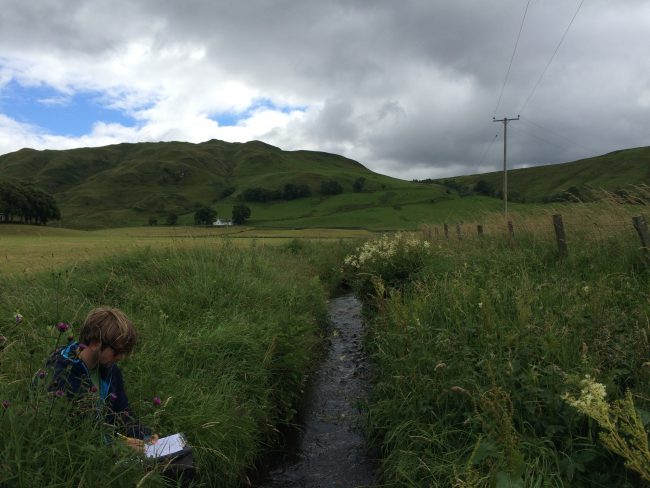 The Genoch Burn. A small upland watercourse on the Girvan. Despite being only 1m wide salmon spawn here 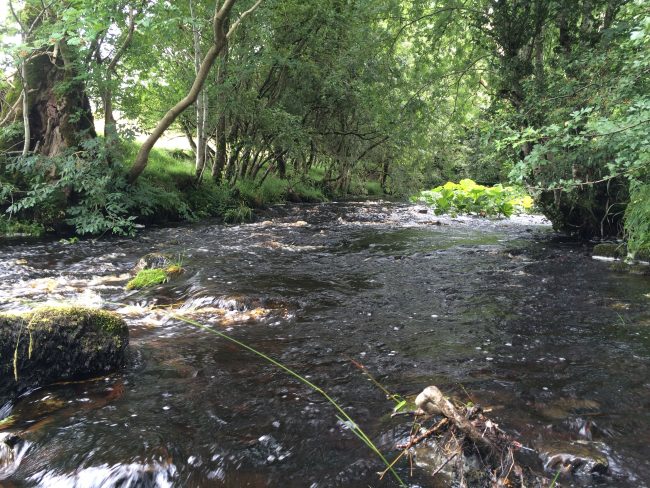 The Palmullan Burn. An important nursery area for salmon on the Girvan. 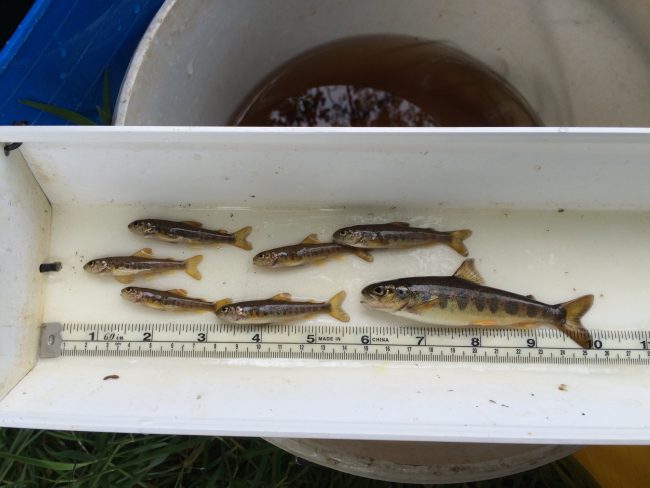 A fine selection of juvenile salmon from the Palmullan Burn

Juvenile fish surveys are a crucial for understanding processes within these important tributaries and although they only give a snapshot of the population dynamics in each watercourse they undoubtedly help with the management of the river. Interpreting what turns up in the survey is always the interesting part. For example, the presence or absence of certain life stages and the density of these fry and parr all tell a different story. Many other factors also have to be considered. What size they were (is there a biomodal distribution in the length-frequency histogram for the 1+ category i.e. are some fish preparing to smolt earlier than others from the same cohort?), what other species were present (intra and inter-specific competition), what were the environmental factors leading up to the survey e.g. flows and water temperatures in spring and the previous winter affecting egg and alevin survival. Has the habitat changed? The list goes on.

There is nothing more satisfying than recording migratory fish species that have recolinised an area of a catchment that has been opened up due to a barrier removal or an improvement in water quality. On the flipside there in nothing more dissatisfying than seeing fish densities decline or become absent as a result of pollution or a new man made barrier. Juvenile surveys are a way of proving success or failure in fisheries management and a great tool that the Trust will continue to use for many years to come.