Electrofishing in the upper Girvan Follow up to Kilkerran Erosion

As part of our management project to determine salmon migration success through Loch Doon Dam we have counters installed in the dam to record adult salmon moving upstream and juveniles heading downstream as smolts. The Vaki counter had been causing a few concerns recently and has recently been refurbished and reinstalled. It now  appears to be working as it should once again. We downloaded data this afternoon and there appears to have been at least one salmon moving upstream in the last couple of weeks. We will analyse the data in the next few days to get an accurate figure but it is a relief that the counters appears to be functioning as it’s meant to once again.

We installed a PIT tag reader recently to count smolts moving downstream. This relies on us catching parr and inserting tags into the fish, during the season prior to them smolting. We did this last year and again today. Of course the hard part often is finding parr upstream of the dam to tag but after a short electrofishing session, we managed to capture around 20 today. 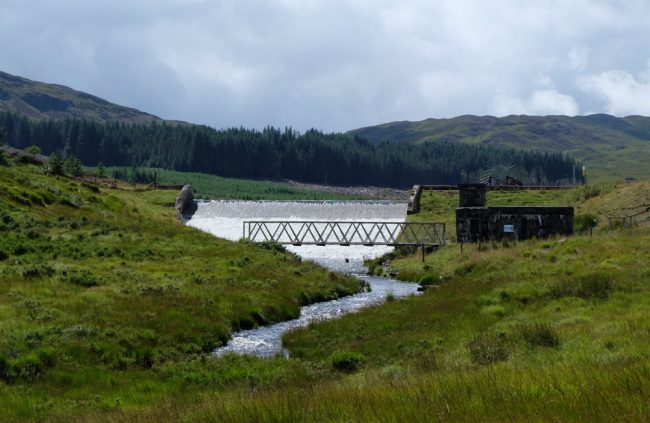 Loch Finlas Dam is the upper limit of salmon migration on the Garple Burn. Perhaps in time our work at the loch may lead to improved fish passage at this dam but first we will need to assess the spawning potential in the burns upstream. 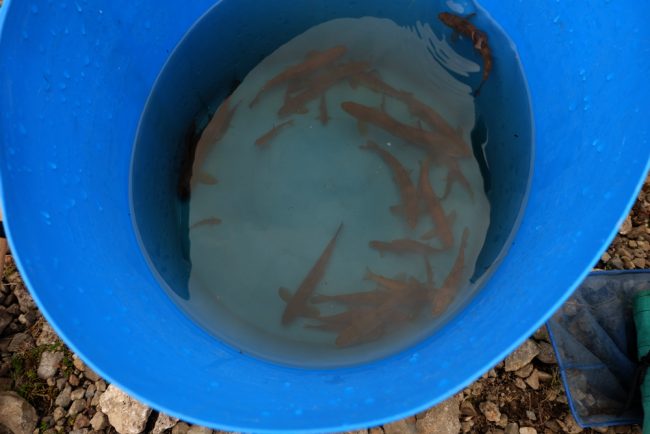 A bucket of trout and salmon captured in a tributary of the loch.

Each of these wee fish now have a unique signature ID that will allow us to record them passing through the dam on their way downstream, and hopefully, should they return as adults, they will be counted back into the loch.

The tag reader was installed (with some difficulties) during and immediately following the smolt run on the river and we were concerned that we may have missed all the smolts leaving the loch. However, during the latter stages of the installation we noticed some 20+ parr in a chamber of the fish pass. These fish were late leaving the loch but at least they were on their way. Since the installation was completed, there appears to have been a further 28 tagged fish moving downstream during July. This is very late for smolts and is concerning.

Earlier this week, I received an image of a smolt that was caught on the loch near the castle. So far this fish appears to have been unable to find a way out of the loch. 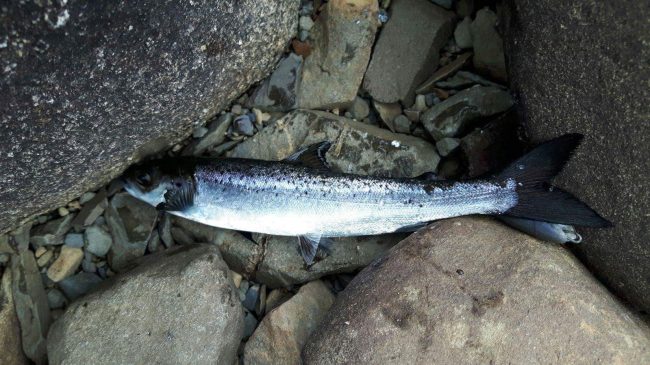 A salmon smolt caught in Loch Doon during August. This fish has been unable to find it’s way out of the loch to the sea. Photo courtesy of Ian Montgomery

This is exactly the kind of information that we need to support and justify changes to management of water levels and access to the fish pass where it appears that downstream migration is at least delayed and compromised for some smolts. As we gather more data, we should gain a better understanding of what water levels allow the best chance of migration success and may be able to encourage Scottish Power to maintain required levels during the crucial migration period. With more work planned for this area in the coming weeks, we will keep updating readers of any interesting findings.

Finally I thought I’d share this curious image of an overshot salmon parr. This wee fish seem to have been doing well and was similar sized to it’s year class siblings. Deformities such as this are rare. 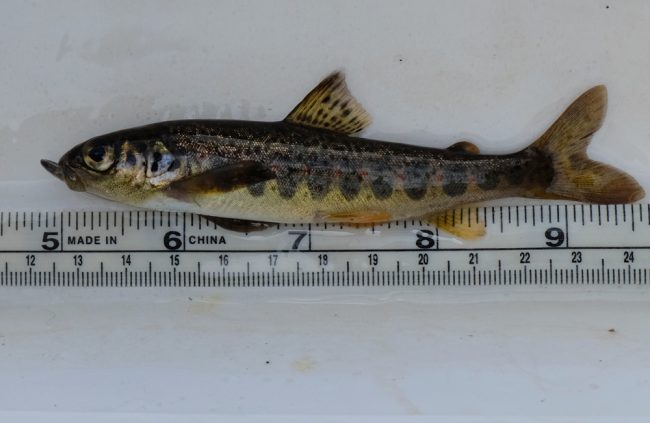 A salmon parr with an overshot bottom jaw 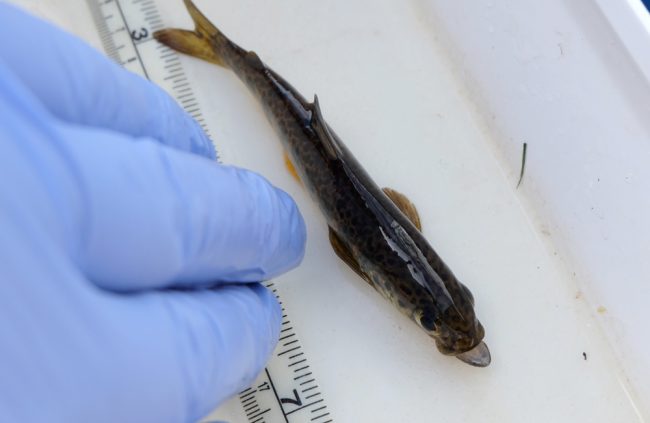 The same fish from above