Back in 2011 we rescued and relocated salmon and trout from the lower Ponesk prior to Scottish Coal relocating the burn to its current location late that year. This move was to allow them to access coal reserves below the old course of the river. As soon as we finished removing the fish, machines moved in and the burn was diverted to a newly constructed channel that had been designed by Halcro and prepared in advance.

Of course we all know Scottish Coal failed as a company and the site was abandoned until recently when Banks Group took over the site after they were commissioned to restore it as best they could to a new design and with a limited budget. They are currently in the process of doing this. Since the relocation of the burn, ART has continued to monitor the recovery of the fish population. Prior to the channel being moved, salmon access was restricted to the lower 400m or so of the burn. Since its move, salmon can and do reach several miles upstream. 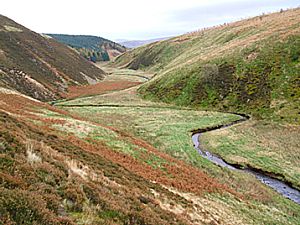 Today we surveyed a site within the new channel and immediately upstream. We found very few salmon but at least they are there and I suspect head straight through the lower modified stretch for more natural and better habitat upstream. The lower reaches we believe are mainly populated by juveniles drifting downstream during spate conditions. We have recorded fry produced within the lower reaches in previous years so salmon can and do spawn there but in low numbers. Trout are doing well in the deeper pools and their numbers appear to be increasing. 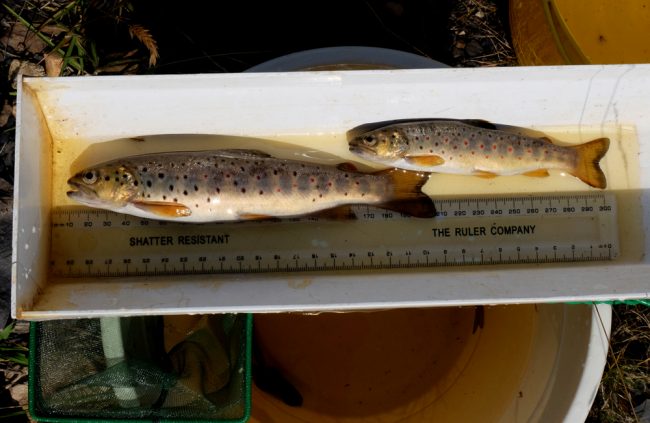 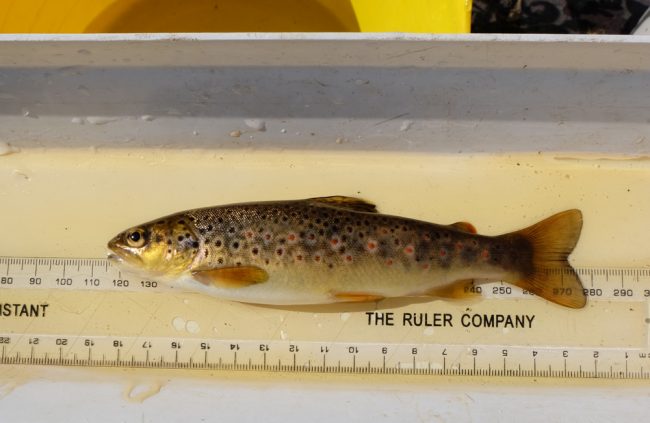 A plum wee brownie. Just look at the shape of that fish…a wee powerhouse!

Looking at how the burn has changed since 2010, it is nice to see that the natural sediments from further upstream are beginning to build up in much of the stretch. Of course this will take quite some time to fully naturalise the bed in the lower burn but it is encouraging to see it happening and gravel bars beginning to form. 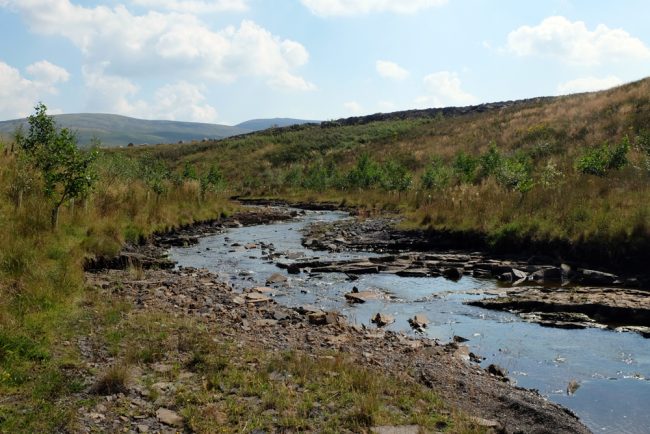 As with any modifications, things change and the burn has moved and left the dug channel in one spot in particular. Tonnes of sediments have deposited at this point causing the burn has be pushed from the artificial route and it has found its own way where it looks really good. I expect this will continue to occur over the years ahead where the burn isn’t too constrained. 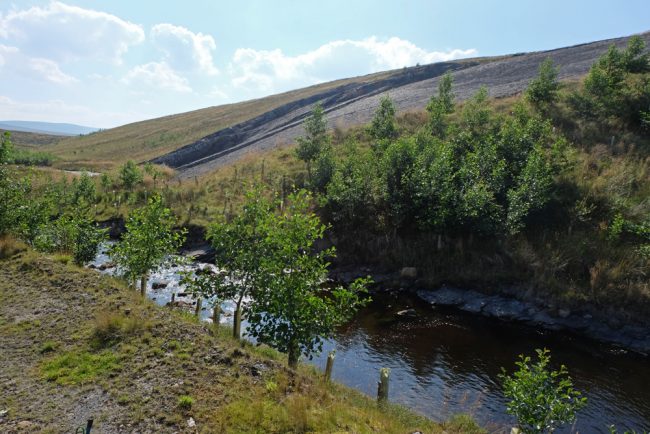 Of all the species planted, Alder is by far the most vigorous and is beginning to change the characteristic appearance f the valley. The bare rock scar behind was designed into the final restoration of this site…. or, I can now say freely, that I expect this could just have been a cost cutting measure as it hardly looks natural or in keeping with any other river valley slope in Ayrshire (as far as I’m aware)

The alder trees have performed best of all the planted species and are way ahead of the rest. They are beginning to soften the stark look of the moorland heath type habitat and in just a few more years will completely transform the character of the valley. They will also provide woody debris, leaf litter and shade so all good for the future. Rushes and a variety of grasses and herbs are established and most of the soils are covered. Either a few sheep or deer are browsing the trees and if possible, these should be excluded for some time yet to allow them to fully establish. 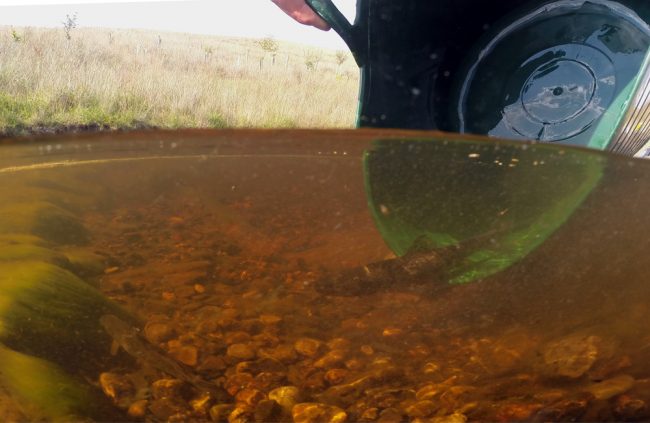 Releasing some of the catch. There are a few nice sized brownies in the Ponesk these days

If you would like to read more about the changes to the Ponesk, just search the blog for ‘Ponesk’  or ‘Salmon from a Coal mine’ and several articles should come up.