Smolt trapping to assess the effectiveness of migration at the Catrine Dam Hydro system well underway, so far there not been many fish in the trap. This new and until recently untested trap is not a conventional design and getting smolts into the trap has been easier than removing them from it. There’s a design flaw with the intake baffle that prevents removal as the smolts hide behind the baffle to escape the turbulence. Other than the baffle, I expect the trap will perform well and eventually should provide a very useful too to assess smolt output. 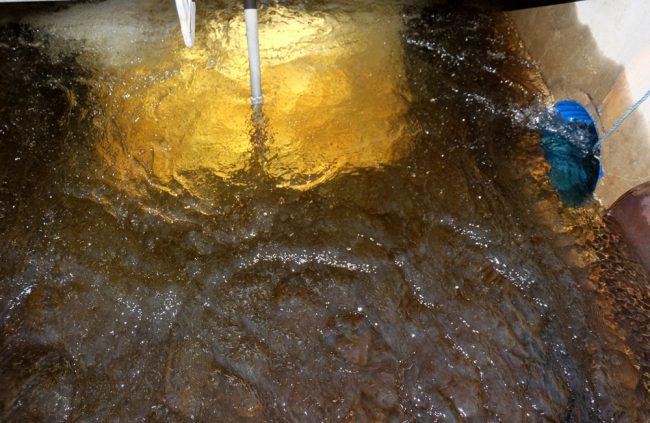 The intake baffle that causes problems 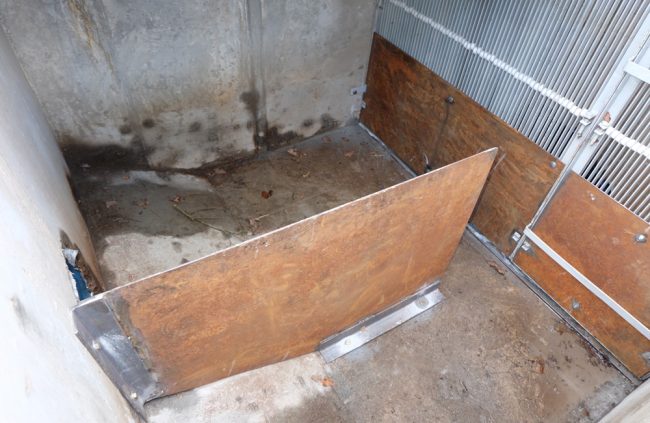 modifications to the trap underway

With CCT’s approval and their blacksmith on hand, we’ve suggested alterations to improve things but so far, none have worked and it looks as though the intake will have to be modified to reduce turbulence and make removal easier. This is a process that has to rely on patience and trial and error while not forgetting that these fish will want to head downstream at the first opportunity so time is of the essence. Here’s a video clip of smolts in the lade. It was encouraging to see them in good numbers. 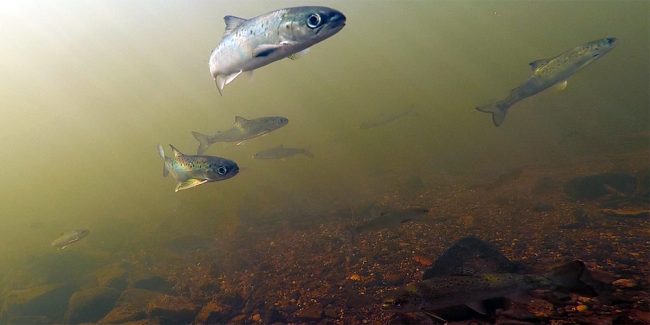 smolts in the lade

There are plenty of smolts in the lade waiting to head downstream but without water, they may just be reluctant to move. That said, we have seen a few smolts in the trap most mornings but removing them is virtually impossible without lowering water levels in the voes and that’s not a practical solution. The trap was modified over the last couple of days to try and encourage the fish to move to the second chamber away from the baffle but again this hasn’t work so far and this morning if the last adjustments have failed, the blacksmith will attempt to fabricate a new intake that doesn’t hinder netting and at the same time reduces turbulence. 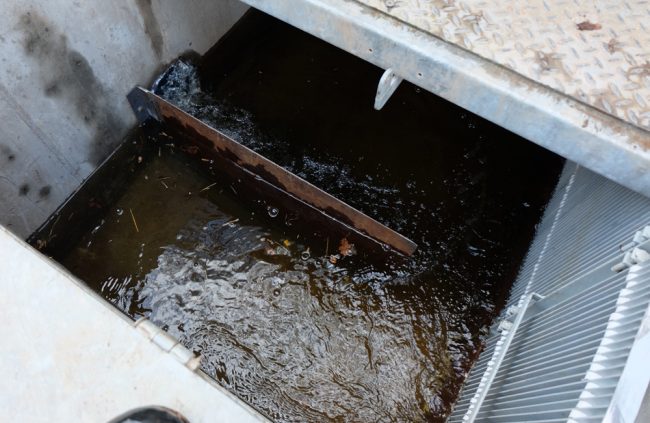 reducing turbulence within the trap

In the last few years, improvements have been made to the dam for hydro purposes and at the same time, the fish ladder and Anderson’s leap have been improved to allow improved migration through the structure. This video shows the dam as it is today. https://www.youtube.com/watch?v=JBe1jAEktD4