Meet the new chairman, same as the old chairman…

On Tuesday last week our chairman William Stafford (Bill to the staff and trustees) stepped down from the chair  of Ayrshire Rivers Trust which he had been since 2013.  Bill joined us as trustee in 2011.

Over the last six or so years Bill has been a huge support to the Trust, staff and trustees. Overseeing the Government’s step into fisheries management and providing a steadying hand throughout the process was invaluable at a time where the future was fraught with uncertainty. Bill will be sorely missed by staff and trustees alike.

Peter Kennedy has assumed the position of chairman (Peter has previously been chairman) following Bill’s departure from the role and Fiona Ross has taken up the role as vice chair. In the short term the role of chairman will be rotated between Peter and Sir Pat Hunter Blair.

We will shortly be recruiting new trustees and anyone who thinks they may be interested should contact Stuart initially to have a chat about this. 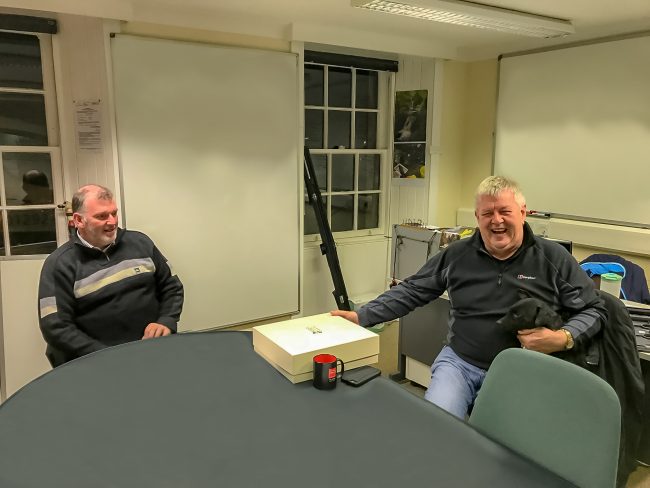