The Doon DSFB asked for our assistance to stock some of their fry out in the upper catchment. While we remain unconvinced of the results and real benefits of of hatchery stocking, there can at times be justification for it and if it’s done properly, should hopefully this brings some beneficial results. 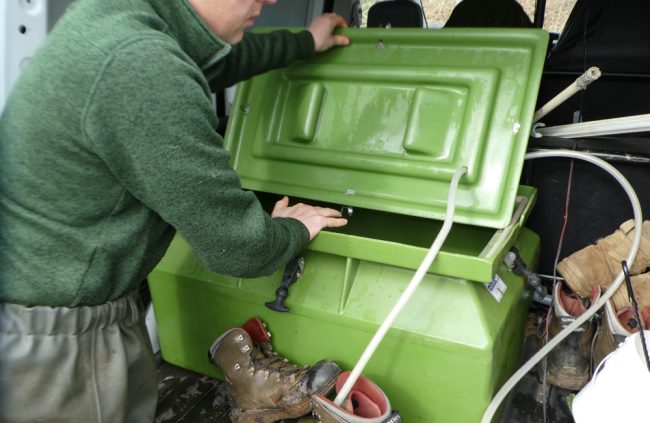 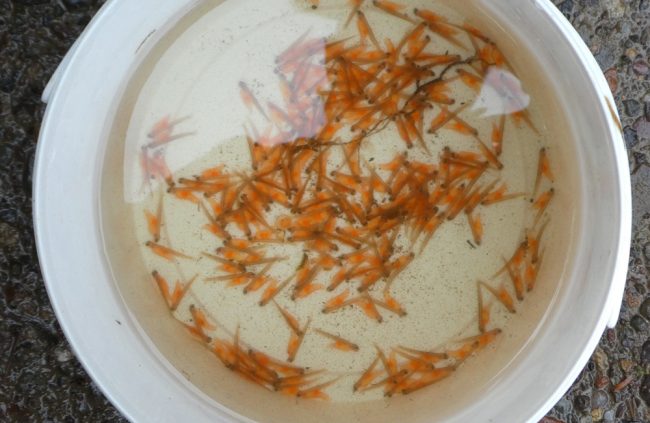 As these fish were still on the yolk sack, they are alevins and have had limited conditioning in the hatchery. Hopefully they will survive in the various location we put them and we will check later this year. The areas we stocked will have little competition from other fish and hopefully few predator birds to deplete the numbers quickly. In all the locations we stocked, the habitat was pristine and uncompromised. These fish will have the best possible opportunity to thrive. 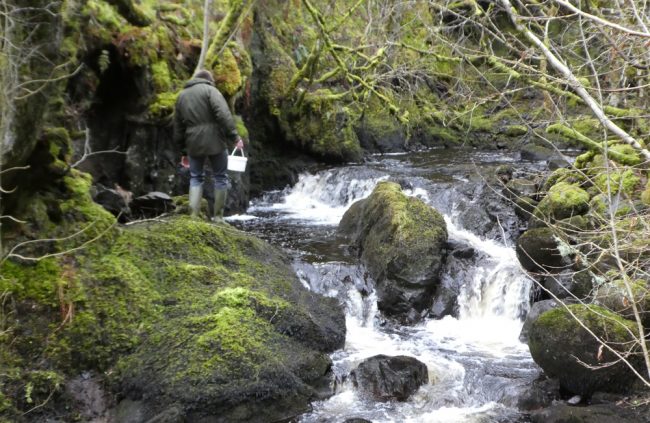 Good water quality and pristine habit. Struan was picking his way upstream to a suitable release spot. Alevins do best when introduced among cobbles as they aren’t yet ready to swim in strong currents

In all, we stocked 13500 alevins today and will put another 7000 out tomorrow. After that, its down to the DSFB to release the remainder which will be fed on, for some time. 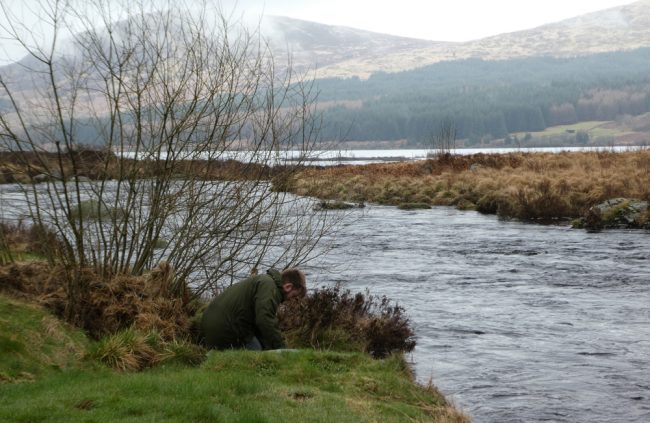 Loch Doon in the background. These fish will provide us with future fish to monitor as they migrate through the loch and hopefully reach the counter in the dam. That said, losses in freshwater reservoirs and loch can be high as we’ve found out in some years previously. Wind and currents affect their success and from here there’s a 5+mile journey to the other end of the loch and escape down the Doon. That journey will be hazardous enough with plenty of trout and perch and even the odd osprey looking for an easy meal…but that’s why each salmon produces so many eggs and so very few ever make it back to complete their lifecycle

One Response to Doon hatchery stocking