The Legacy of Mining 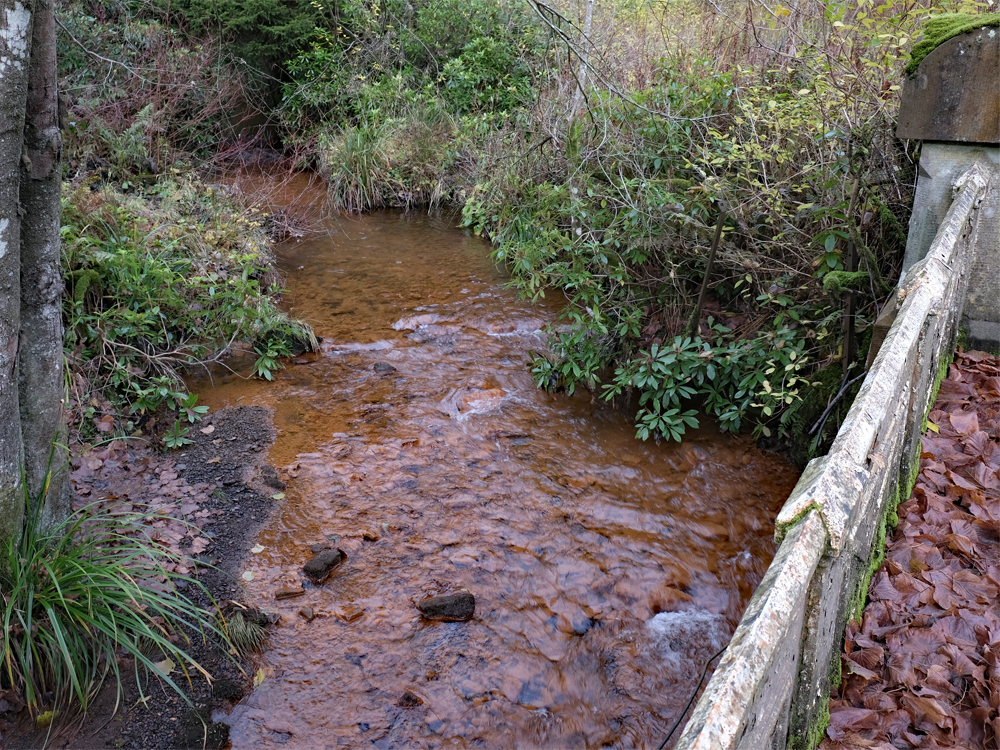 Iron encrusted sediments that are not conducive to egg survival. The Hareshaw joins the Stottencleugh in the top right of this photo and offers some fish spawning opportunities despite its small scale

I nipped up to Glenbuck yesterday to check on the trout spawning that takes place in the Stottencleugh Burn; the very source of the River Ayr that flows into Glenbuck Loch. This burn has been severely impacted by historic mine water upwelling from old shafts for years. Trout spawn in the iron oxide covered gravels and their eggs die due to anoxic conditions. We performed egg box trial here several years ago and confirmed this theory.

The only saving grace has been the upper 520m of accessible habitat left in the the burn that was relatively (not totally) free of mine influences, and of course the Hareshaw Burn where around 30m of usable habitat is available and highly productive. The wild fish spawning in these two areas were the few that survived and kept the natural population of Glenbuck alive. Those spawning in the iron enriched gravels failed. The Hareshaw only has a few metres of useable habitat before further access is barred by a waterfall and it is so heavily used that redds are repeatedly over cut. 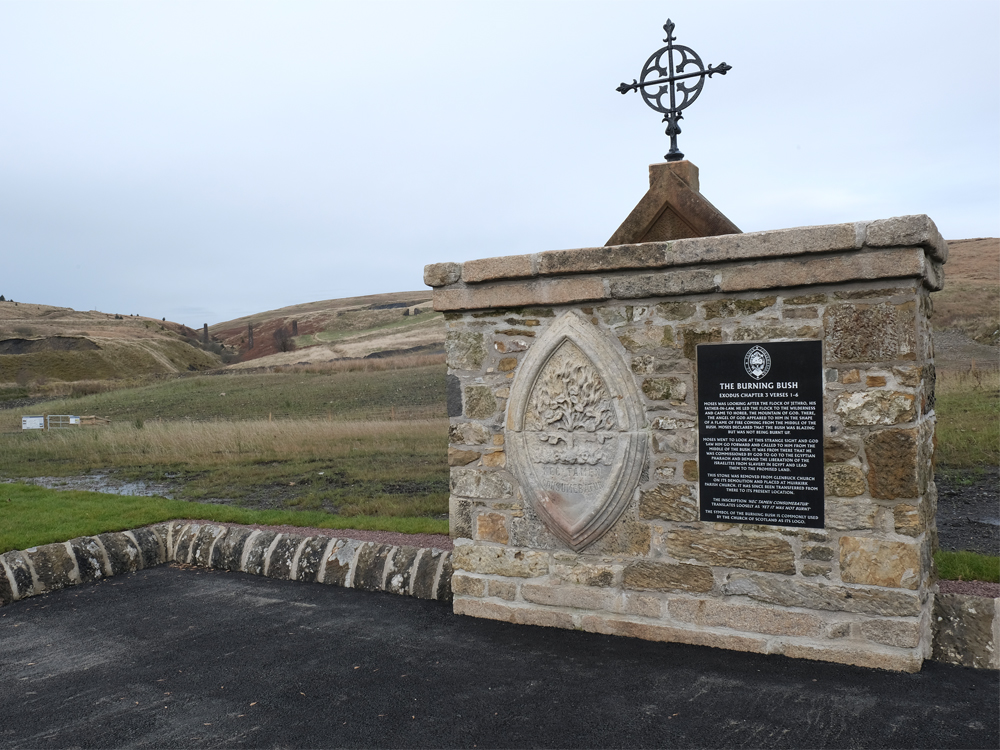 A new feature provided to celebrate the heritage of Glenbuck Village. I remember the church that stood on this site and the houses that remained prior to them being demolished to make way for the mine around 1990. While it is appropriate that the village and heritage is remembered, it is equally important that the burns and their function are restored.

Following this summers very public celebrations by Scottish Government senior ministers, the Scottish Mine Restoration Trust, local government officials and others over the completion of the restoration at Glenbuck and Spierslack, I only discovered yesterday that the upper 520m of relatively productive habitat is now iron enriched. Presumably this follows recent changes to surface water handling and perhaps upwelling ground water at the site during restoration. There was little if any consultation with the Trust or Ayr DSFB over the proposals and restoration process and I can’t help feeling extremely disappointed at this outcome. Yes the ground has been put back into something acceptable but the water quality and burns will be impacted for decades to come. I intend to raise the Stottencleugh issues with SEPA as I already have, the issues over Spireslack discharges that damage salmon spawning redds. 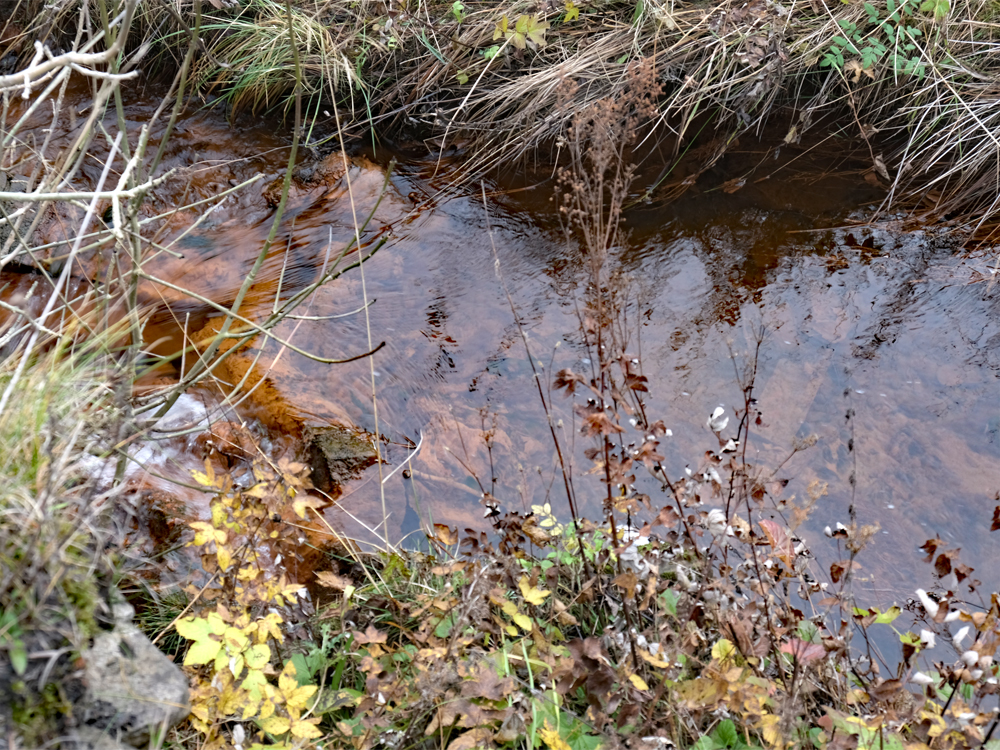 I believe it would be prudent to seek guidance from MSS and if appropriate, necessary permissions and licenses to either relocate trout spawning from these burns or strip fish and rear their eggs to enable them to survive in nearby habitat that is barren of fish or under utilised, as to allow them to continue spawning here is futile, sad and ultimately will lead to further decline of wild trout in Glenbuck Loch which is isolated from the upper Ayr poplulation by the dam. While I’m no fan of breeding fish, this may be a better option under these unique circumstances. I’ll take it under advisement.