The long awaited upgrade to the bywash at Catrine Dam was completed a couple of weeks ago just in time for the anticipated smolt run. This new bywash will function along with the old one that didn’t appear to be particularly attractive to smolts migrating downstream in anything but low flows. 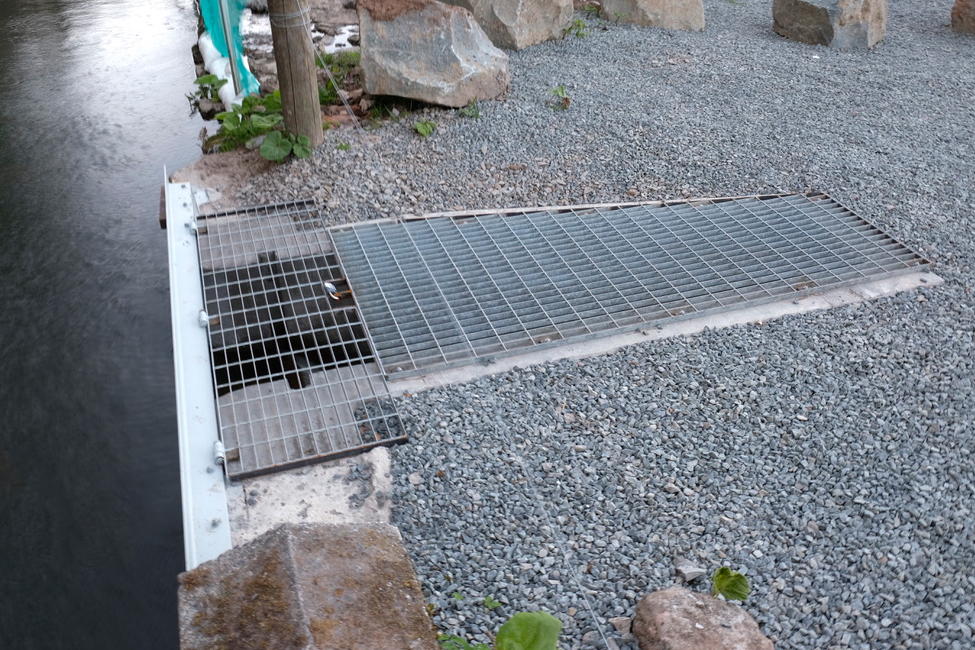 The newly completed bywash intake at the lade in Catrine

Hopefully now there will be adequate opportunities for smolts to leave the lade and prevent the backs ups we’ve seen since 2017 when the hydro scheme was first commissioned. Ayrshire Rivers Trust and the Board worked tirelessly to bring about these changes after the evidence mounted that showed the original bywash was unfit for purpose. SEPA agreed and eventually the operating company emplyed another hydro specialist to design the new bywash. Hopefully this time it will work but until it operates for this season’s smolt run and the results assessed, we won’t know however, it does look a much better design that previously installed. 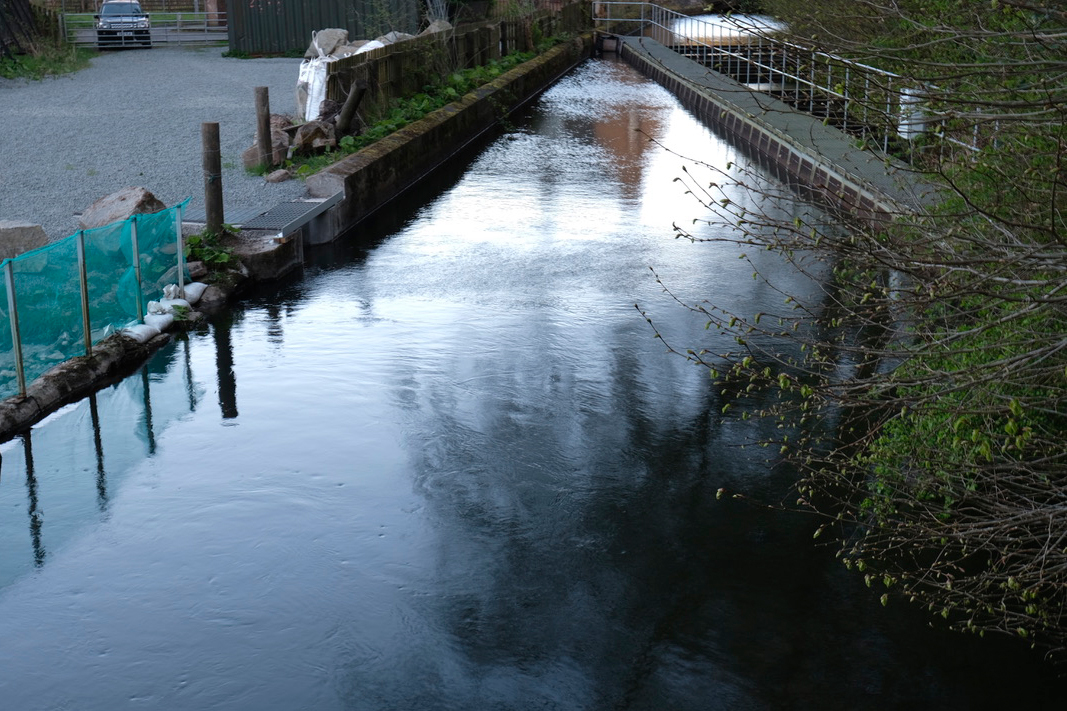 The intake is positioned near to where smolts congregated in the last 3 years. Hopefully it will be attractive to smolts

The only concern we have currently is that with the middle pool levels so low, the outfall from the bywash is shallow and may lead to scale loss from smolts as they are discharged out of the pipes into the river. Perhaps there are plans still to deepen this area but now is the time that it’s most needed. We will ask about this. 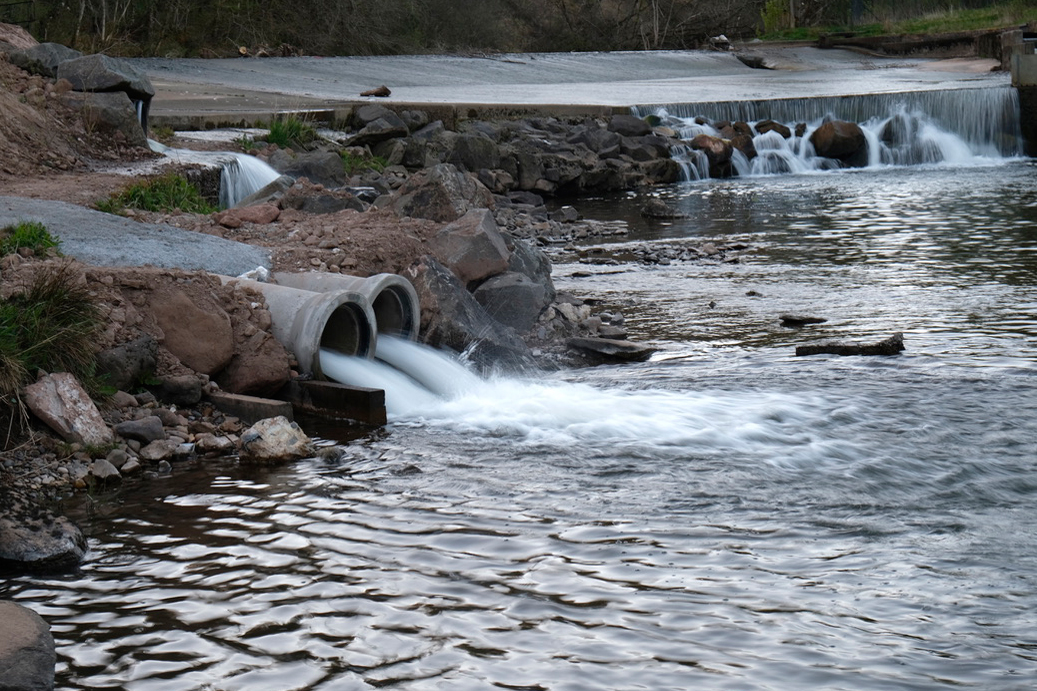 The new outfall incorporates an improved pipe for the older smolt bywash yet there appears to be a lack of depth below these discharges that could lead to smolts suffering scale loss.

With only 9mm or so of rainfall this month and the river very low, the smolts have yet to reach Catrine in numbers but they will come, I’m sure. There were a couple within the lade this evening when we checked. We will keep an eye on this over the next weeks to see how things develop. This is essential work that can’t be done at home nor delayed so is justifiable under the current lock down conditions.

Finally, we see that there has been rock armour added to the eroding section upstream of Anderson’s to prevent further deterioration. We welcome this and look forwards to the remainder of the planned works at the ladder being completed shortly. 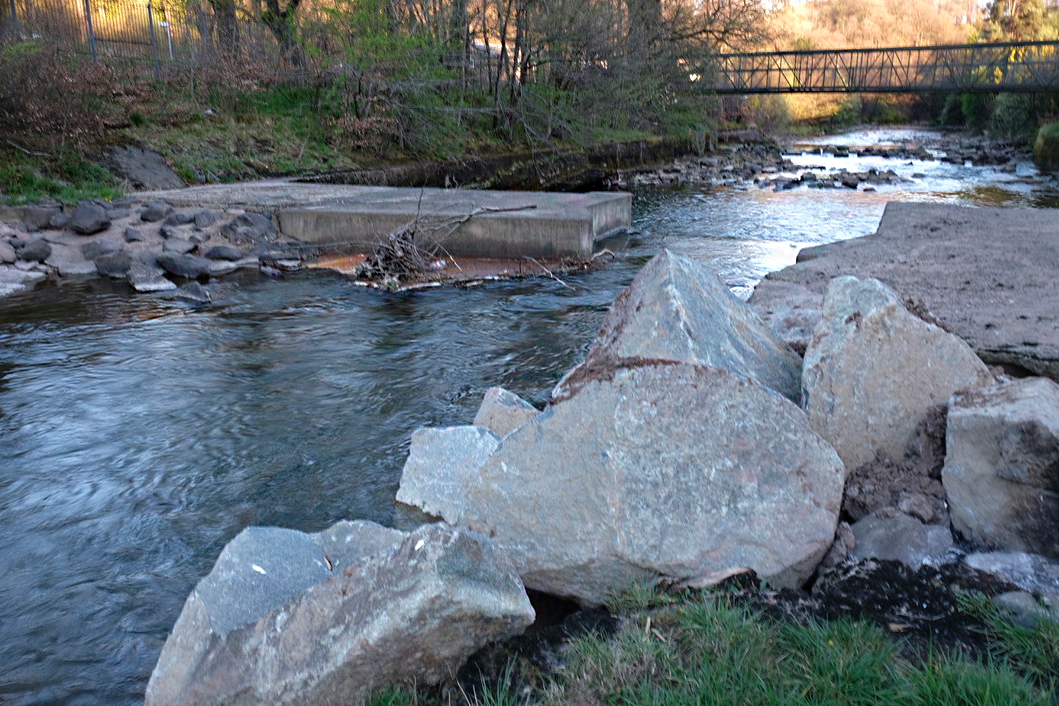 Rock armour placed above Andersons to prevent further deterioration of the concrete.