By Struan Candlish On August 23, 2022 · Add Comment
Fish rescues are an increasingly common aspect to Trust life and a crucial part of developer’s workflows when working in and around water. 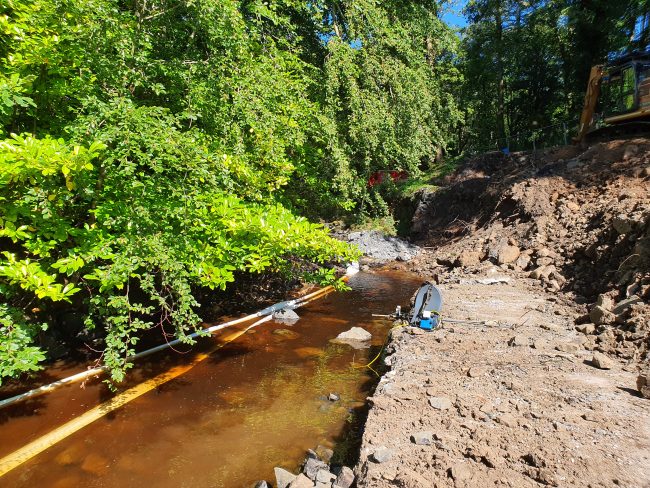 Not a large watercourse, but many trout and salmon were present throughout the site. 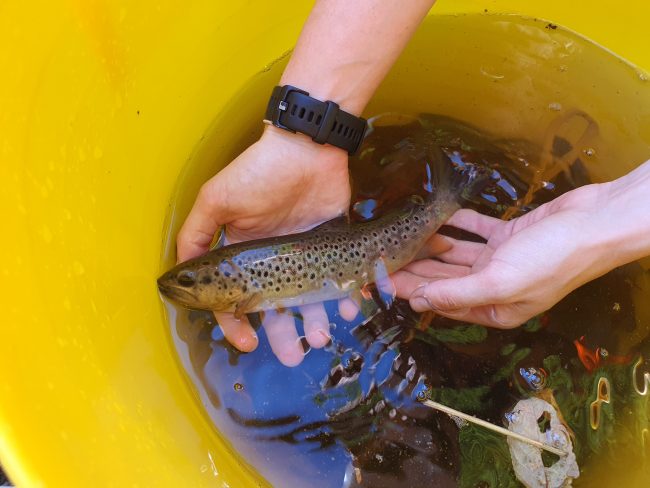 A nice sized brownie, which was removed from a deep bouldery channel.

Recently we completed a rescue on the Kilmarnock Water ahead of bankside repairs near a footpath. The workers onsite were surprised to see us remove several dozen trout, many salmon parr and salmon fry from the site and as well as some lengthy eels. 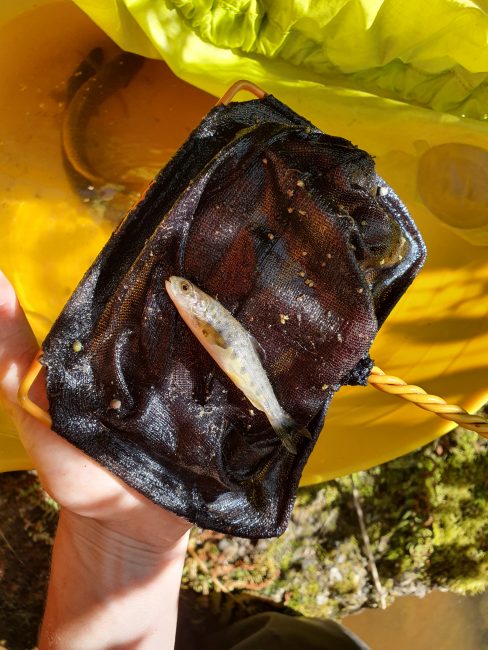 A salmon parr removed from the work site and placed out of harms way to allow the site to be dewatered.

Watercourse size is never a good predictor of fish populations but to the layperson, lack of width and depth often indicates no fish. It’s very infrequent that we survey a watercourse that doesn’t yield fish and some of the most diminutive burns have exceptional fish populations.
Trustee Advertisment Ayrshire Rivers Trust Annual General Meeting
Share →
Tweet