Salmon and sea trout catch returns for each of the major Ayrshire rivers. 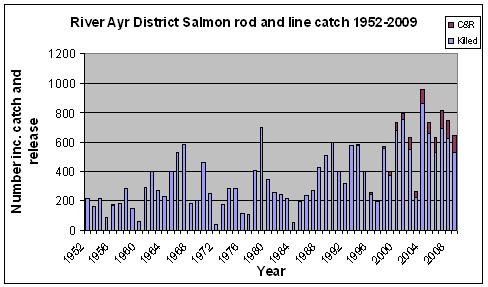 All the other Ayrshire rivers had a peak in the overall salmon catch during the sixties, when salmon smolt survival was at its highest. This was not the case on the River Ayr, where reported rod catches are still on an upward trend. The installation of an effective fish pass in the weir at Catrine in the 1970’s has improved access into the highly productive upper Ayr and tributaries. 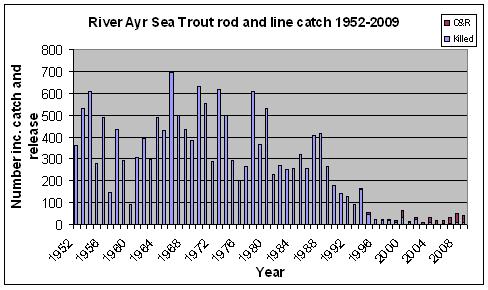 In common with other Ayrshire rivers there has been a dramatic decline in sea trout fishery on the River Ayr. Research into the reasons for this decline are ongoing. 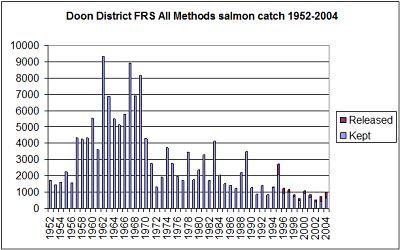 The all methods salmon catch peaked in the 1960’s. The vast majority of these fish were taken by the coastal nets at the mouth of the river. The netting effort declined in the early nineties and ceased completely in 1996. The graph below shows that the rod catch peaked in the Doon during the nineties, coinciding with the reduction in netting effort. There was one particularly good year in 1995 when over 2000 rod caught fish were landed.

In common with other Ayrshire rivers there has been a dramatic decline in sea trout fishery on the River Doon, although there is still a small but viable production of sea trout smolts. 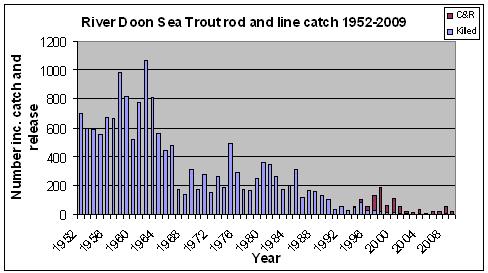 The graphs below show the rod and line catch returns for the River Girvan (FRS Salmon and Sea Trout data). 2008 was the second best year ever on the river for salmon rod catches. 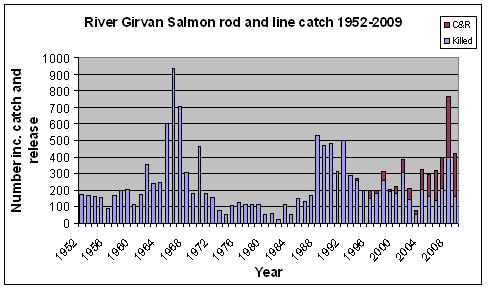 The sea trout catch graph shows the former productivity of the river as a prolific sea trout fishery. In recent years the annual catch has generally been less than 100 fish. 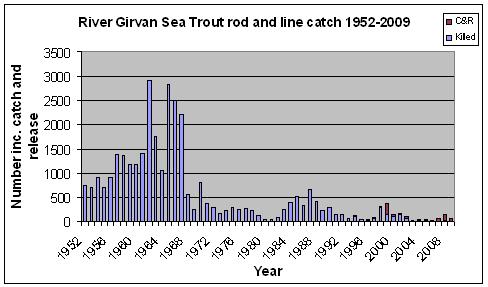 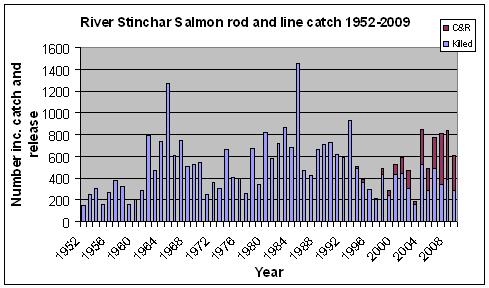 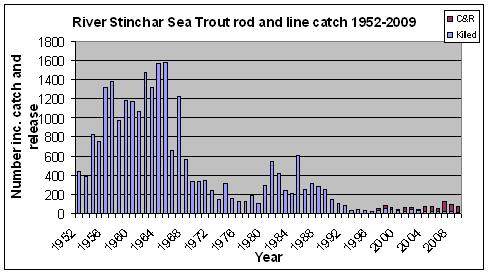 The graphs below show the catch returns for rod and line in the River Irvine District, which includes the River Garnock (FRS Salmon and Sea Trout data) 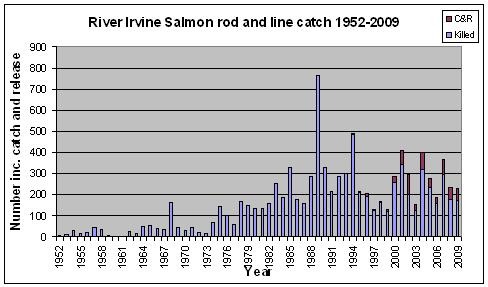 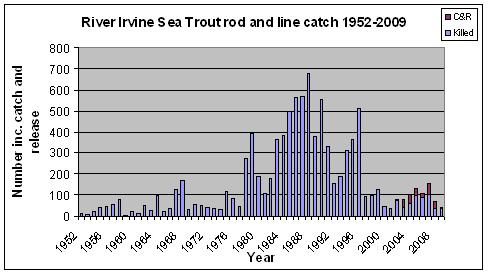