At the top of the Greenock Water, near Muirkirk, lies the Greenock Culvert which has created long term problems for fish migration since construction around end of the 20th century. The Trust identified this as a priority barrier for easement due to the highly variable salmonid populations found upstream from year to year. This was confirmed through a SNIFFER Barrier assessment process in 2014.

ART obtained a CAR licence to install a timber baffle system which would allow migratory salmonids improved access to valuable habitat upstream of this barrier. Some of the most pristine spawning habitat is located on the Greenock and Dippal waters. The culvert presented a substantial barrier due to its length and gradient and fluming effect that was created, particularly in high flows. 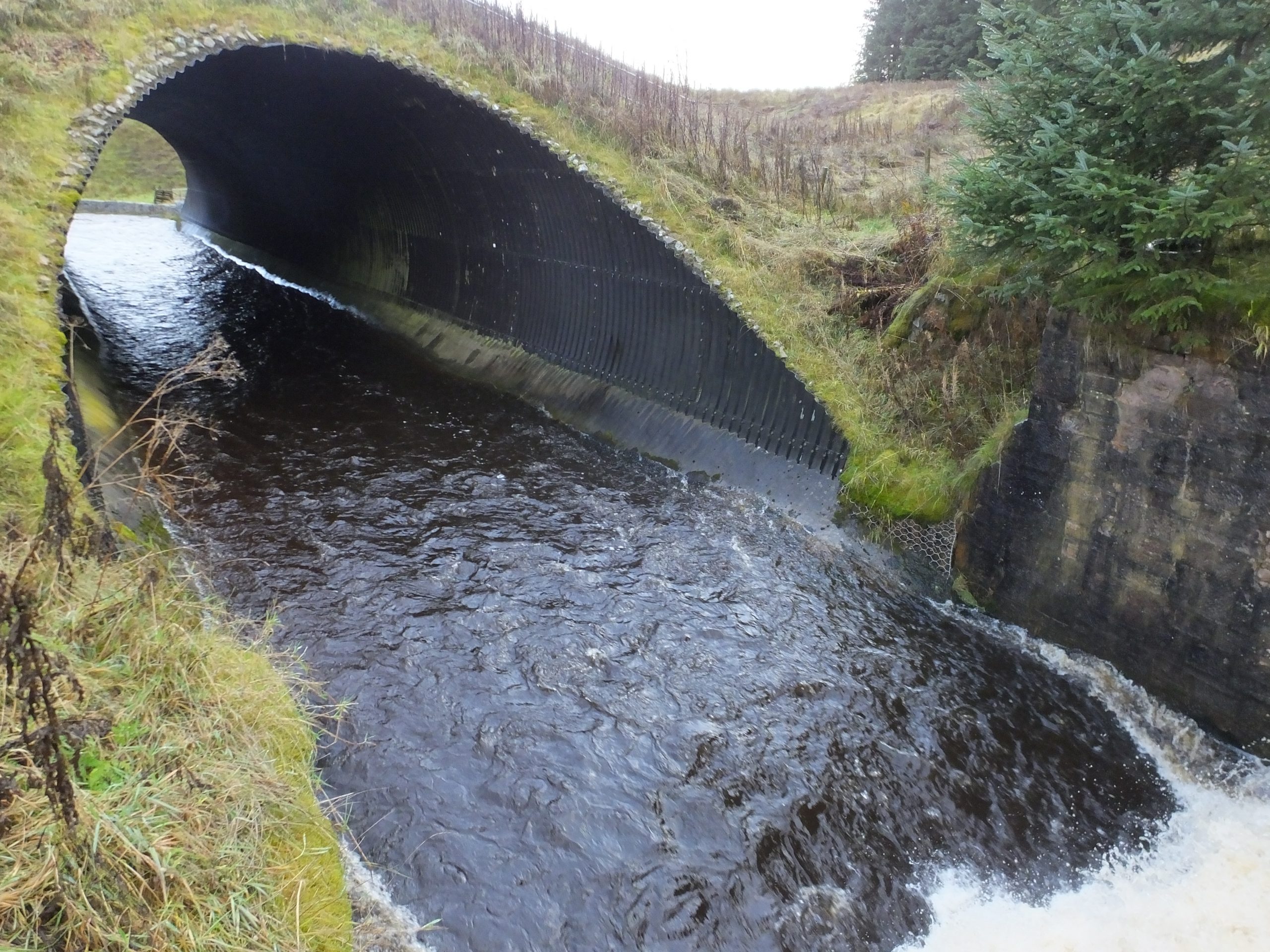 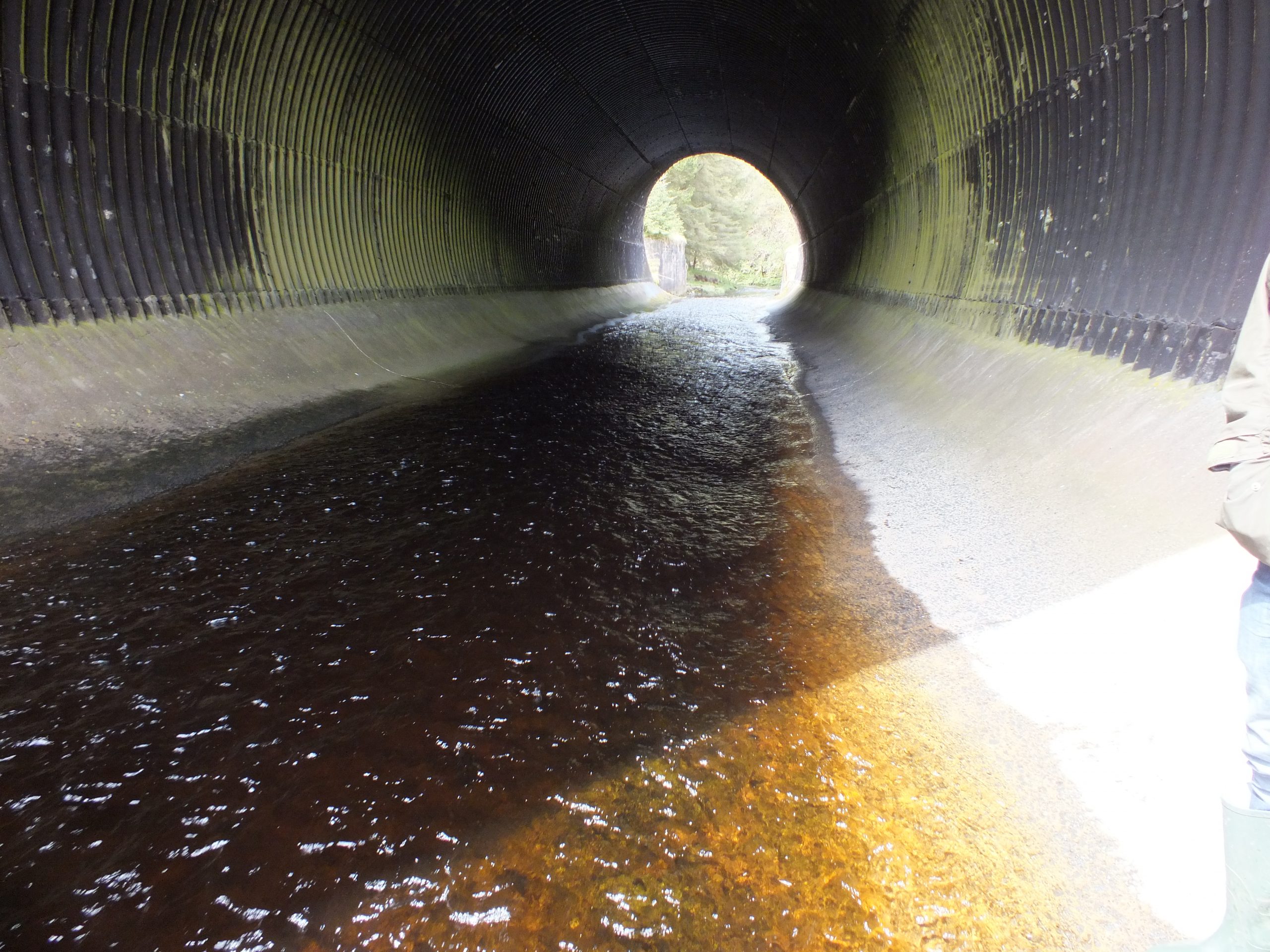 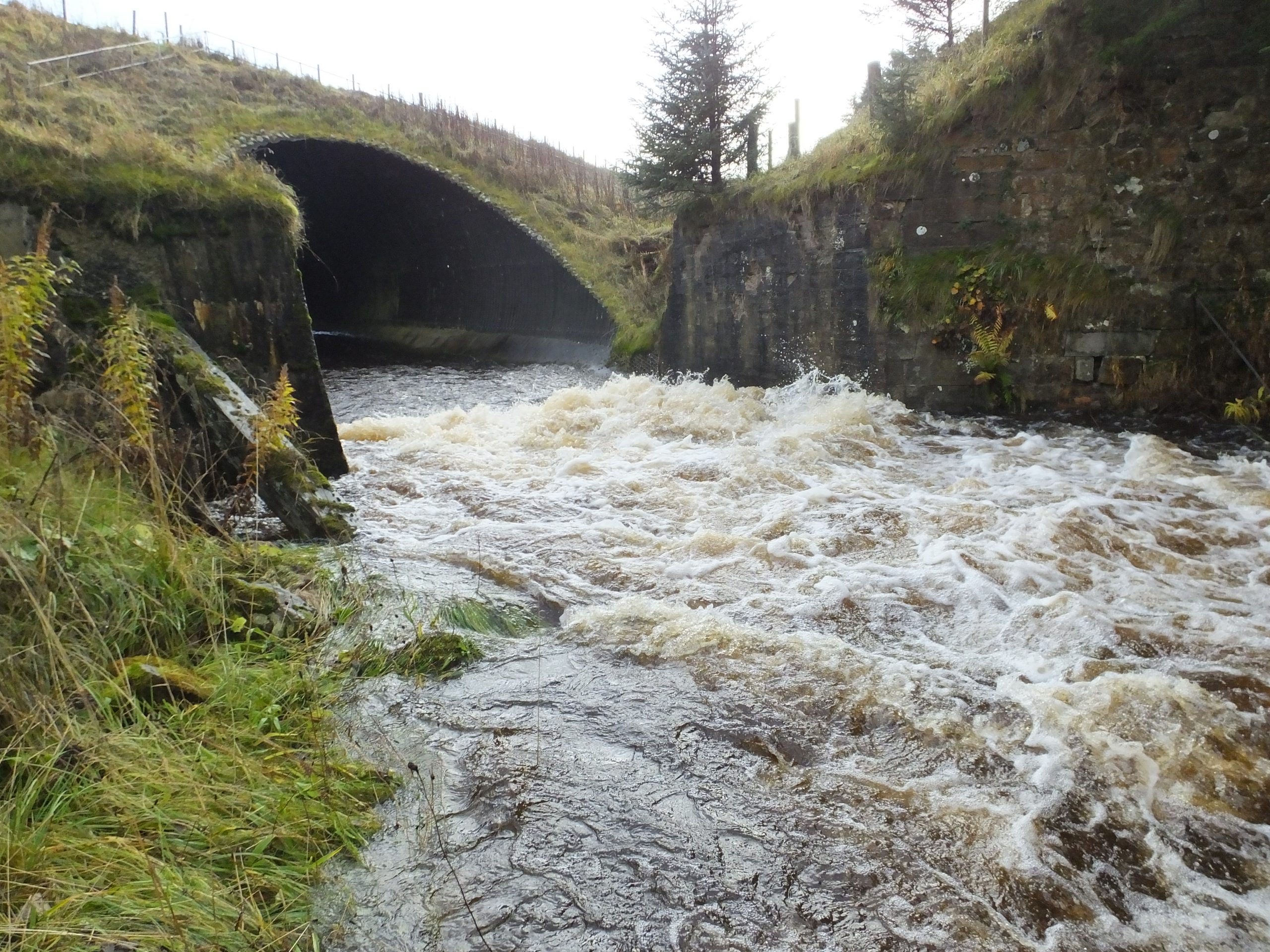 Greenock Culvert during various flow conditions prior to easement.

ART negotiated this work with SEPA and contractor’s George Leslie Ltd. It was a custom designed solution by ART and built by George Leslie Ltd with ART’s supervision and we fine tuned it as they installed it. The barrier easement was completed in March 2022
ART will monitor spawning success upstream of this culvert for years to come and evaluate this easement. 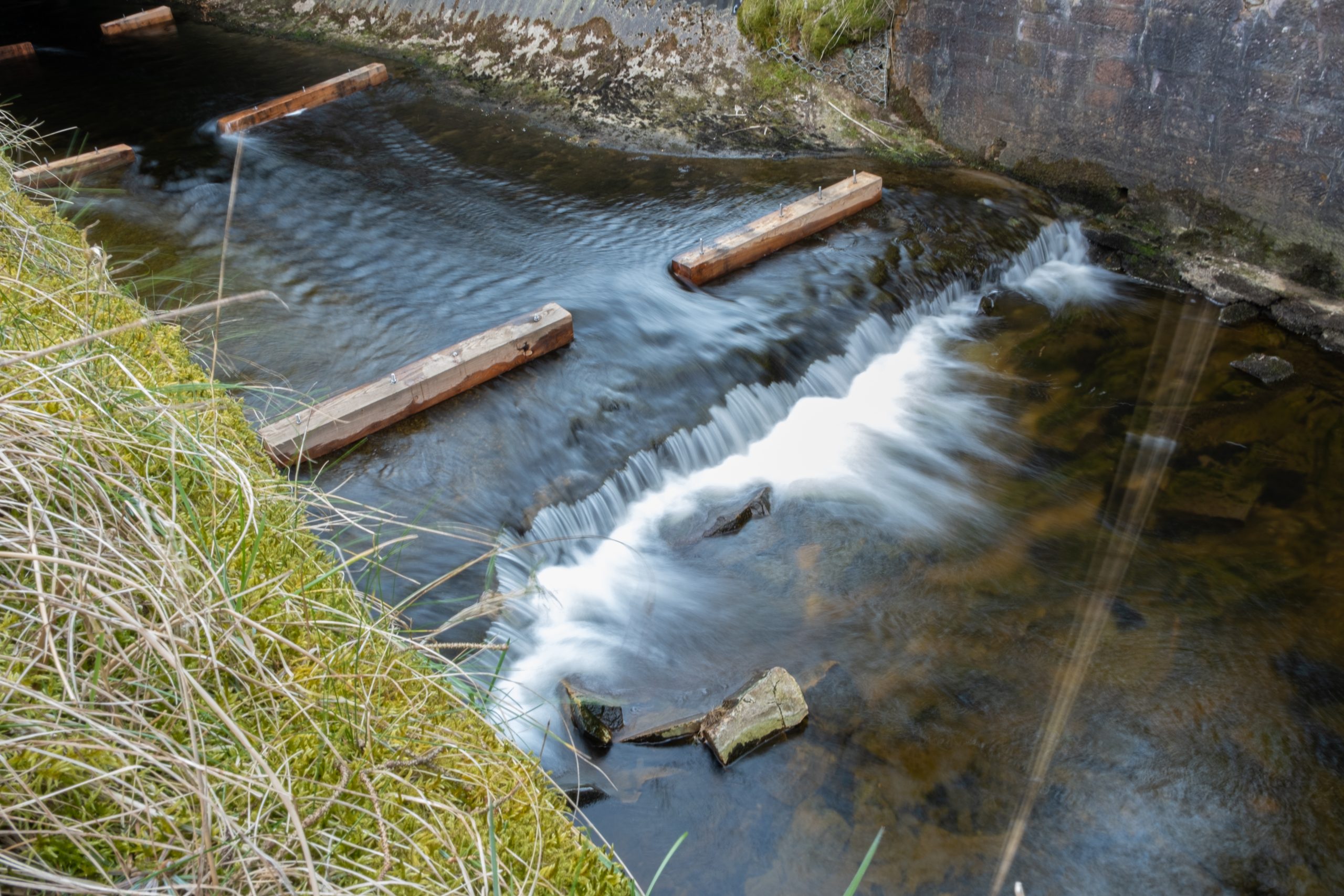 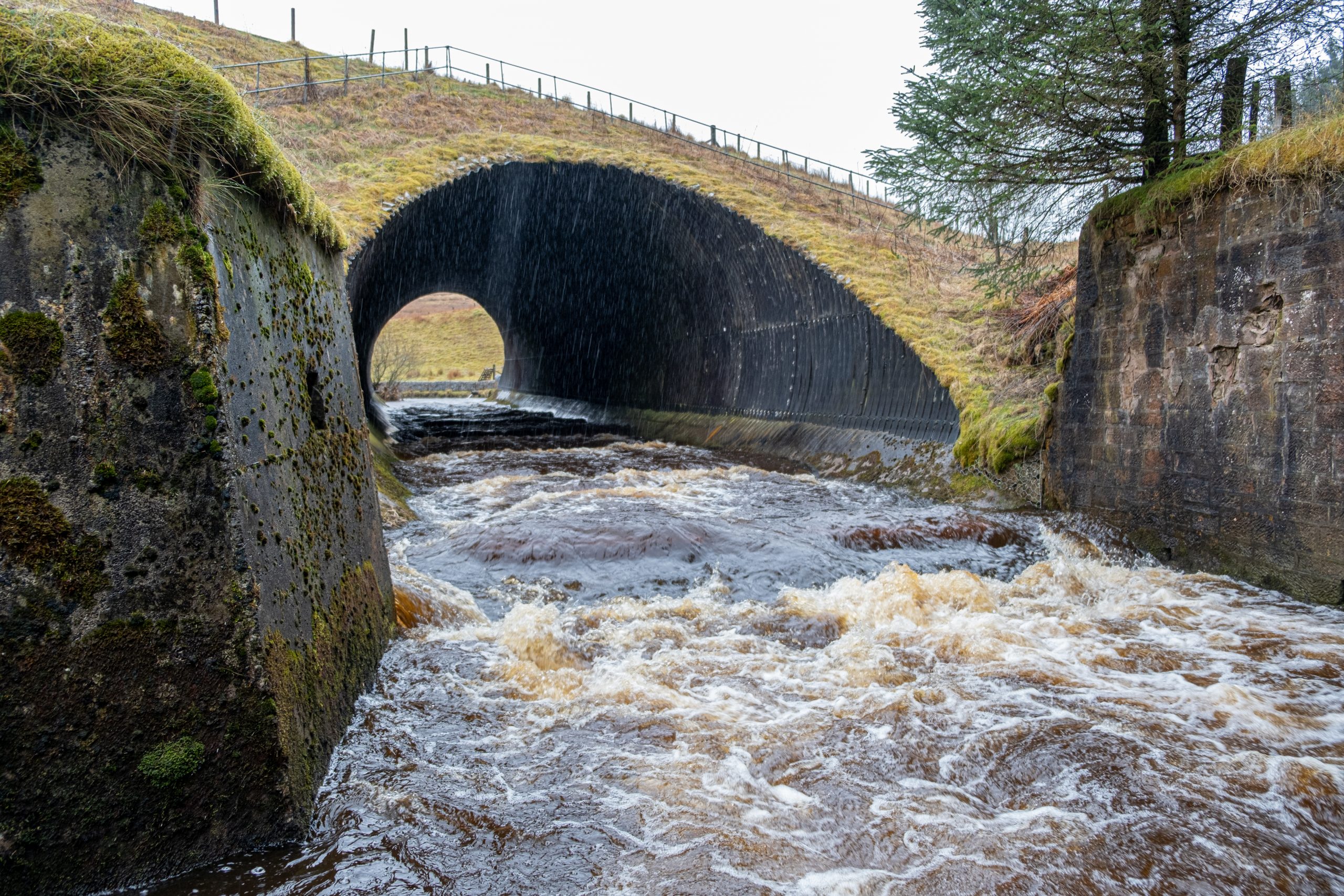 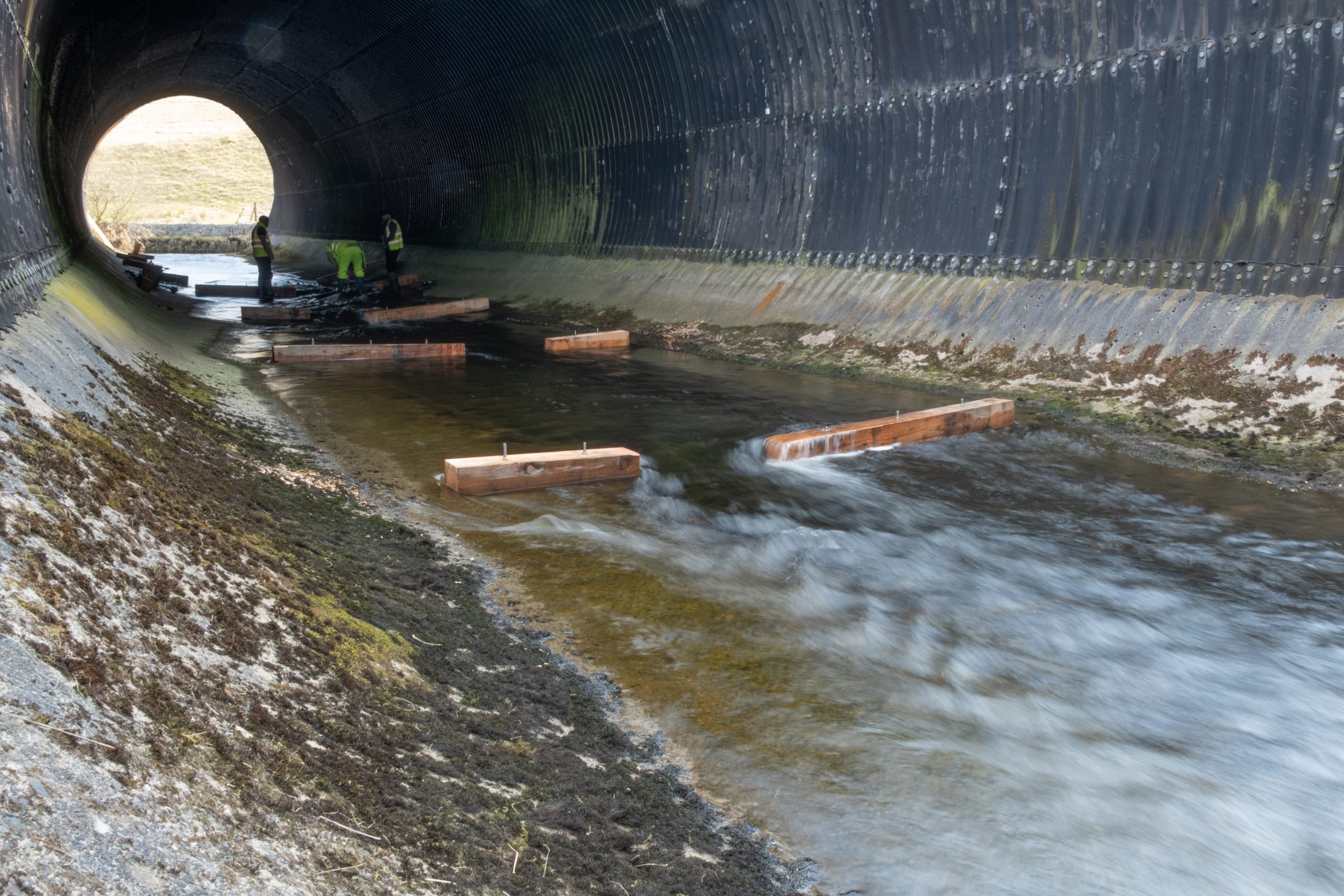 After timber baffles were installed into the Culvert