Final survey roundup for 2013 The End is Nigh

With the weather being so nice and water levels dropping, I decided to have one last day at surveying before hanging up the waders so Helen and I headed back to the Doon catchment. We managed a single site on the Chapelton burn before our electro-fishing gear once again packed in so that was that…..the end of surveying. I’ve been frustrated beyond belief with our new equipment this season. It is a fantastic piece of kit, better in so many ways than the old heavy backpack but unfortunately the anode has caused problems repeatedly and it’s all down to the connector plug. You would expect it to be the simplest repair but for some reason it has been problematic which has caused the air to turn blue on several occasions. I will now request that a new anode is sent as we can’t afford any more breakdowns with it next year.Anyway, the results at the Chapelton Burn were poor as usual but we did capture one lovely looking trout. 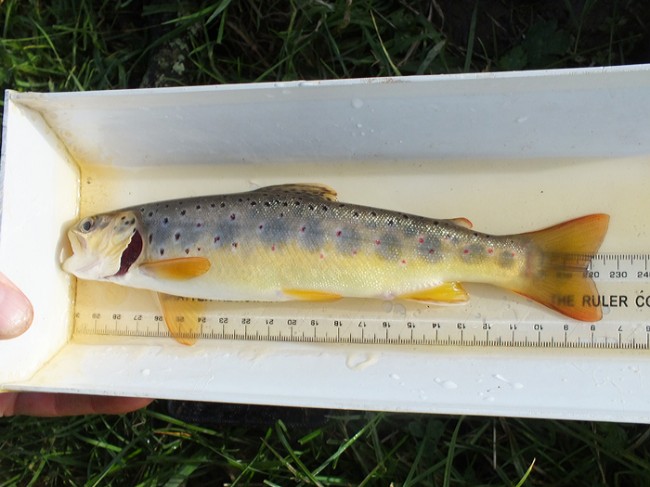 A lovely trout from a very poor burn

We headed upstream to the Brockloch Burn to fish it unaware that the backpack has stopped working. Last year we found a single salmon fry at the A77 road bridge where it crosses this water. It appears to be the only tributary within the Chapelton sub catchment that has reasonable water quality despite a fair amount of siltation. I suspect that any salmon and most of the  trout produced in the Chapelton come from this wee burn as the substrates are ideal for spawning, something lacking in the rest of the Chapelton Burn. 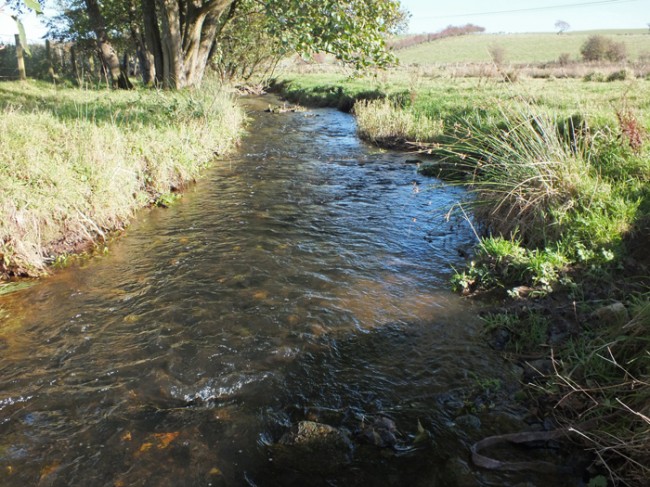 Potentially the best spawning habitat available in the Chapelton system

Unfortunately we quickly realised that we were unable to fish the stretch due to our equipment failure so are unable to confirm its importance, however we decided to walk the lower reaches of the burn to assess its potential. At the confluence with the Chapeton Burn, a water gate had collapsed blocking access for all but the smallest of fish. Helen and I spent the best part of an hour removing the build up of detritus and silt before finally removing the offending item. Access restored, we headed upstream and found the road culvert blocked, once again by a collapsed water gate. We set about removing this and found a lorry tyre wedged in one of the pipes too. With this rubbish removed, the water levels dropped and fish passage was restored. 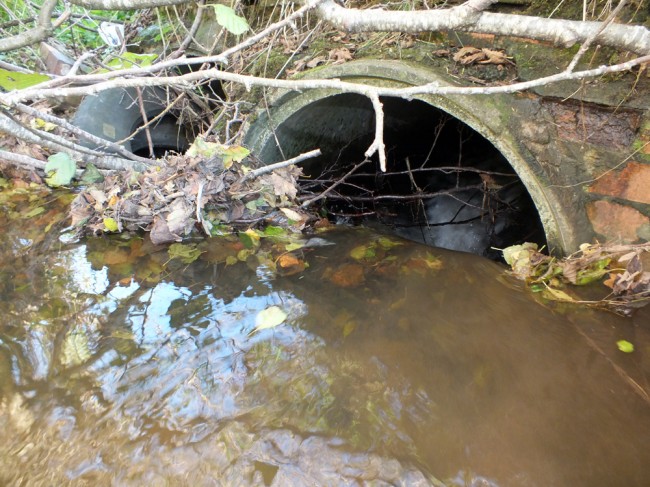 The upper end of the road culverts were blocked and virtually impassible. 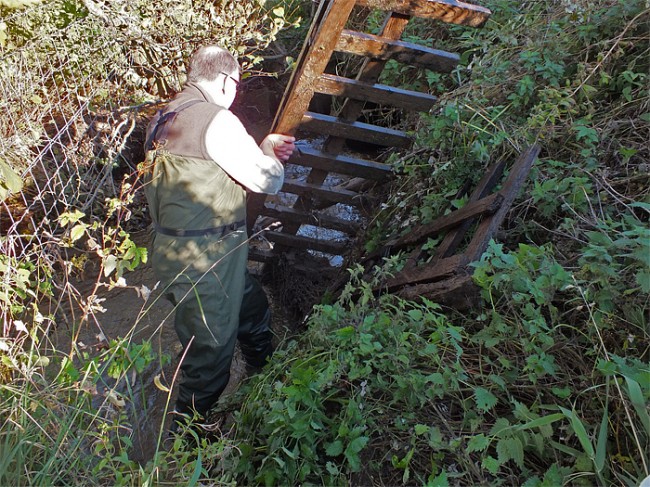 One of the offending object causing the blockage. 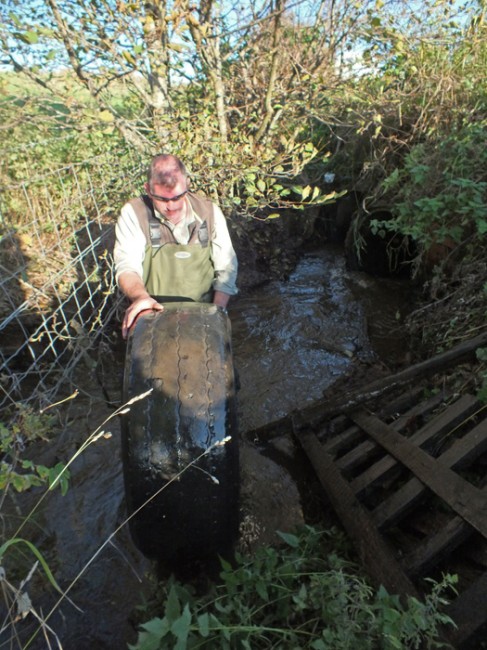 A lorry tyre that had become firmly wedged in the pipe. 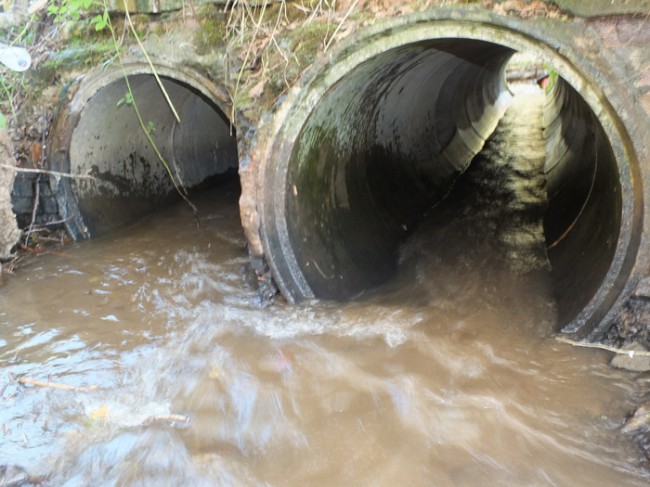 Success. Culverts cleared and ready for a salmon.

I’m in discussions with SEPA over experimental gravel cleaning in a couple of locations on the Doon this year. I would like to include the area of the Brockloch pictured above as it should be relatively easy to perform. Unfortunately we didn’t manage to gather baseline data by which any improvement can be compared but we know that in general this area under performs. I suspect that any salmon that turn up in our site just 350m downstream are likely to be produced in this area as it is the only suitable spawning habitat that I’m aware of.

I will also attempt to pinpoint the main sources of the silt as we could bring long term improvements through fencing. The Chapelton Burn and tributaries were once productive and I’d like to think it can be restored. Anyone willing to assist with gravel cleaning, please get in touch asap. Fingers crossed, we will be able to agree a plan with SEPA and get cracking soon.

Finally, as we end our survey season, we had to say goodbye to our assistant Helen who has worked tirelessly for the Trust since she joined in June last year. Funding is tighter than ever and unfortunately we are not in a position to extend her contract to a permanent post. Helen has been an enthusiastic and valuable addition to the Trust and we are all sad to see her go but I’m certain she will do very well wherever she ends up working. We wish her all the very best and thank her for all the hard work she put in over the last year or so.