Caaf Reservoir a week on Barriers

We returned to Caaf again today to attempt to gather the samples for health checks. This time we were able to launch our inflatable and set a few gill nets in the hope of catching a few wee trout. 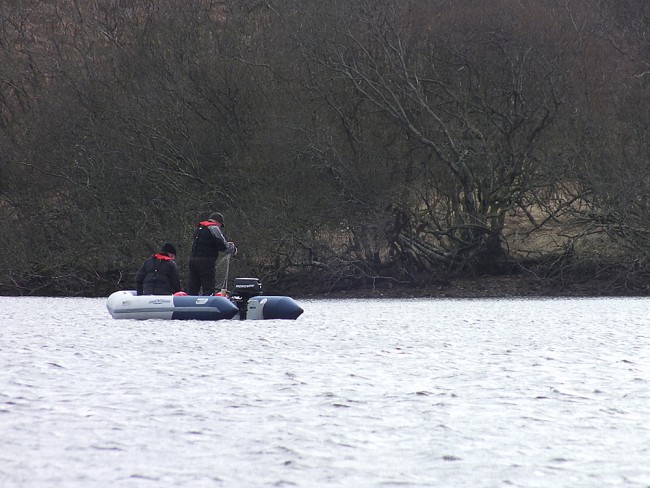 Setting a net this afternoon.

We also were equipped with a down scanning sonar and fish finder to assess the overall population ahead of the fish rescue. We had heard that there were thousands of wee trout in the reservoir and possibly quite a few rainbows that had been stocked in previous years. With the sounder on we set off to pick the hot spots and set a few nets. We only had the afternoon which isn’t ideal at this time of the year when the fish aren’t that active and we quickly realised that if we were to have any chance catching them, we were going to have to sink the nets to the deeper water of 40′ – 50′ where there were a few fish holding beside the old burn channel. Once we set the nets, we checked their depths on the sonar and confirmed they were in the right spots. 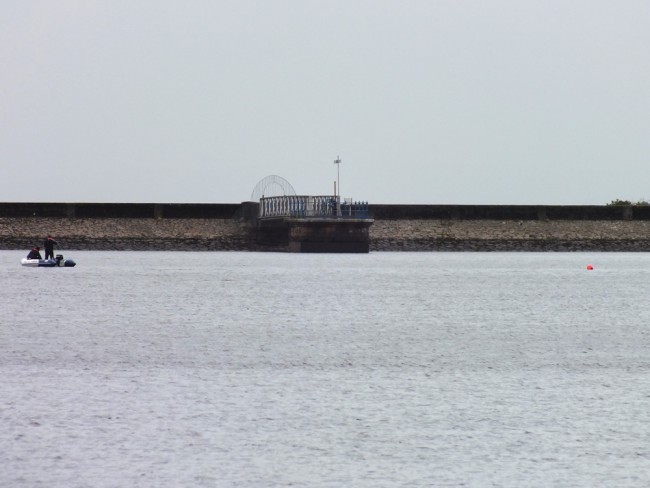 A net being set in 50′ of water where we could see fish holding beside the old river channel on the bottom.

We looked across the rest of the reservoir and concluded that although we did find fish across much of it, they weren’t there in the number we expected. Last season was ‘open season’ on Caaf after the angling club gave up their lease ahead of the levels being dropped. There were frequently numerous boats launched and the loch was very heavily fished for ‘pike baits’, I’m told. Now we all know that angling pressure can quickly reduce stocks and I wonder just how many fish came out of Caaf last year.

We won’t really know what’s left in there until we draw it down again and remove the fish (or as many as possible). We will work with Scottish Water to ensure that the levels are at the best possible height for the netting and we have the best chance of catching a good number. 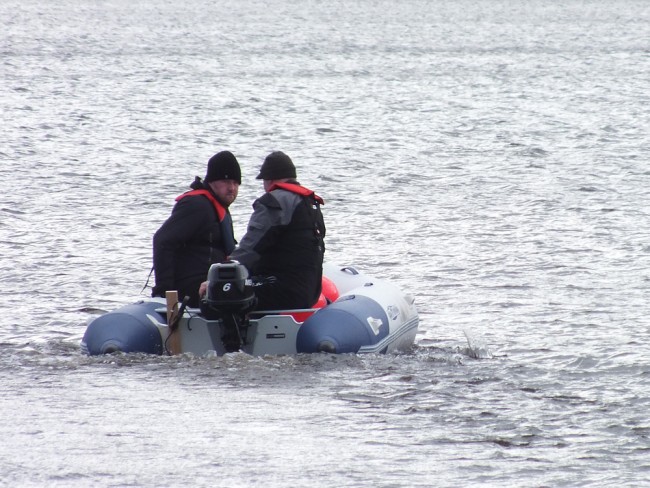 Wrapped up against the weather and equipped with essential life saving equipment for cold water conditions. This isn’t an easy job at the best of times but we just haven’t got the option to wait until the summer.

Our gill nets didn’t really have that long to produce the goods today but we had hoped to get enough to look at their health status. All I can say is that we may be back again shortly. It was a cold day and I was glad of the dry suit and the onesie type fleece that came with it. Water temperature was just 38.4ºF so it was no surprise that the fish didn’t show up. Thanks to Rita again for assisting. I was glad to see she had a Primus stove with her to make a hot cup of tea.