This morning Gillian, Muir and myself were at the Kingswell Burn just downstream of Soames Fishery to carry out a fish rescue for Scottish Water. Following a site induction on Monday morning we decided that the rain was just to heavy to electrofish in….. health and safety is always the primary concern and the conditions were very much against us.

However today’s weather was far more suitable and we set about removing all the fish from a 50m stretch of the burn. Seven trout, one salmon (fry), one eel, two sticklebacks, 3 stone-loach and a brook trout (which was euthanised as it is likely to be an escapee from the fish farm at Soames Fishery) were removed from the burn before the channel was diverted. 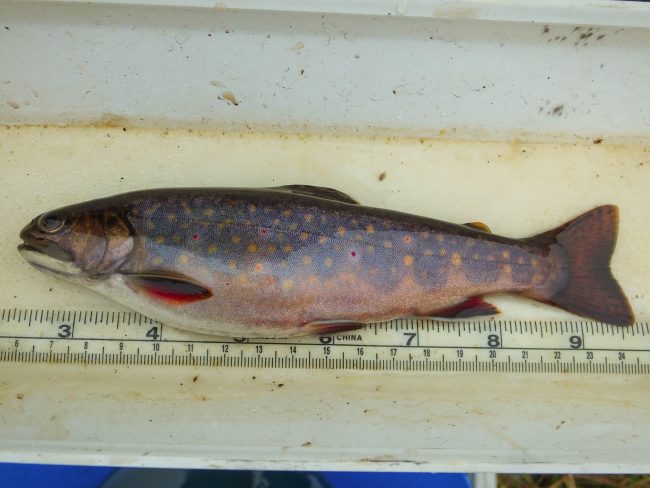 Following 3 runs through the site with the electrofishing gear we were confident that all the fish present in this section of the burn had been removed (you can never be sure that all fish have been removed) allowing the machine-man to start the diversion process . Silt protection was installed prior to the work taking place to reduce the levels of silt going down the burn. We watched for any signs of fish left in the drained channel as the water level fell but no fish were visible. 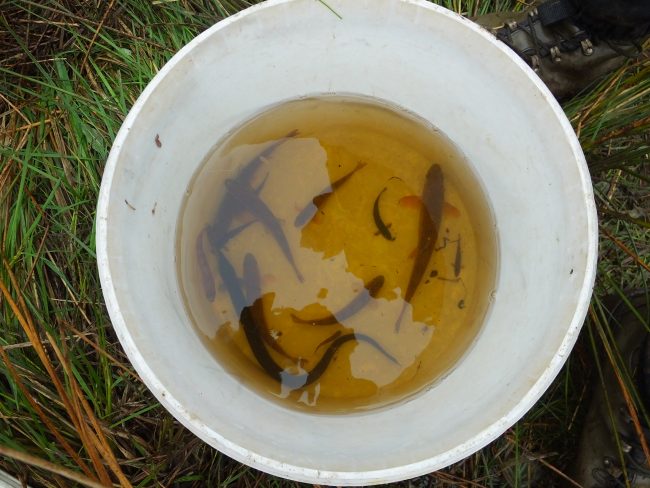 Our total catch for the day: despite being a very small upland burn the productivity appears to be good, lots of invertebrates were present as were worms…all the fish were looking well fed! 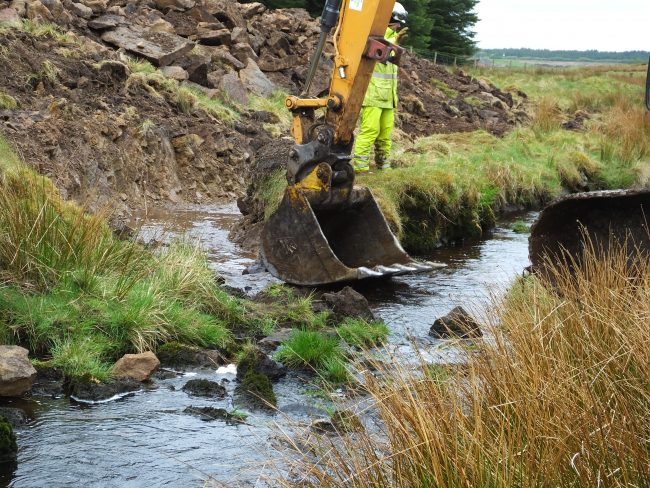 Opening up the new channel to allow the burn to continue flowing whilst work takes place. 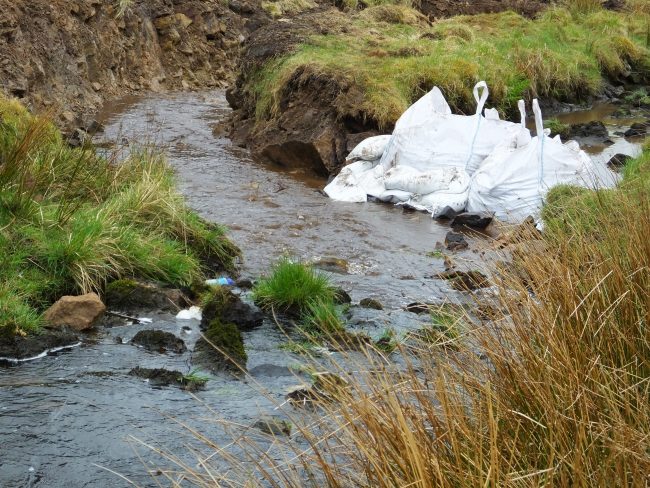 The natural channel was bagged off to allow the work to take place. Naturally silt is mobilised with this type of work but silt protection was in place to reduce the impact.

We noticed that someone had dumped between 30 and 40 car tires in the burn just above the Fenwick Bridge. This has been reported to the Dumb Dumpers hotline who will inform the relevant authorities (SEPA and the council). If anybody ever comes across fly tipping such as this these are the people to report it to and they can be contacted on 0845 2 30 40 90 or you can google them and email a report through their website.  The tires that have been dumped have created a total barrier within the channel and a large empty oil drum was observed on the bank (hopefully if was empty upon it’s arrival). 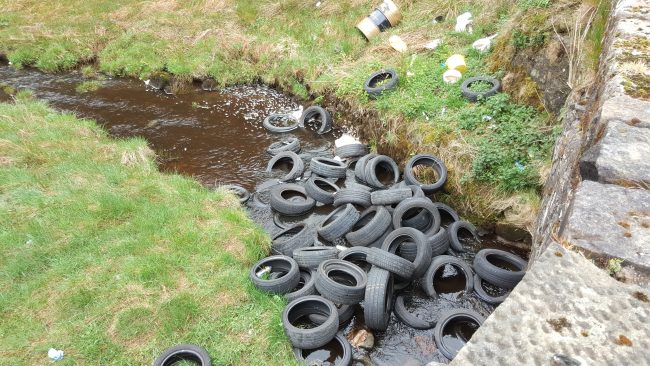 Around 40 tires have been dumped into the burn, this has been reported and we await an outcome. 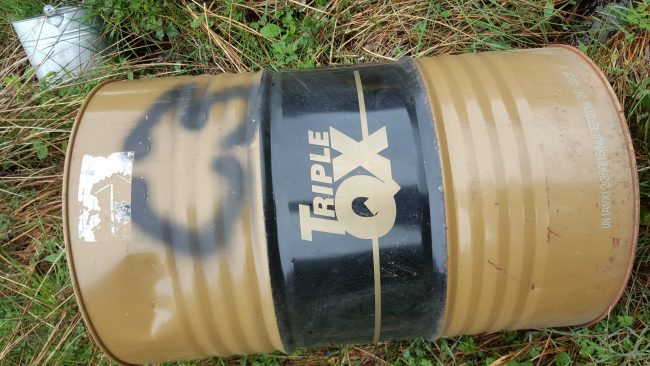 It’s always disappointing to find litter when we’re out and about but this kind of dumping is abhorrent and disgraceful.