With Stuart over in the Ayr catchment I headed to the upper Girvan yesterday afternoon. After our washed out visit on Friday afternoon I took advantage of the SEPA gauge working and decided the levels were just about right. 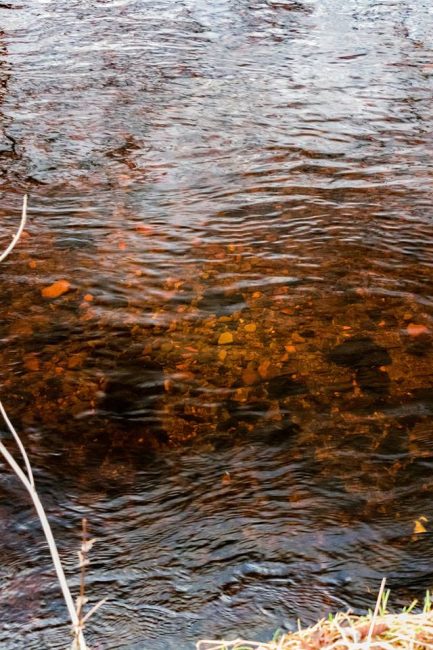 Not crystal clear but here is a redd….there is a depression just in front of the mound of gravel. The pale turned over gravel is the give away
This picture was taken with a polarising lens…the next photo shows just how important a polarising lens is when taking photos of objects beneath the waters surface. 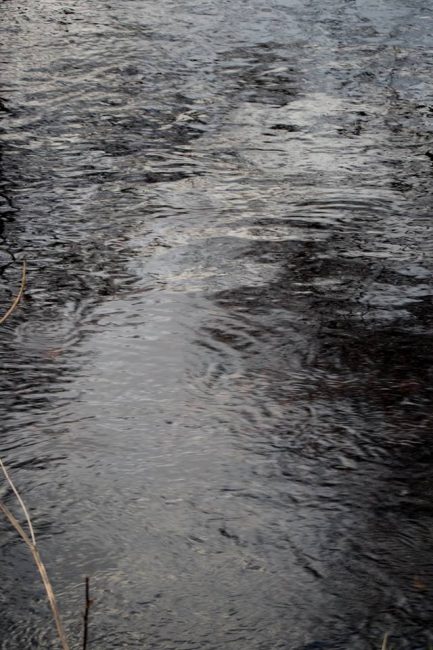 No polarising lens…..almost impossible to see if there is anything there! 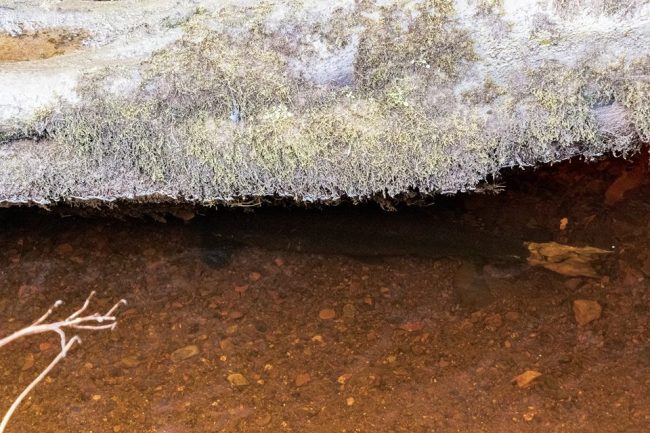 Spawning has yet to begin properly (I only saw 1 redd), however with water temperatures hovering around 5ºC it can’t be to far away. I spooked a pair of fish in the tail of a pool which I presume were in the process of spawning (the light didn’t allow me to see properly if there was a redd or not. And I did come across a couple of salmon both with saprolegnia fungus, one was a real bruiser pushing the high teens of pounds (you’ll have to take my word for it, the camera doesn’t do him justice). Maybe the coming week will bring some spawning fish. 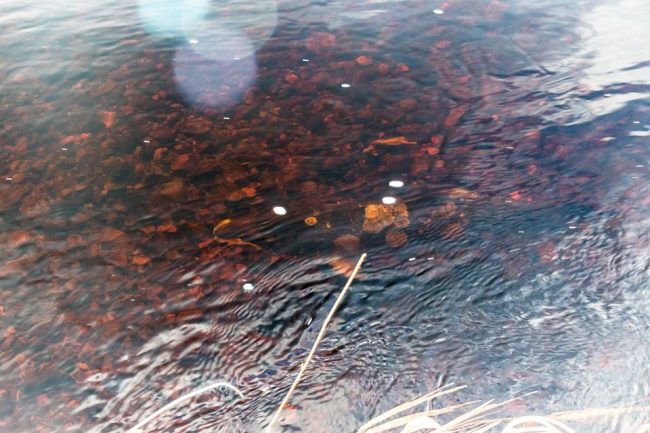 This image shows the size of the head and kype this fish is sporting. 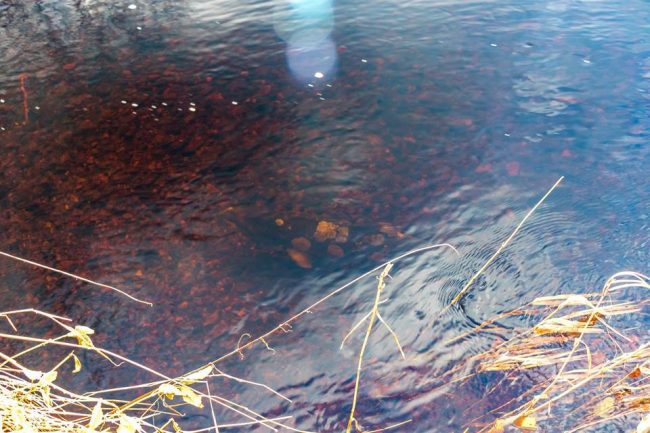 Well covered with saprolegnia fungus. However it won’t be long before this fish spawns and passes on his genetics to the next generation. 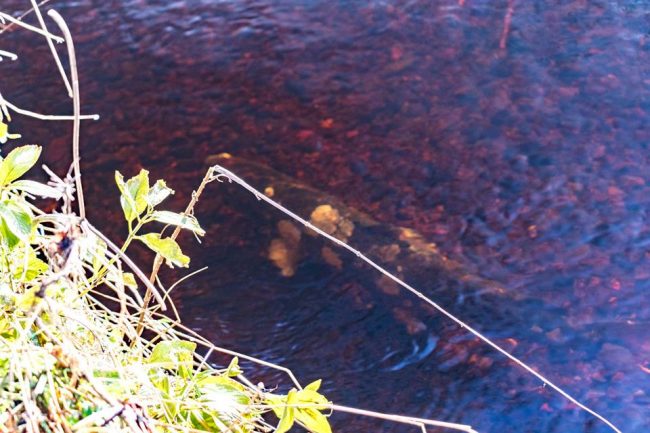 The camera focused on the grass and not the fish but this shot gives an idea of the girth this fish has.

With fading light I nipped across to the Muck Water on the Doon catchment….no salmon so a quick picture of a dipper and some highland cows had to do before coffee and cake became too appealing! 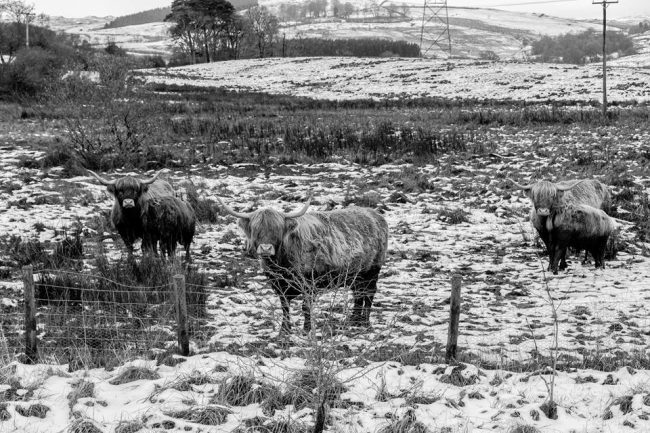 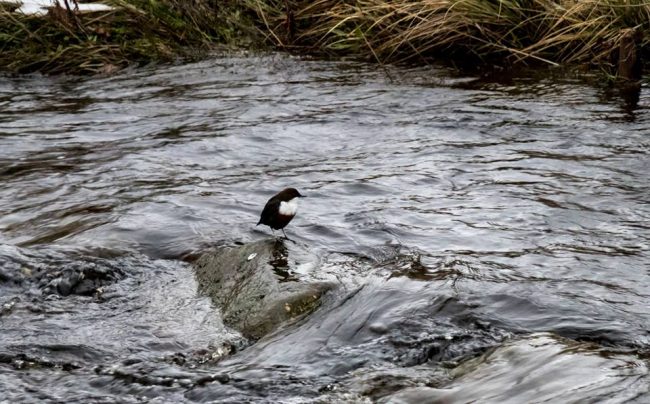 A remarkably tame dipper on the Muck Water