What a waste of time! River Ayr DSFB meeting

Stuart attended the bailiffs seminar in Birnham today and along with Jonathan from the Forth Fisheries Trust, gave demonstrations of the DJI Phantom 4 Pro + and the Mavic Pro Drones.

There was a lot of interest in the drones and obviously where water conditions allow, they are incredibly efficient for redd counting and monitoring bank erosion and repairs on rivers. Obviously there are many other uses too but it was generally agreed, that drones won’t replace good old fashioned bailiffing but may make some of their tasks easier and with improved results. 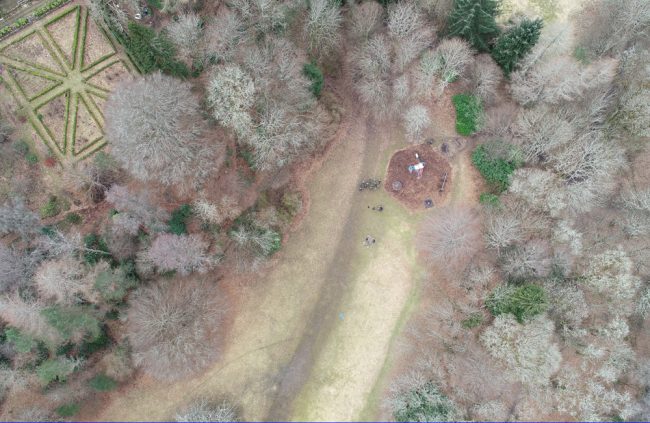 Shot at an altitude of 120m, the assembled group of bailiffs were keen to see the drones in action

Both the DJI Mavic Pro and Phantom 4 Pro + have pros and cons but it was  a good opportunity to compare them side by side. The Mavic has dropped considerably in price and I expect this would be the tool of choice for most of the group due to the substantial savings over the Phantom but also its portability seemed to make it a winner. However, the extra resolution of the Phantom’s camera makes it more suitable when taking pictures or making films for publication. The three images below are from the same original but the second one is cropped and the third, heavily cropped to illustrate just how good the 20mp camera is. 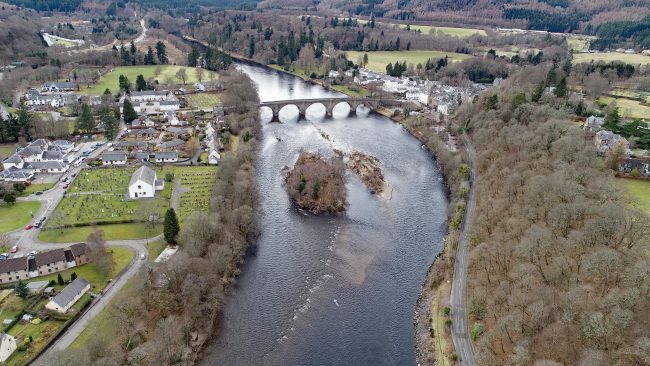 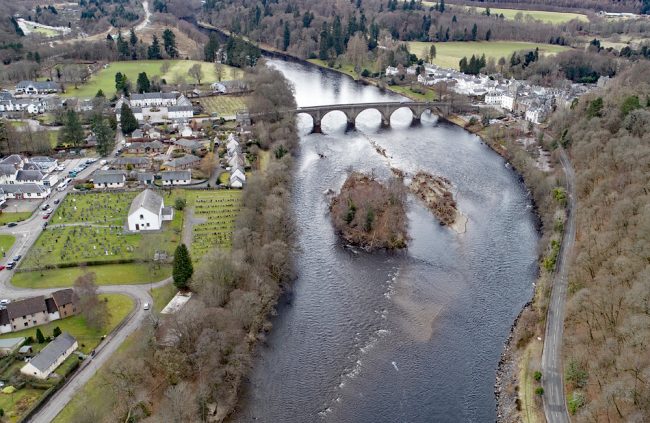 A crop from the original and compressed for the web. Pretty impressive 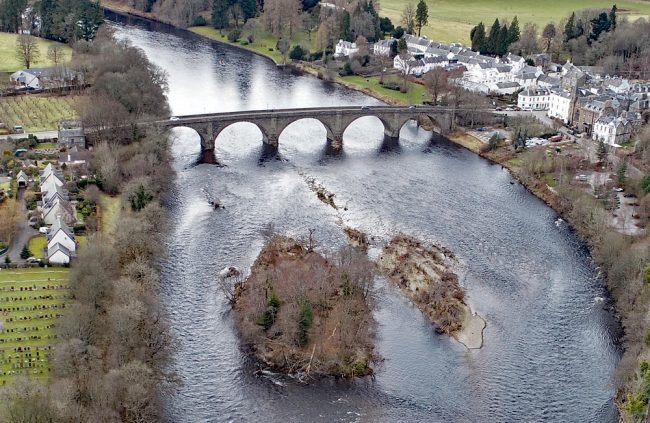 A tighter crop of the above image with virtually no visible pixelation. The lens and sensor on the Phantom 4 Pro+ is as good as it gets on this type of drone at the moment.

Chris Conroy at the Ness provided a great example of drones in action with a talk on Pink Salmon that spawned in the Ness last year. He used a drone to find and then record redds which were then subjected to survival experiments. Advances in technology have improved the safety aspects of high end drones and it was universally agreed that they most certainly have a place in fishery management in the 21st Century.

One Response to Bailiffs Seminar 2018