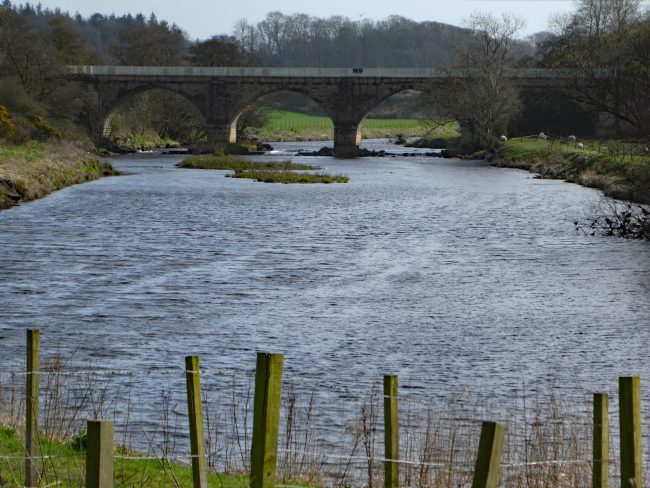 Laigh Milton Viaduct on the Irvine

On my way home this evening I stopped at Laigh Milton on the Irvine. It looked a nice afternoon for a cast for trout and sure enough I soon spotted someone leaving the river, fly rod in hand. With good hatches of Olives and March browns at present and and Grannoms due anytime now, it is perhaps the best time of year for river trout fishing. 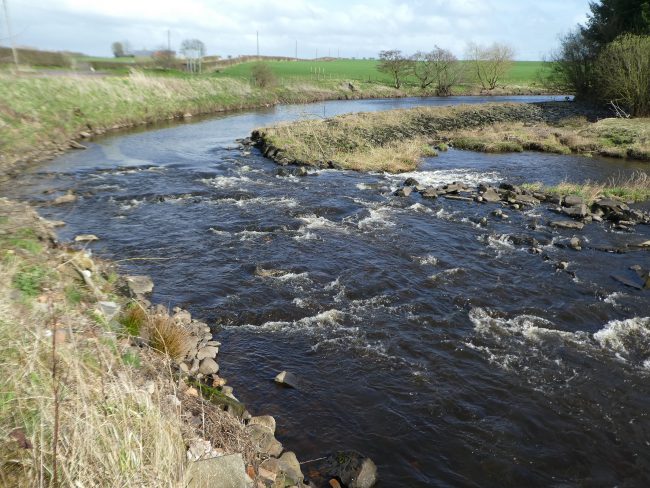 When you think back just a few years to the problems that existed at this dam, it is nice to see the river flowing freely although it would be better to pull the entire dam away and relieve the pressure on the roadside bank. This would also address the problem of poaching that still continues at the dam where small dams are mysteriously built in an attempt to herd salmon into smaller pools. Sadly, despite the decline of this species, there are still plenty willing to exploit them illegally with no thought for the future.

So much focus is on salmon fishing across Scotland these days, I think we often forget the humble but enigmatic wee brown trout that many of us cut our fly fishing teeth on. No stockies can bring the thrill of catching a well stalked wild brownie taken on a carefully selected and positioned dry fly.
Ahh my mutterings but the reality is that salmon are in trouble and while there may be worse ahead for them, our brownies should thrive as competition from their silver cousins reduces. We may all have to accept that no matter what we do, until salmon evolve to cope with the changes at large in our oceans, there may be lean times ahead.

That’s a realistic consideration and not a defeatist one as we will continue to make improvements that will maximise productivity across Ayrshire in the hope and expectation of better things to come… however, problems that have been 100 years or more in the making, can be resolved in an instant.

One Response to Don’t forget the trout