Bird Count for the Girvan

With water levels up slightly, Struan and Muir set about the Girvan Bird count today while Gillian and myself went to the smolt trap at Catrine. Of course they needed their vehicle moved downstream to their finishing point, so after we closed the trap on the Ayr, we headed south and moved their van downstream. 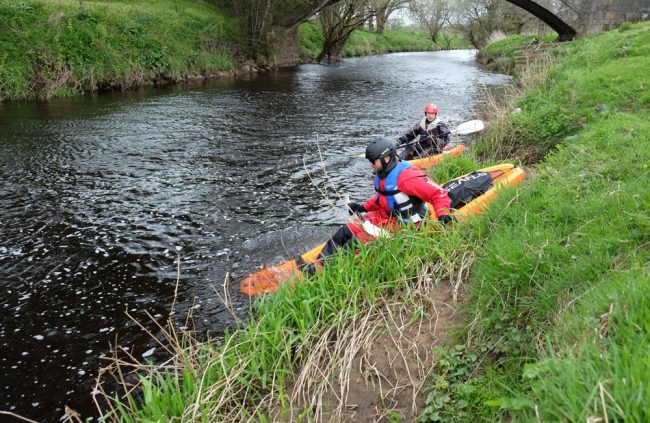 Relaunching after a short break near Kilkerran

When we saw them, they were battling a strong upstream wind that was increasing and slowing them down. I’ve no idea yet of how the count went and will report this to the DSFB in due course, but we did see a male goosander fly downstream ahead of them and a heron take off before they reached Drumburle Bridge. They still had a bit to go when we saw them so Gillian and I left them to get on with it while we had a warm run back to the office in the van. Spring? It still felt like winter in that wind today! 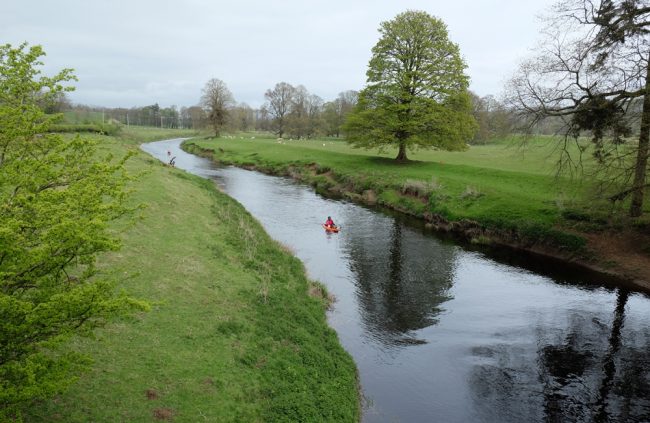 A strong upstream wind was holding them back…or making them work harder depending on your perspective.

The new Kayaks seem to be popular with the team so all going well, we will complete counts on all the DSFB rivers shortly. I’m looking forwards to going from the top to bottom of the Stinchar if my back holds up.

One Response to Bird Count for the Girvan