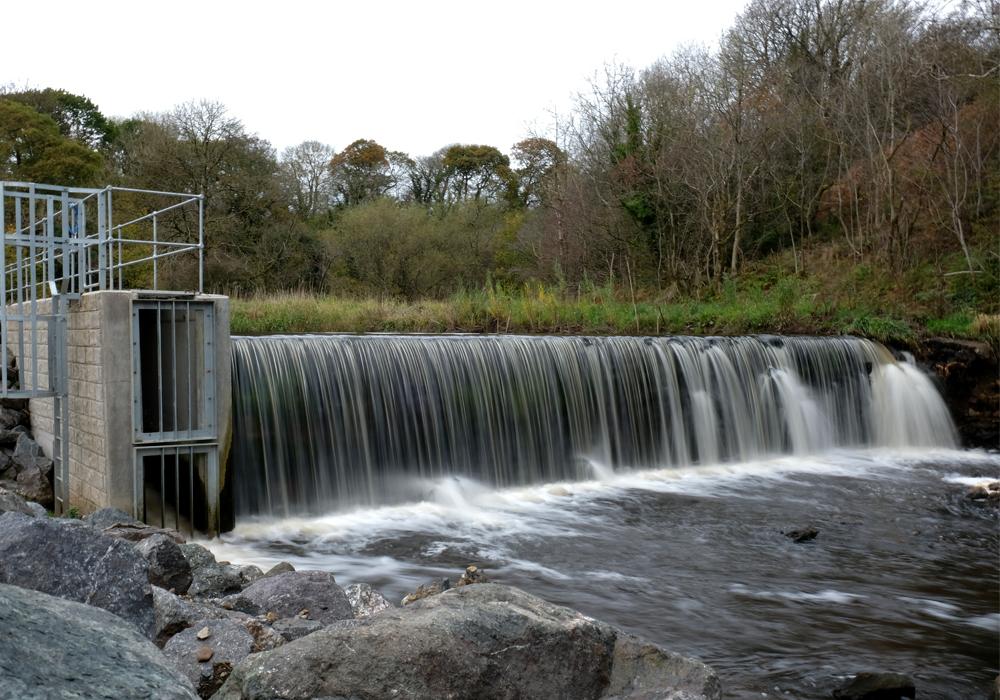 We visited Sevenacres Fish Pass (the first fish pass completed in Scotland in this the International Year of the Salmon) on the Lugton Water today to make sure it was clear of debris and allowing any fish passage that wanted to go through. It was ok but there was a builders bag at the entrance that was catching debris so we shut it down, removed the gratings and cleared the bag and any other leaves and sticks that were there. A neighbour informed us that he clears the entrance screen regularly of leaves which we are greatful of but really, this is the landowner’s responsibility and we will speak to him about a maintenance plan. 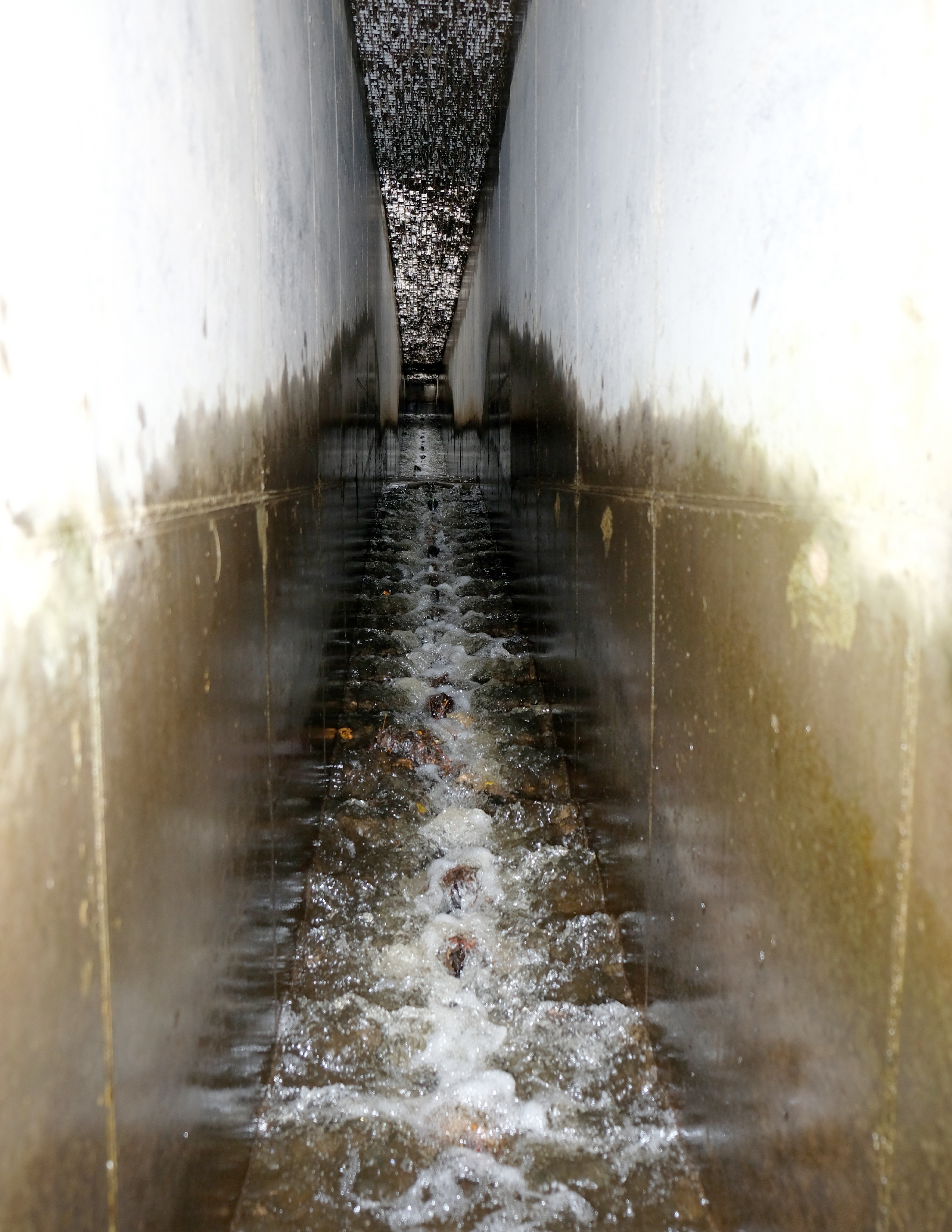 Internally, there was little other than a few leaves and twigs stuck to the larinier baffles. This design is relatively self cleaning. There are two flights in this fish pass with a resting pool halfway

I was disappointed to see a Dexter Wedge hooked into the builders bag at the entrance to the fish pass and can’t help but feel that anglers shouldn’t be targeting salmon upstream of this dam, at least for the time being. It’s a perfectly good trout water and should be treated as such. Common sense must prevail and this water has been opened up for the first time in decades and therefore needs a period of time for fish to increase their numbers without any persecution of the few salmon making their way upstream that will eventually repopulate this burn. What’s more, it is illegal to fish at the entrance to a fish pass. Kilwinning and Eglinton Angling Club control these fishings and will discourage fishing for salmon in these areas which is a positive step to restoring this burn. 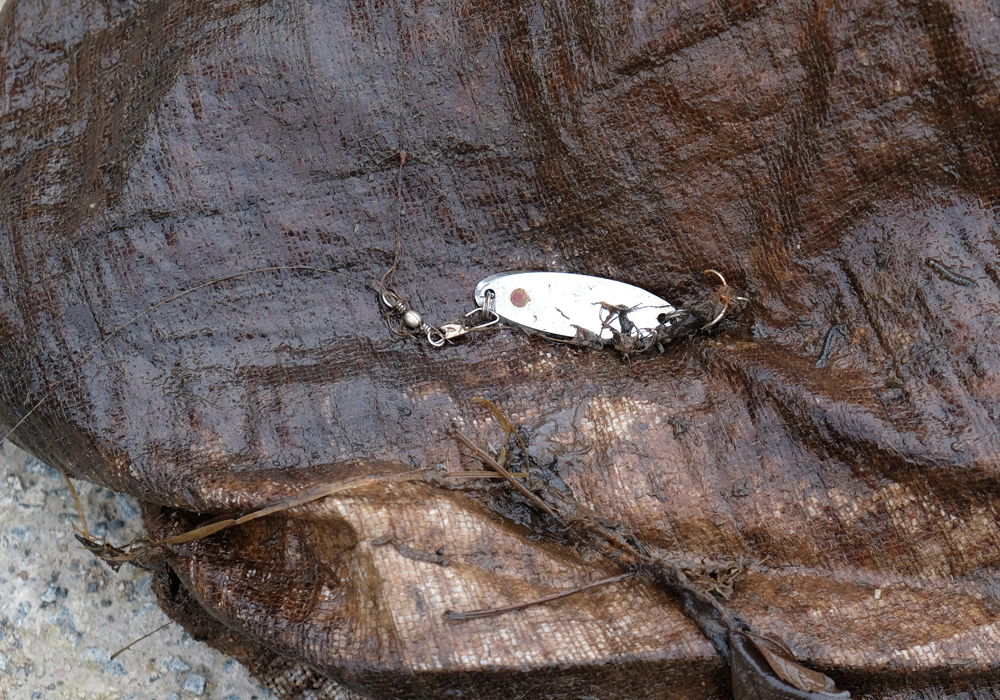 A 2″ Dexter Wedge that we pulled from the upper entrance to the fish pass along with a builders bag. It is now in my collection of lures and will probably never see the light of day again although they used to be very popular a few years ago.

The overall appearance of the site and construction is pleasing with both banks well vegetated and plenty of willow cuttings rooted. Unfortunately there appears to be a deer grazing pressure on them but I’m sure they will overwinter and burst into life next year with increased vigour. We may try to protect them if necessary but I hope that there are enough of them to succeed. Our green engineering has avoided the roe deer’s attention as it overhangs the banks and is doing well. 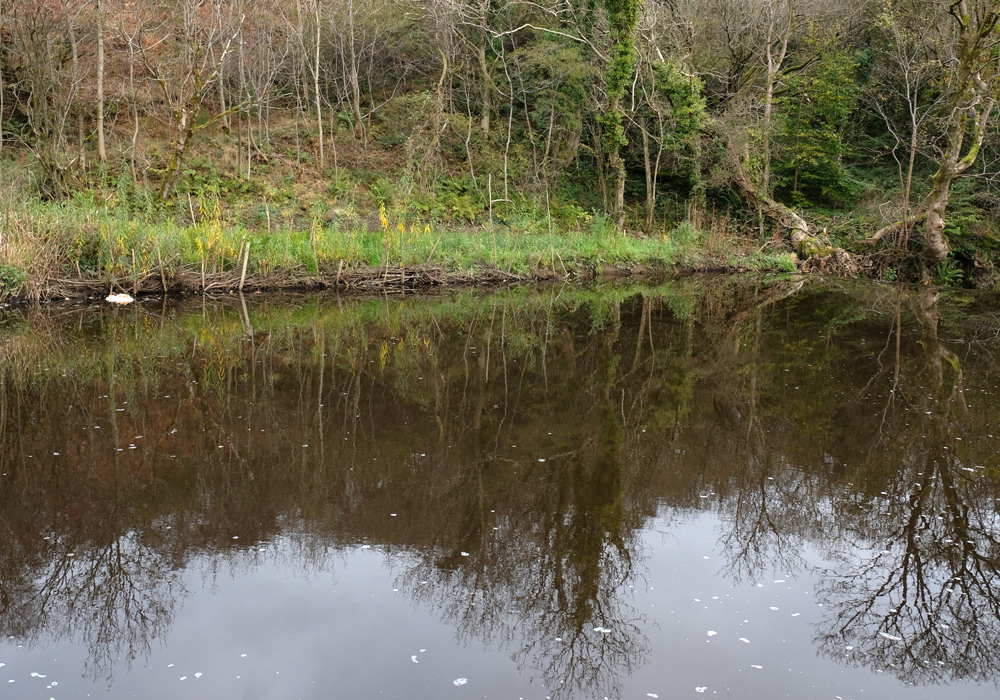 The green bank engineering has worked well and there’s no erosion where the bypass channel was cut through during the construction process. Willow have rooted and next season, they should burst into growth with vigour. 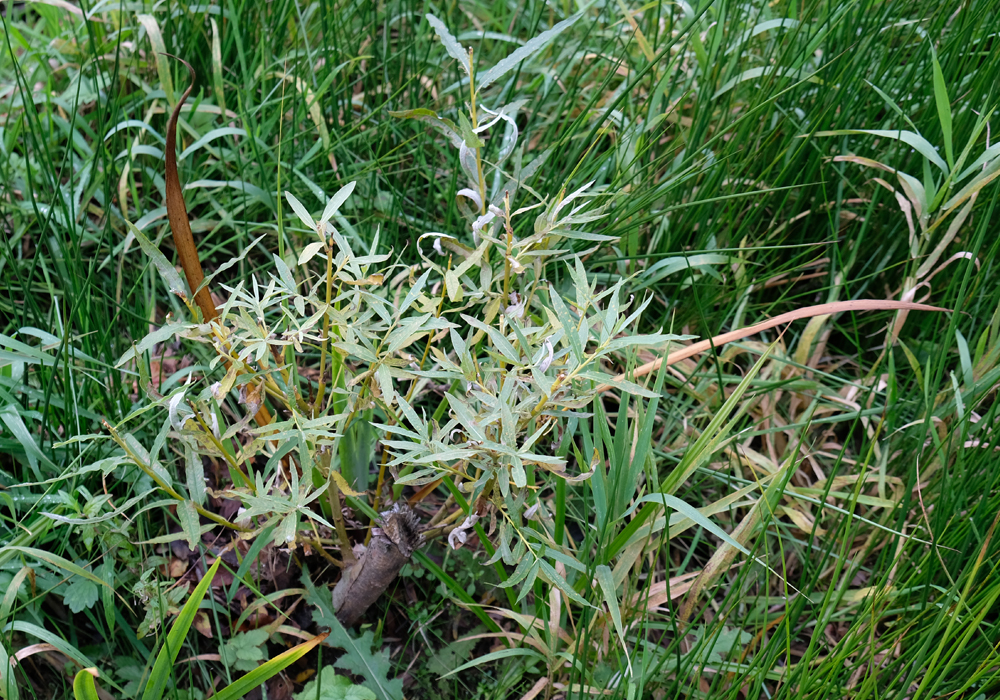 A willow stake that has successfully rooted but has suffered from deer browsing. It should do ok next year

We were assisted today and for the rest of the week by Thomas who is on work experience from his school. He is a keen angler so tomorrow he will have an opportunity to catch some fish with the team using a new method for him. I’m sure he will be surprised and enthused at his first introduction to the rather fine art of electrofishing. 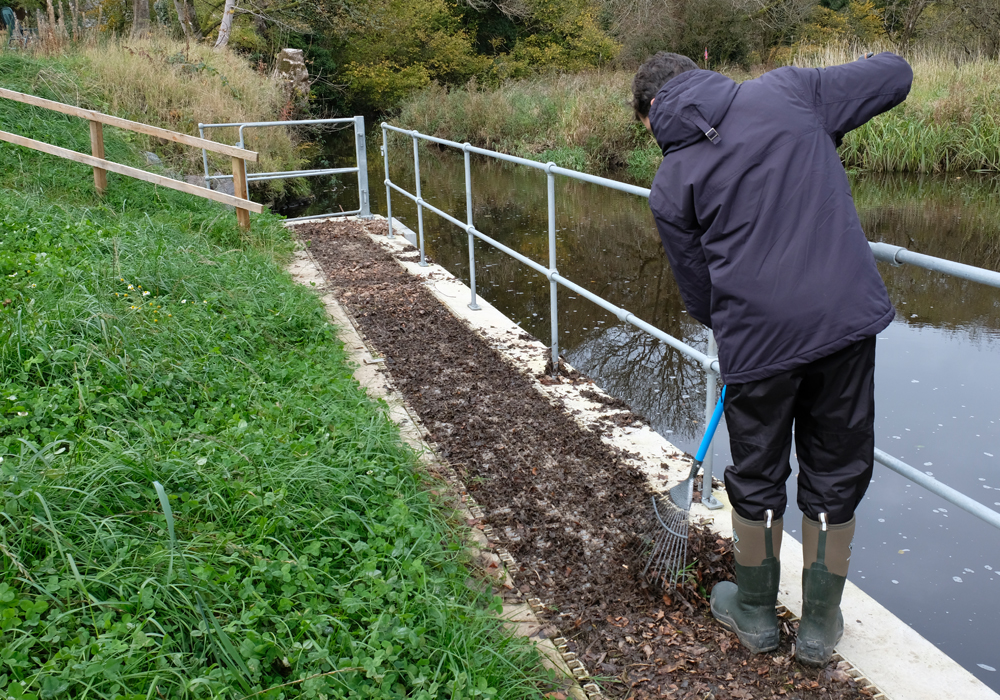