Sevenacres weir and fish pass – Update The Legacy of Mining 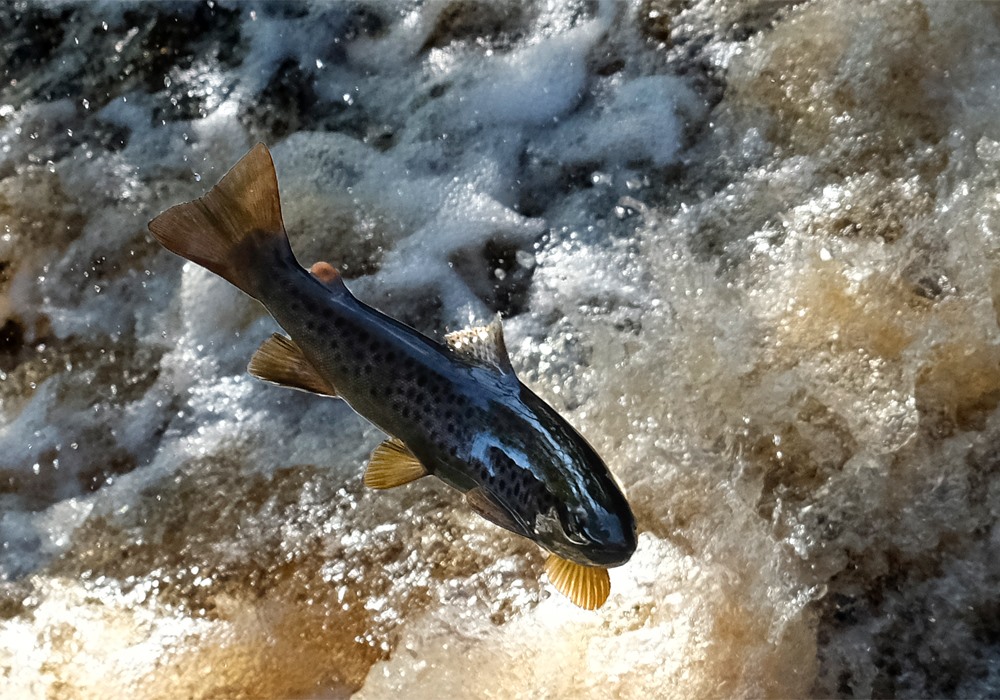 A trout migrating upstream ahead of spawning

With both trout and salmon fishing seasons closed for 2019, we thought that readers may like to see this video shot yesterday on a small burn that flows into the middle reaches of the Ayr. Here’s the link to the 5 minute video that shows trout migrating up a burn from the middle Ayr beats. Watch in HD and enjoy. https://www.youtube.com/watch?v=BmKnP-5V0LI

We often hear calls from clubs to stock the river with trout as there are few in their beats and fewer of decent size. While we don’t dispute that trout numbers naturally fluctuate from season to season, we are on the water throughout the years and find no evidence to suggest that trout are short in numbers. This year we’ve been seeing plenty of trout rising on most beats and can’t understand the calls to stock that come from  the same clubs year after year. Often the justification is to encourage young anglers into fishing but few clubs ever report that they have an increase of youngsters which perhaps should lead us all to question this approach.

If there is good justification for intervention and stocking to address specific issues, then we would support it and indeed are engaged with a club locally where specific factors limit productivity. As part of that restorative approach, we will enable and support the club with a very small and experimental stocking policy.  We are also working with Forest Land Scotland to address the limiting factors to ensure that the stocking intervention can be relaxed and abandoned as soon as possible. Specific problems dealt with by an evidence based approach that includes restorative measures. Importantly, no stocking will take place using trout brought in from afar. The trout used in this approach will be native trout captured and bred with minimal human intervention (no artificial feeding and released as swim up fry).

As salmon stocking has largely been brought under the control of MSS through their stocking policy, released earlier this year, the Trust has no desire to comment on the rights and wrongs of this document other than to say it supports the scientific evidenced based approach that we follow. Regarding trout stocking, this is a matter for Clubs to work out with MSS but when asked for comment as we are, then we base our comments on our observations.