It is not unusual to find green rocks lying in riverbeds in parts of Ayrshire but I was never sure what it is called. Also is the greenish rock often seen in the Girvan catchment the same type of rock that I found recently in North Ayrshire?

The green coloured boulder can be seen centre foreground. 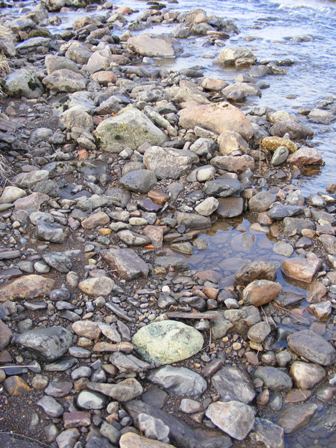 Split in two it revealed quartz veins. Not sure if it is considered good practice to split rocks but I figured as it was lying in the stream bed its life was limited! 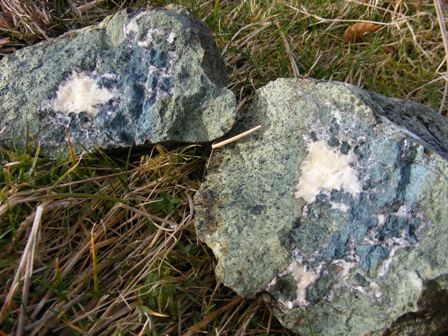 This close up shows the quartz crystals and veins 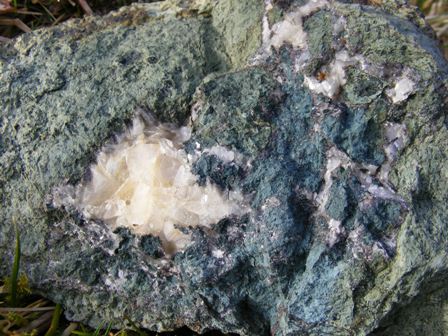 So what type of rock is it? I have always called it serpentine but I’d be grateful if soneone would confirm or otherwise.