I had a trip to Loch Doon this afternoon to download the fish counter. I like to check the pH etc in the compensation flow from the loch so I made sure the multimeter was in the van.

The pH reading below the dam, at the very top of the river, was 6.65 (mildly acidic). This is a typical summer reading for the loch outlet (lower in winter). I thought it would be interesting to record some other readings from the river lower down, but what I found was slightly surprising.

I called in at Smithson as I wanted to check up on some Japanese knotweed I had injected the previous year. The water quality reading there found that the pH had risen to 7.64 but the oxygen saturation was 91.5% or 9.35mg/l, much lower than the levels we usually record (normally about 100%). I decided to check the reading in Alloway near the foot of the river. Here it was slightly higher at 95.2% or 9.64mg/l. The pH in the lower doon was 8.02, quite a contrast to the acidic conditions found in the upper catchment. 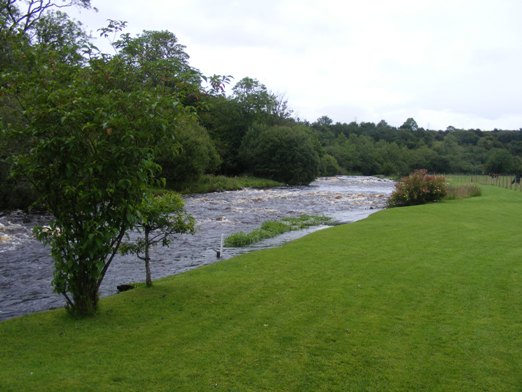 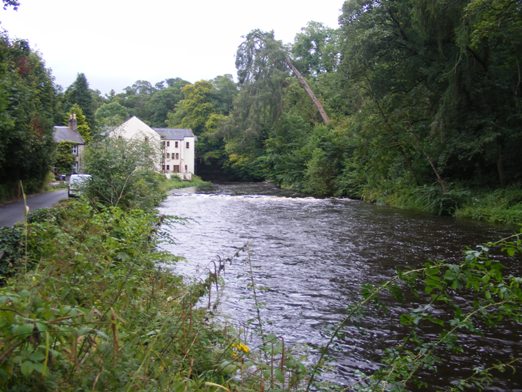 We check oxygen levels routinely when we are electrofishing, normally during low flow conditions and readings in the low 90% area are often found in burns suffering from diffuse pollution, e.g, farm/urban run-off , and are usually indicative of water quality problems.

As I live in the cheap end of Ayr my road home took me across the River Ayr where I stopped to take a reading between the weirs. Here the oxygen was 94.8%  or 9.76mg/l, similar to the lower Doon. The pH was identical to the lower Doon at 8.02. 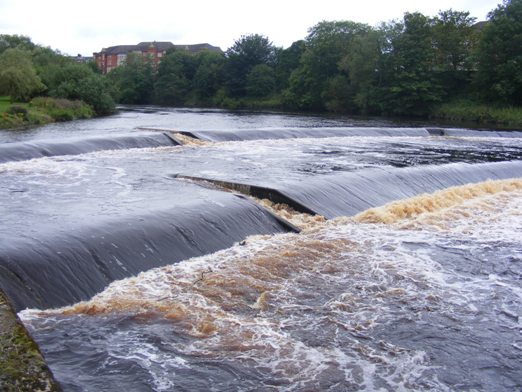 Both rivers were running quite high and the relatively low oxygen levels recorded were a surprise. I normally associate low oxygen with low flows but I will be monitoring oxygen levels in spate conditions more frequently from now on.

The reading at Smithston suggests that some sort of biological or chemical loading is present in the water and that there is a significant oxygen demand? This needs to be investigated further.

Anglers are often concerned about the perceived low oxygen levels at the Loch Doon outflow but it was 96.7% today, higher than that recorded in the river 8 miles downstream.

There were a few anglers at Smithston and I think some of them were slightly relieved when I showed them the results. They now have a good excuse for failing to catch anything today – nae oxygen!