I was in the Loch Doon area today; and what a wild day it was. I always like to have a look at the Carrick Lane waterfall which is located just above Loch Doon. It is a scene as highlandesque as you will get in Ayrshire! The burns were big today and the Carrick Lane was impressive. 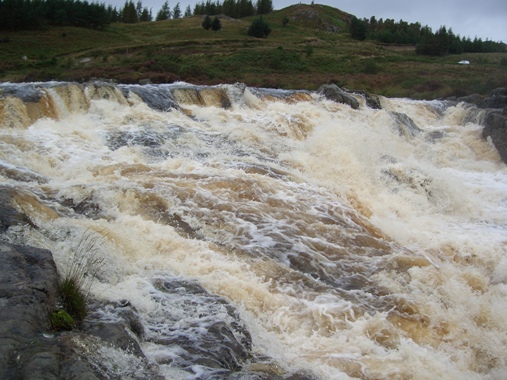 I have a copy of a photo taken from a book published in 1929 in the office showing a salmon jumping at Carrick Lane waterfall. That was pre-hydro days and in my seven years in Ayrshire I have yet to see a salmon, or even a trout for that matter, trying to get up the falls. 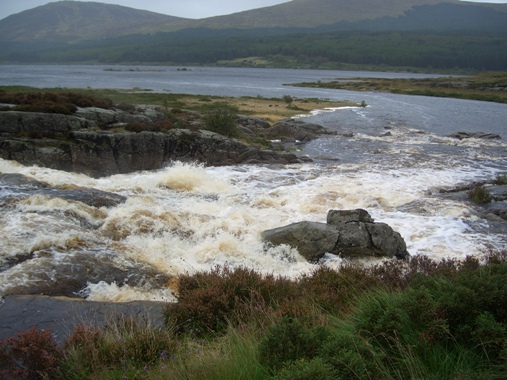 The other big tributary flowing into Loch Doon is the Gala Lane which enters at the extreme south end. There is a waterfall a short distance upstream of the loch which we consider to be impassable to migratory salmonids, it certainly looked it today in that big water. 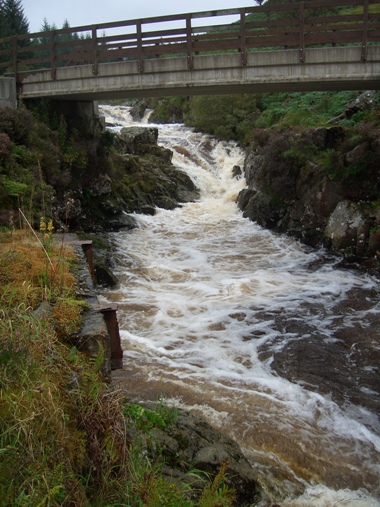 The loch is not far downstream. 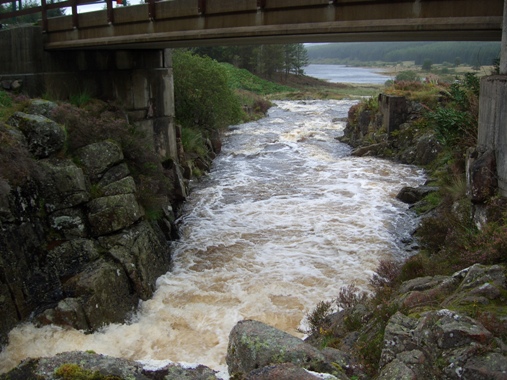 Another factor potentially limiting salmon in the Lanes is the low pH found in this part of Ayrshire, it was 5.1 in both Lanes today. However the Lanes are full of trout which can tolerate a lower pH than salmon.

A lovely spot although when the Lanes are big it is rarely a nice day for photos.