Look back to the Blog Post of the 25th August and compare the photos taken then to those in this post (taken yesterday). The Ponesk Burn near Muirkirk was moved to allow Scottish Coal to extract reserves from below the previously modified channel. Great efforts have been made to provide a high quality and diverse habitat and despite some issues with sediment occurring after the new channel was connected, the longterm benefits should soon be obvious. Scottish Coal have consulted with many partners throughout this project from conception through to delivery and will continue to monitor its progress for the foreseeable future.

Considering the weather that we’ve had here in Ayrshire lately, much of the inevitable erosion that was predicted for the new channel has already occurred and it has rapidly altered and to some extent ‘naturalised’. Gravel from the burn upstream is evident in the upper third of the new section and through time this will spread throughout. SC intend to recover more gravel from the old channel once a licence is granted and this will be added to the burn following the winter (to prevent damage to the banks and spawning gravels downstream). 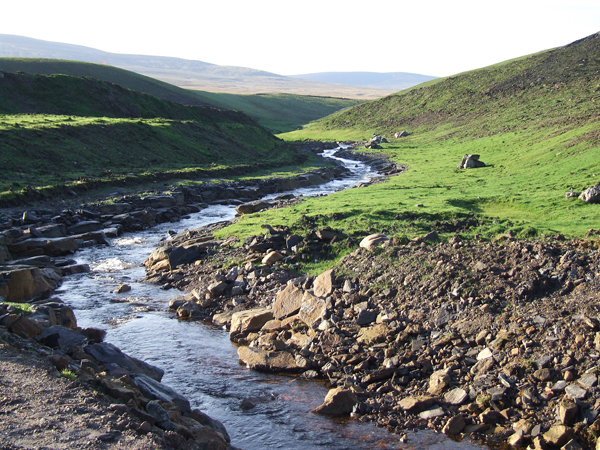 Looking downstream from the top of the new valley 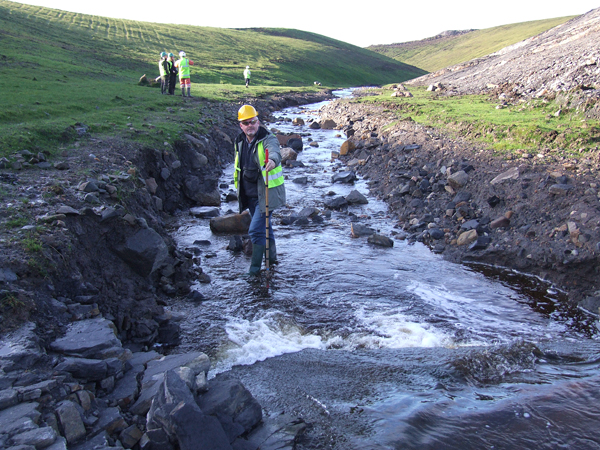 In some clay lined areas the bed has cut downwards by around 0.5m

The above photo clearly shows the effect that the spates have had on the stream bed in some clay lined areas where despite efforts to armour the clay, the force of the water cut the bed down by about 0.5m. This led to increased siltation downstream but also rapidly improved the quality of the habitat as can be seen in the area behind Brian where  there is now plenty of cover for fry and parr. The bed erosion is stabilising and is largely confined to coincide with natural spates and shouldn’t impact angling at all. (SC monitor the sediment loads daily at three points along the channel and will make improvements as required or directed by SEPA). 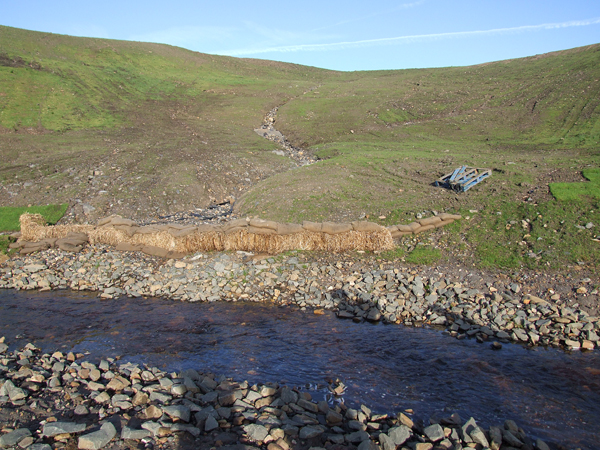 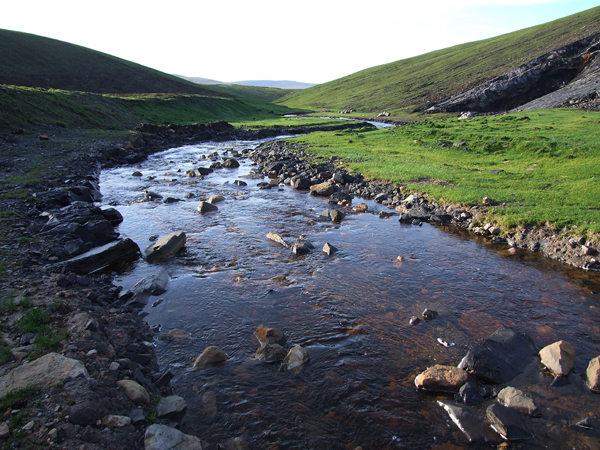 Overwinter, the margins and slopes around the burn will be planted with a mix of native hardwood trees which should improve the appearance of the valley in years to come.  ART will monitor the invertebrate and fish populations for the foreseeable future and hopefully will be able to report healthy results. It is important to remember that this modification is still ‘Work in Progress’ and further improvements may be required by any of the statutory organisations involved. Fish and fishing aren’t the only priorities to consider. 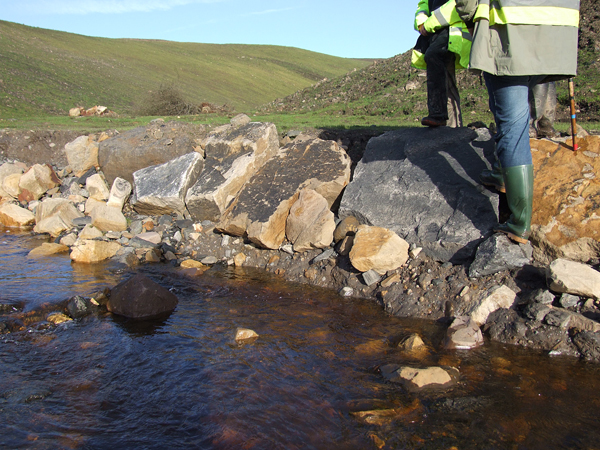 Further evidence of the downward cutting of the stream bed. These rocks may soon fall into the burn providing cover for fish. 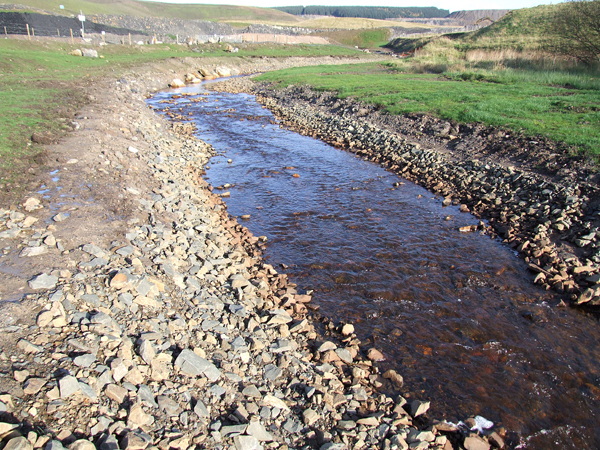 The view upstream from the road in the lower channel. Further improvement in this area may be required next year.

The old channel was also a modified channel as a result of historic mining but despite this and access problems for migratory fish we electrofished and saved around 2000 salmonids from the burn. Fish access to the new channel is unhindered and the habitat in time should be excellent. We have high hopes and expectations for this burn for may years to come.