The annual fisherman’s supper was held at the Kylestrome Hotel in Ayr last friday evening and I’m sure everyone will agree that it was a great success. The venue was filled to capacity and although we all felt a bit like sardines in a tin, the food was excellent and I’m sure no one left hungry or disappointed.

Dr Andy Walker and Robbie Duncan were the guest speakers and both kept the audience entertained and in good spirits. Tom Lothian, MC for the evening conducted a very well supported auction for fishings kindly donated by members. Brian Shaw our senior biologist gave a brief summary of ART’s work during 2011 and highlighted the importance of our supporters during what can only be described as difficult financial times. The final amount raised by the event has yet to be calculated but on the night the raffle raised over £900 with the auction bringing in the order of  £500 for which we are all very grateful. As Tom Lothian pointed out, running the Trust takes an incredible amount of money so every penny that is raised or donated by members and supporters helps us to deliver the valuable work that we do. With around 100 people in attendance on the evening, the support for the Trust is obvious and much appreciated. 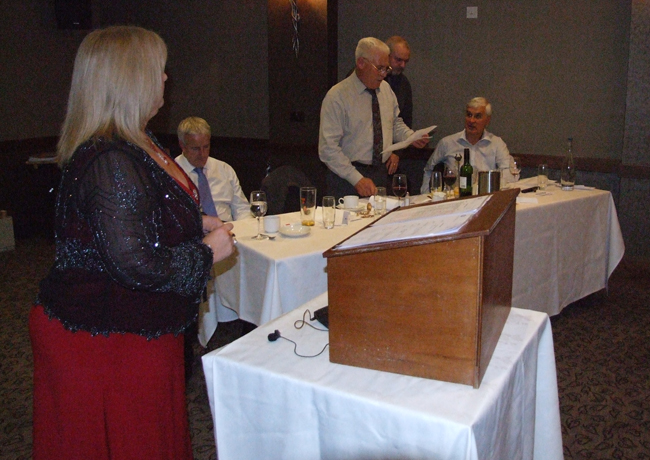 Janette Galbriath is our administrator and events co ordinator. She kept tabs on who won what, will post a list of winners on the blog in the next few days. 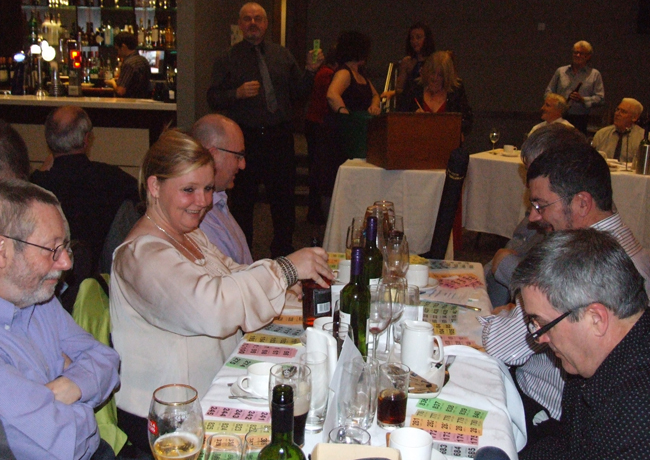 Fran Millar of Scottish Water admiring her prize. This table walked away with several prizes on the night including the top raffle prize, a Bruce and Walker 15' Norway Salmon rod!

At the dinner this year we had many new and some very familiar faces too. Our thanks to all those who attended or supported the evening and especially to those who generously donated prizes and fishing. Finally we would like to thank the Kylestome Hotel and their staff for looking after us so well.

Lawrence Dalgleish      – 2 rods for 1 day at Blackhill, R Doon with lunch at the Riverside Inn