Trustees (including some of their wives) and staff met at the Carleton Hotel in Prestwick on wednesday evening in order to express our thanks and appreciation to Brian Shaw (our Senior Biologist) who is leaving ART at the end of December to take up a post with the River Spey as Biologist. Following a lovely meal, Brian was presented with a state of the art camera and his wife Aleta received a new watch as a token of our thanks. 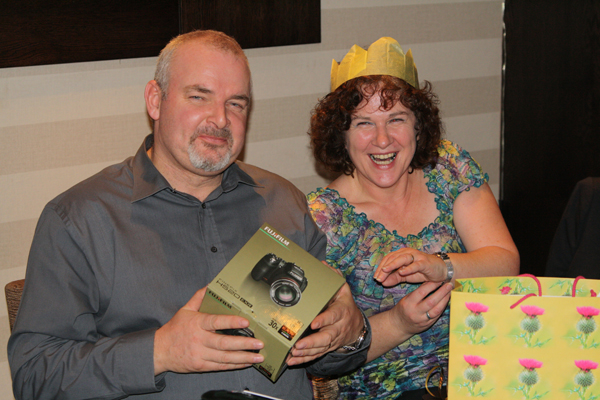 Brian and Aleta with their gifts. 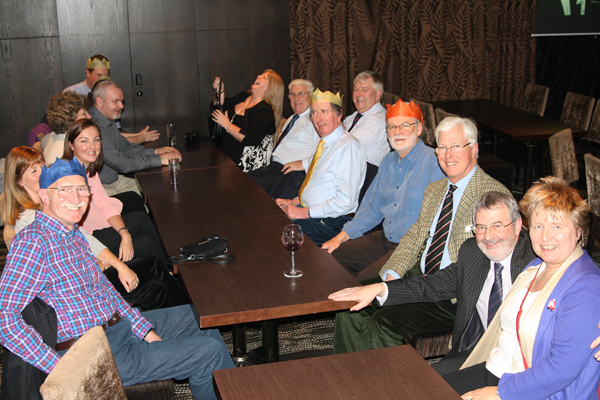 Trustees and staff at the Carleton Hotel

Peter Kennedy (Chairman) thanked Brian for all his hard work over his seven years with the Trust which has grown and expanded into new fields under Brian’s leadership. Aleta has been very supportive of Brian and the Trust too, and this hasn’t gone un noticed. Brian thanked the Trustees for ‘taking a chance’ on him when they decided to hire him. He has enjoyed his time in Ayrshire and will fondly remember not just his work and the friends he has made but our rivers and salmon too where he passed many an hour researching the best lies. He has lately developed a particular affinity for the Stinchar but had some great successes on our other rivers too with the Girvan producing his most memorable catch; a 28lb fish in 2009 ( duly returned).

Having worked alongside Brian for the last few years, on behalf of the staff, I’d like to say thanks too. We will all miss him, his boundless enthusiasm and his knowledge too. It has been a pleasure and an education and we all wish him the very best of luck in Speyside.