Kelts on the upper Irvine

I had a quick visit to Galston area yesterday to have a look at the weir at the Muckle Bridge for club members who are concerned about its impact on salmon migration especially late in the season when fish appear to struggle to get over it. The weir was ‘patched up’ by council sub contractors in 2010 after a hole appeared. It seems as though the situation is recurring and there may be an opportunity to create a fish pass rather than simply plugging a hole again.

I had a look downstream from the weir and saw a few kelts lying above the runs, one of around 15lbs. All had Saprolegnia fungus growing on them which is not unusual at spawning time as the fungus is associated with damaged or poor conditioned fish. It may be worth highlighting that anglers returning salmon after capture should take great care when handling fish otherwise their actions could ultimately lead to the onset of this disease. It is far better to remove hooks and release fish in the water rather than landing them. Although the Saprolegnia fungus does kill salmon, many survive and the infection disappears once they reach salt water. 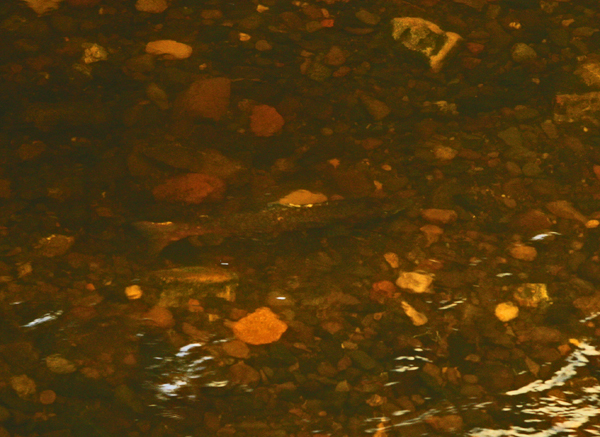