I remember watching a YouTube clip of Boston Harbour on St Patricks Day a year or two ago. The Harbour water was dyed fluorescent green as part of the celebrations and it made for quite a sight.

Yesterday, Scottish Water performed a dye dispersion test on the Water of Coyle as part of their investigation to identify the best possible upgrade solutions for the failing Joppa Treatment Works. There are different options available and all require significant investment. Yesterdays test was to determine how rapidly a relocated discharge from the treatment works straight into the Cole would disperse (rather than into the Byres Burn as happens currently). A green fluorescent dye was used in conjunction with a biological tracer. Both dye and tracer were monitored and sampled repeatedly for several hours to determine the potential effects on the water course. The results will be modelled for all flows and will take a couple of months to analyse. Both tracers are harmless in low concentrations when released into the environment and the test was approved by SEPA. 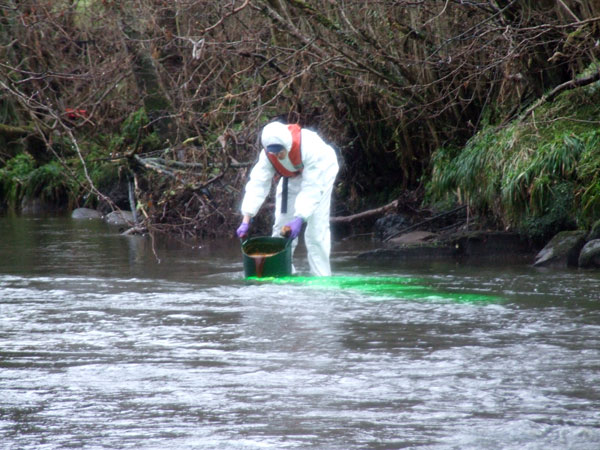 Scottish Water staff slowly pouring the tracers into the river 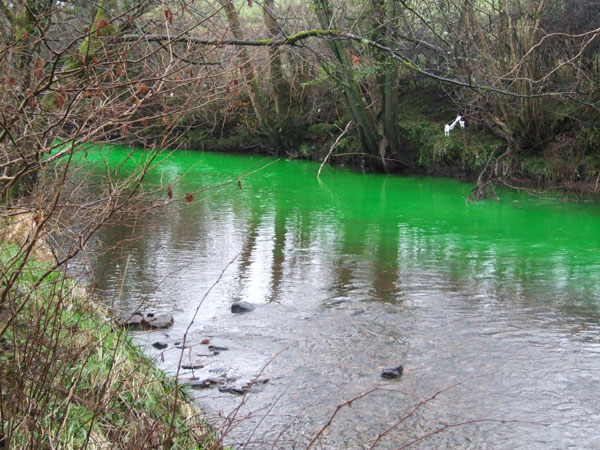 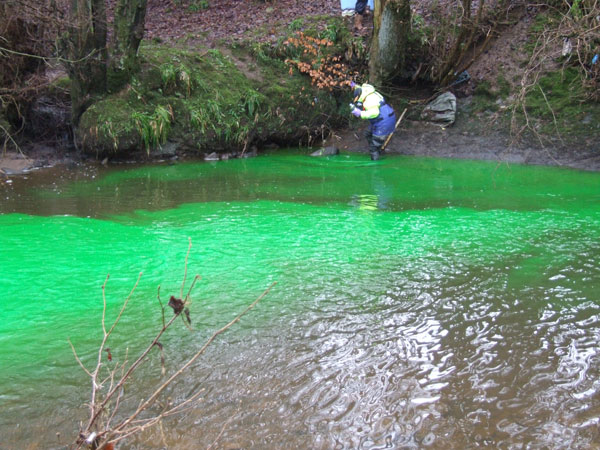 Sampling in the backwaters 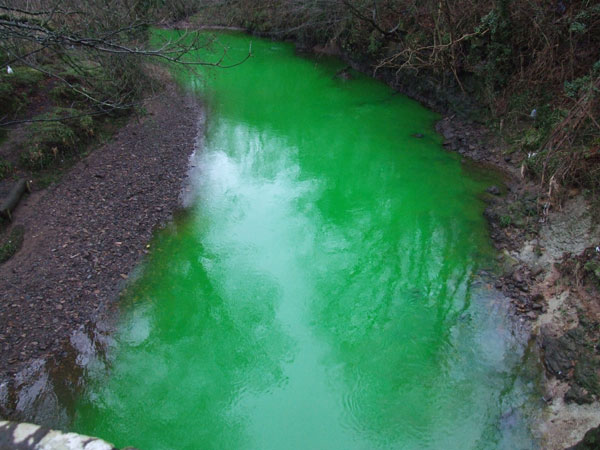 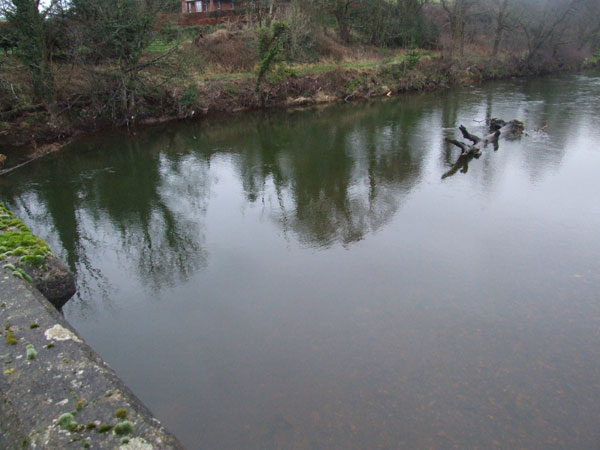 This was an interesting opportunity to watch how rapidly and totally additives mix across the width of a river and throughout the water column. Just imagine the effect that a spill of a toxic chemical could have. Some sheep dips are highly toxic to fish and invertebrates even in minute quantities and this test illustrated how quickly the full width of a river could be impacted with disastrous consequences. Coincidentally at the starting point of the test, an old knapsack sprayer was lying washed up on the bank. It made me wonder if it had been triple rinsed before being chucked…. somehow I doubt it.

I was encouraged to hear that Underwood Sewage Treatment works at Cumnock is currently receiving an upgrade as is Catrine STW. Mauchline and Drongan STWs are both planned for long overdue upgrade this year with Joppa following once decisions are reached on how to progress. Similar improvements are ongoing in the Irvine Catchment with the new Kilmarnock / Meadowhead sewer. The level of investment that Scottish Water is putting into their infrastructure at the moment is colossal and should bring long term improvements.