Following up to my earlier post of 20/02/12 regarding the accelerated erosion on the Lugar in which I made a flippant comment about the Trust needing to pay for a helicopter ride to allow me to view the current situation…..a few weeks ago David Campbell very generously called and offered to take me up in a light aircraft when he next took to the skies! That was an offer I couldn’t refuse and we agreed to pick a clear spring day before the leaves blocked the view. Well today was the day and what a cracker it turned out to be.

After making his pre flight checks, David opened up the throttle and we hurtled along the runway and soon soared above the office at Auchincruive. We headed towards Mauchline over the River Ayr at about 800 feet (not high enough for the parachute to open but low enough for a good view). With the sliding roof drawn back just enough to take photos, I began snapping away wherever I could get a shot.  The river was showing its bare bones and we picked out landmarks such as Gadgirth Viaduct, Stair Bridge and the River Ayr Gorge before flying over Failford and Stairaird where the new windmill stood stationary like a senetinel waiting for a break in the weather. 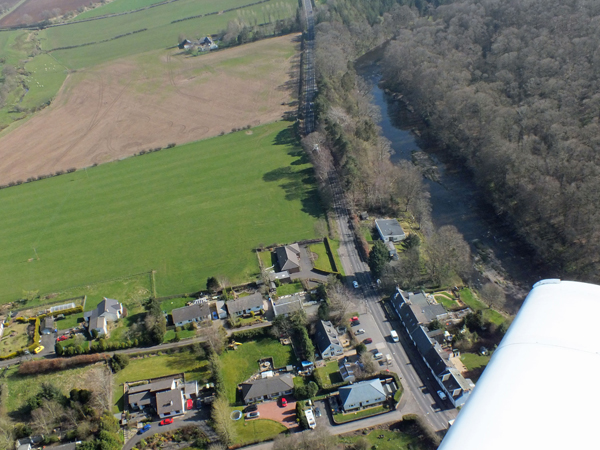 Looking upstream over Failford to the Dub Pool 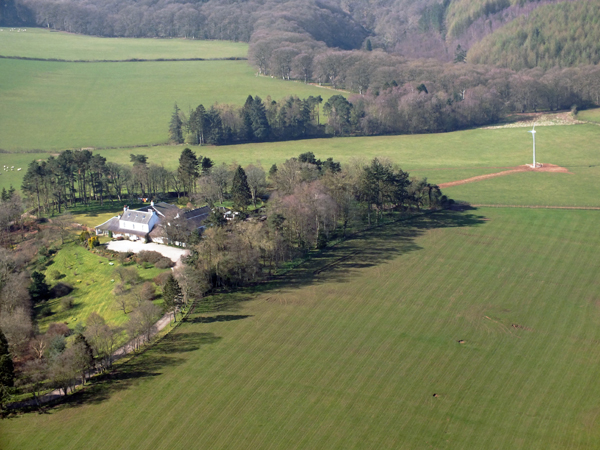 The River Ayr Gorge behind Stairaird

Further on, the Water Meetings, Ballochmyle Viaduct and Catrine Dams came and went and we soon reached the Powharnol opencast near Muirkirk where we turned and headed down the Lugar. 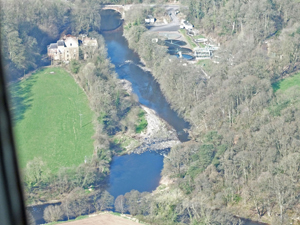 Looking downstream, the Lugar (from the bottom left) meets the Ayr upstream of Mauchline STW which are soon to be upgraded. 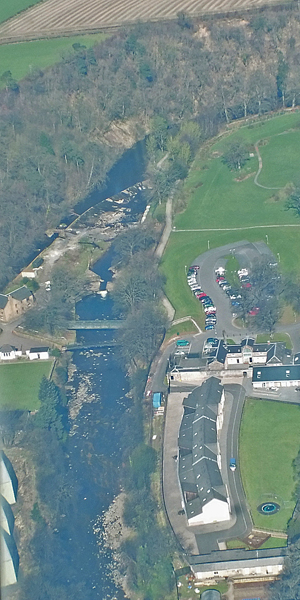 Catrine Dams where there may soon be major restoration works taking place. 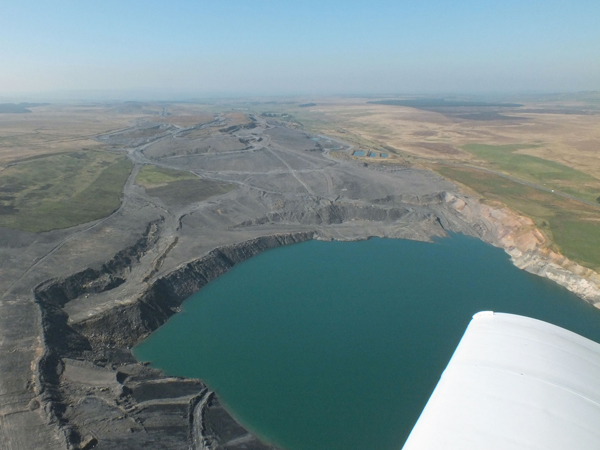 We reached the erosion on the Lugar; the subject of my earlier post. I’ve posted an image from Google Earth (2004) along with a photo I took today and the difference is incredible. Interestingly, in 2004, the disconnected meander had areas of clear water  but these now appear to have been lost to the sedge and reed canary grass beds that now dominate. Clearly the rate of erosion here at Pennyfadzeoch is having an economic impact on the landowner but the tonnes of soil that have been lost, contributing to diffuse pollution and damaging to the river is worrying. I’ll now arrange a meeting with the owner’s agent in an attempt to make progress here. 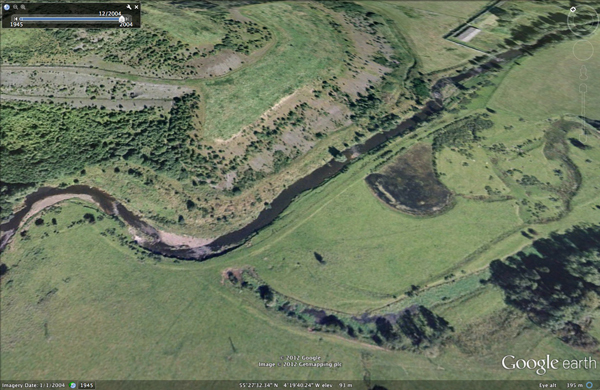 Compare this 2004 image from Google Earth to the one below 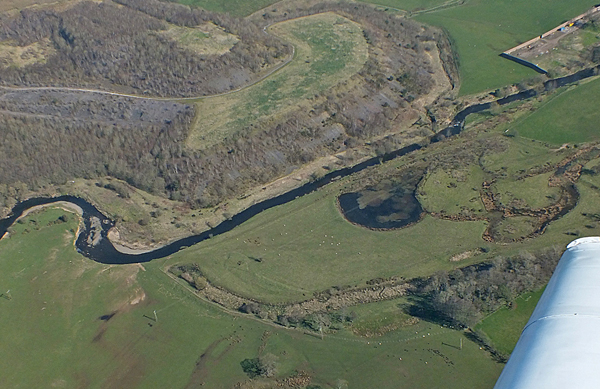 From a similar altitude and angle, taken today

We headed across to Dalmellington and the Doon Valley flying over Pennyvennie and the now redundant Chalmerston Coal sites before lining up on the main runway for a smooth landing. I can’t thank David enough for this flight. Apart from being a very enjoyable couple of hours, I noted a few things that I’ll check out further in due course.

Now for this post’s throw away comment……As part of my CPD I think I’ll have to request flying lessons as this would benefit the Trust immensely! Watch this space (but don’t hold your breath).