Work has been complete on the fish pass at Cemetery Bridge in Galston. The Roads department didn’t include a budget for professional design services and seemed willing to rely on our comments despite us expressing concerns about this approach. Throughout the process we have insisted that the new fish pass works as well as the former timber structure that allowed salmon to access spawning grounds upstream.

The work was completed last week so I paid the site a quick visit today to see how things looked. Flow was medium and the pass was filled with water in all but the lowest section. I didn’t have a memory card in the camera so was limited to just two pictures. I will take more soon, from the bridge above.

I feel that if the council are willing to make two slight modifications to the pass, one at the upper end and the other at the lower section, then the pass will work well.  The two photos below illustrate the problems and suggested modifications. The addition of rock armour may not be required if the pass is extended at the upper end by about 1m. It will be a simple job to test the suggested modifications with sand bags before going any further. I will speak with the roads department on Monday and hopefully agree on the final alterations before any salmon enter the burn. It would be terrible see salmon failing to get to the upper burn for the sake of such minor changes. 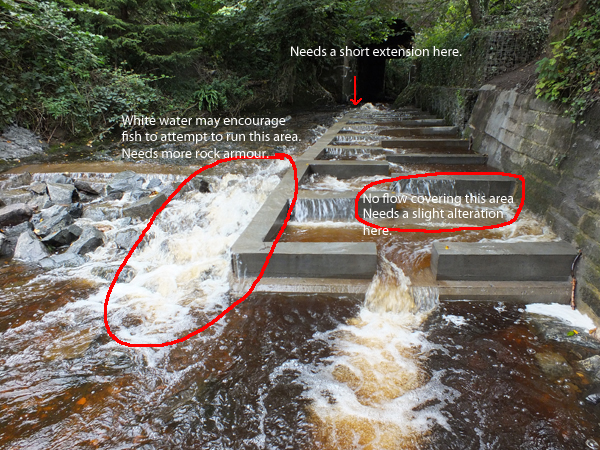 Two areas of concern are highlighted in red. Suggested improvements are detailed in text. 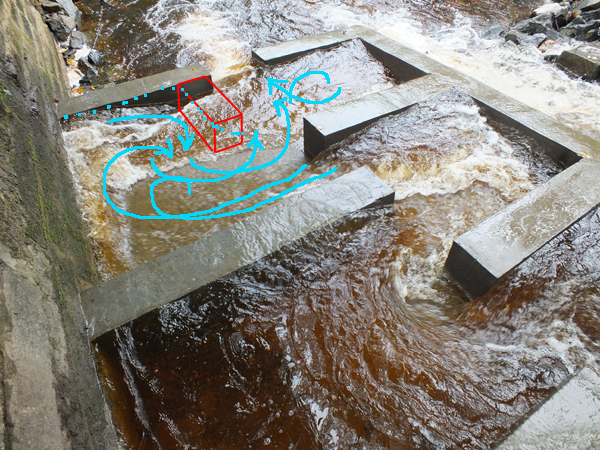 A short concrete addition here may drastically improve the efficiency of the fish pass even in medium flows such as in the photographs.

I went past again today this time with a camera and memory card. I took a couple of shots from above The first one shows where the flow misses the pass causing the white water at the rock armour. I’ve added a few lines to show how I think this could be rectified. The second image shows that there are resting points within the pass just out of the full force of the current. I’m sure that with slight modification this pass will work well. 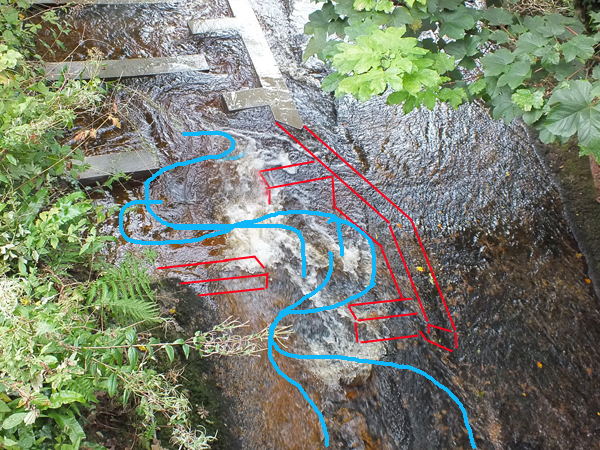 A couple of minor additions should make all the difference to the functionality of this pass in medium flow conditions. 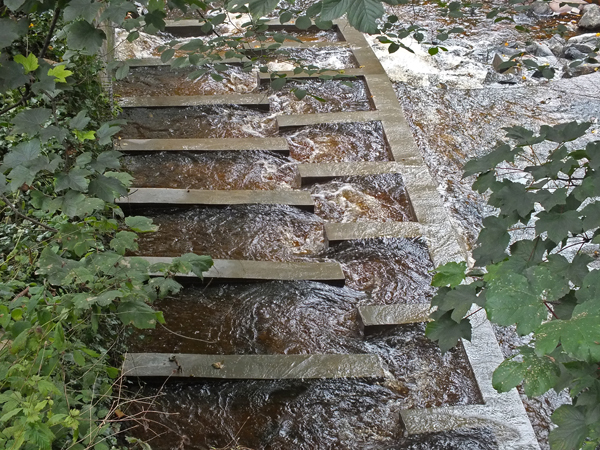