A year ago we all had concerns about the siltation that arose from the Ponesk Burn following its diversion. Scottish Coal assured us that steps would be taken to rectify the problems and that things would settle down. I revisited the site in April and found new issues that concerned me but at least silt didn’t seem to be a major problem any more. Iron oxide coated the bed of the burn in the lower 400m or so and further downstream on the Ayr. 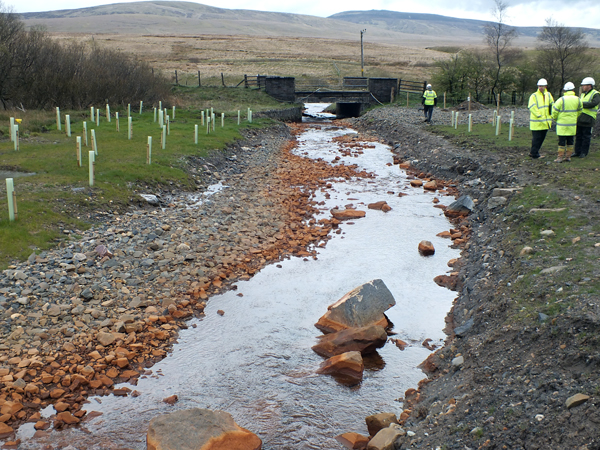 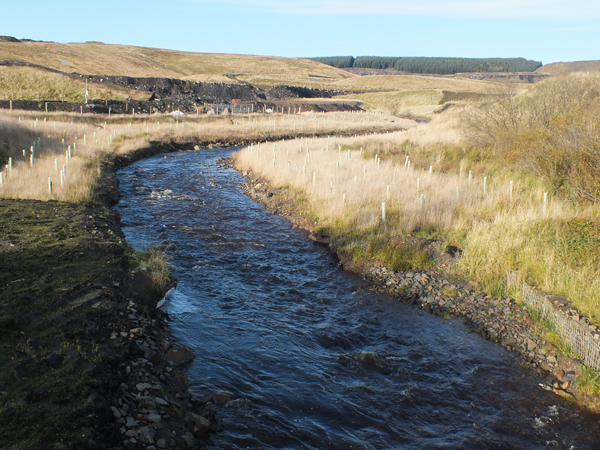 The Ponesk today and the silt and iron issues appear to have been resolved. This image was taken from the road bridge that can be seen in the above photo.

This was a worry but once again Scottish Coal reassured me that this would be rectified soon. I was in the area today and stopped for a quick look. The burn was flowing well due to rain this morning. The water carried some silt but not much. The iron deposits had cleared and everything looked much better. I checked the conductivity of the burn and found a level of 46micro siemens per cm which is low. I’m really encouraged by what I saw today.

We haven’t been able to electrofish the burn this year due to high levels but I still hope to achieve this in the coming days. I’m certain that salmon should enter it to spawn this year as the issues that may have put them off last winter have now been resolved. I’ll post an update when I can.