Brood-stock collecting… or not!

With falling temperatures and water levels, the Stinchar Board had asked if we could help Douglas Faulds, the new hatchery operator to collect brood-stock from the river. We thought it was worth a shot and Helen and I set off for the Stinchar this afternoon. Gordon and Meryl both were keen to join in too so they joined us (Gordon is on holiday this week so that just shows how desperate he was to catch a salmon this season! Maybe he did already catch one but I wouldn’t swear to that). 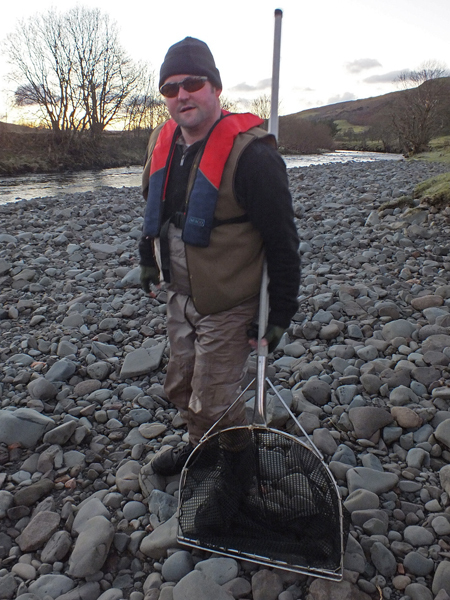 We arrived at Minnuntion as the sun was dipping low in the sky and quickly headed to the upper river where we thought we wouldn’t have any difficulty finding fish. Derek assured us the flats below the gravel extraction point were a good bet and we all set about the task full of anticipation. By the time we reached the top of the third pool we hadn’t seen a fish! Undaunted we went to the deep pool on the bend but again nothing. The equipment was working as we turned over a few parr but nothing bigger. 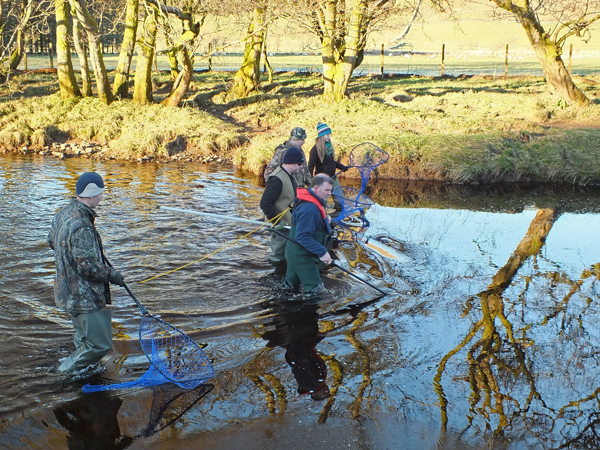 Starting at the first pool

We then headed downstream to the Battery Pool for a last attempt before the light disappeared. This was a certainty! Not a fish to be found. Where have all the fish gone to that we know were there just a week or two ago? Douglas had spotted a few with the lamp in the Battery before the last spate. Salmon were caught in the upper river in May so they must be somewhere but unfortunately today we just could find any. We will try again in a week or so if Douglas sees any activity. Failing that we will just have to resort to the traditional methods employed.

By the time we left the temperature had dropped below zero and the nets were frozen and so was Meryl. 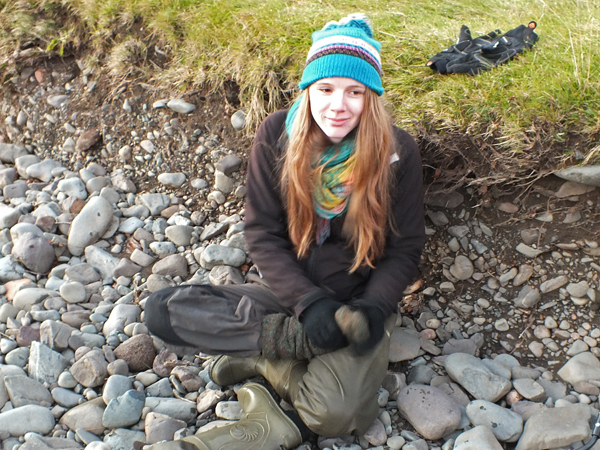 Meryl defrosting her feet after an hour or two in the water. 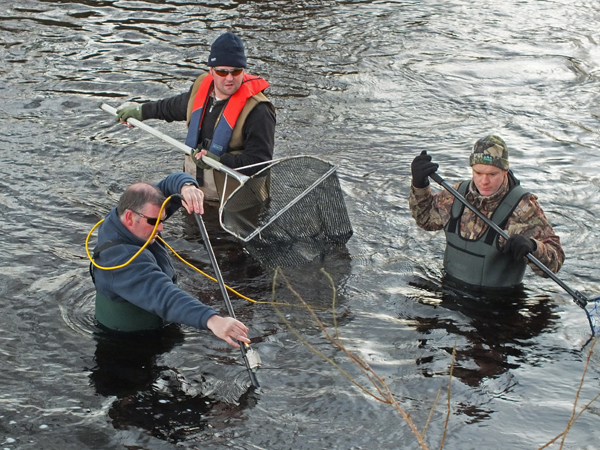