I had arranged to help sort out the broodstock at the Ayr hatchery today and sort out the pairings for the few fish we had collected. In all we stripped 5 hens today and covered them with 3 cocks. 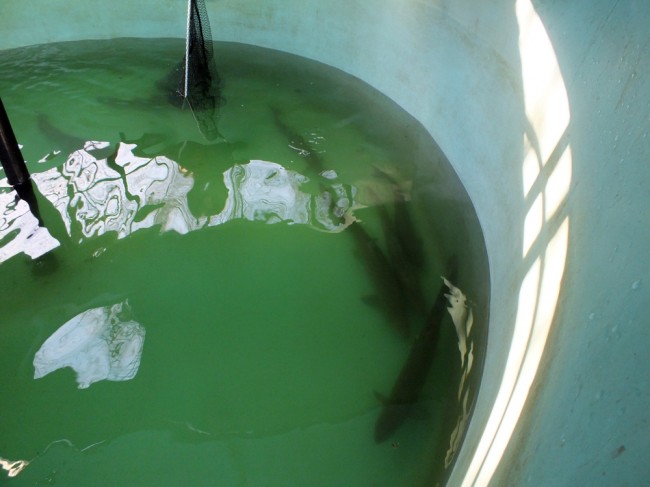 While this doesn’t seem many, we chose fish very carefully from areas where we expect the greatest benefit may be achieved by our intervention. You will see tags in some of the photos that we used to ensure that fish from the same areas were bred with each other rather than mixing up genes from all over the river. I’m still no fan of hatcheries but given the desperate situation in some areas of the river Ayr, it seemed worthwhile to attempt careful intervention. Time will tell and we aim to monitor success (or failure) as best we can. 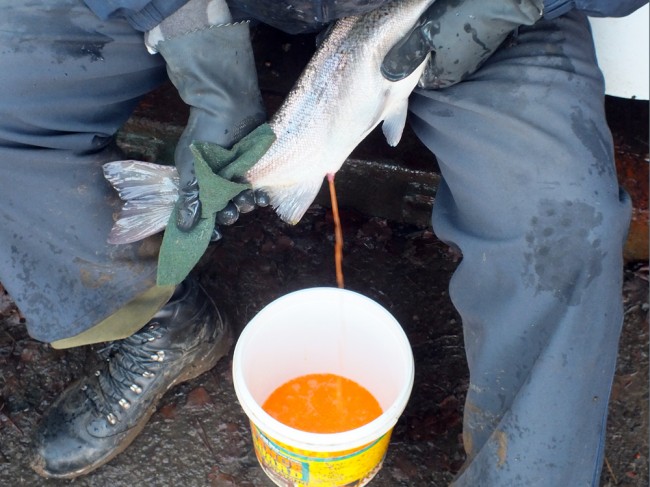 Worth their weight in gold! 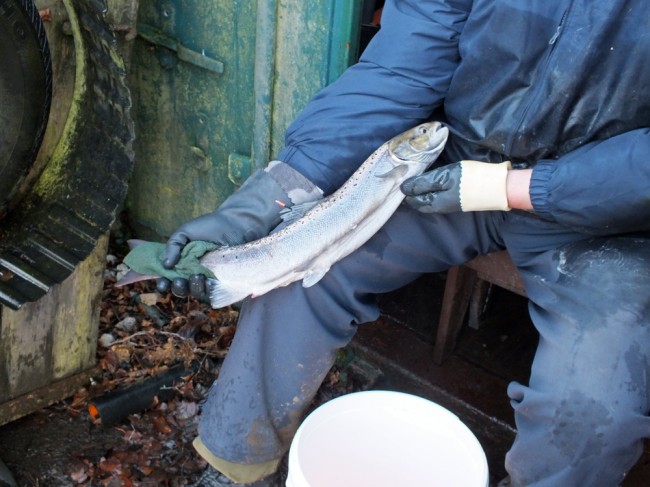 Lifecycle complete, this hen will be returned to the river to complete her life or perhaps survive to spawn again (but highly unlikley).

We are still planning to take a few fish from the lower river if water levels drop back and allow us access. I’m conscious time is running out but hopefully we will manage a couple of sorties this week. 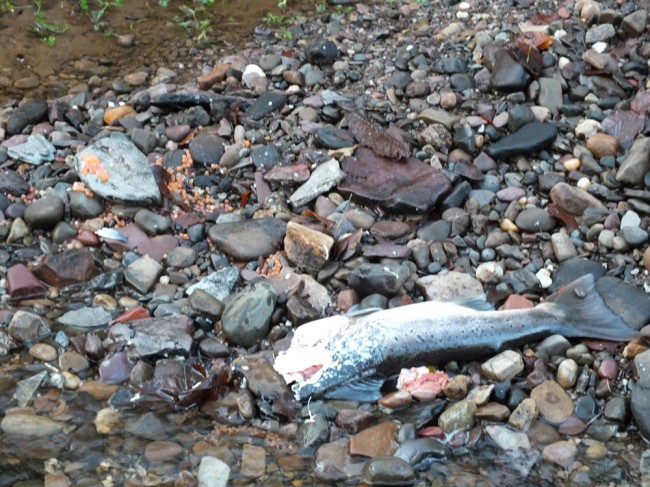 On that didn’t make it.

We looked at the Whitehaugh and the Burn O’ Need and found a few completed redds and the inevitable signs that otters had managed to nab a few before spawning. It happens and wouldn’t matter at all if there just a few more salmon spawning in some areas. It is always disappointing to see eggs lying on the banking but at least some managed to lay their eggs in this area. I would say that judging by the number of redds we have seen, it won’t be a good spawning year particularly as I think numbers are down on recent years but that won’t come as a surprise to many. 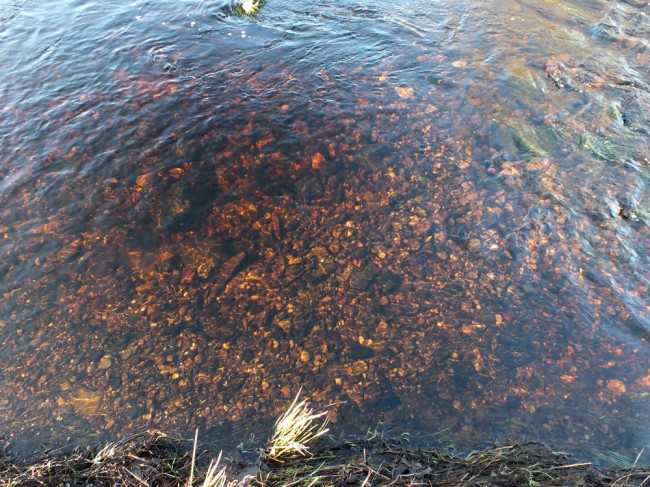 A redd on the Whitehaugh

Lets hope that overall survival is good to make up for few fish this year. As always we won’t know until electrofishing next July.