I headed to Catrine this morning to see how work to the fish pass was progressing. After the job being stopped until a few issues were resolved, the contractors are back on site again this week. Yesterdays constant snow and rain in the upper Ayr catchment brought the river into spate overnight once again. I thought I’d drop in this morning to see if anyone was working and to my surprise Borlands men were in fact on site and had managed to virtually shut the water off to the fish pass for safety’s sake. I didn’t think they would manage to slide the board in at the top of the pass at this level but they had so it was work as usual. 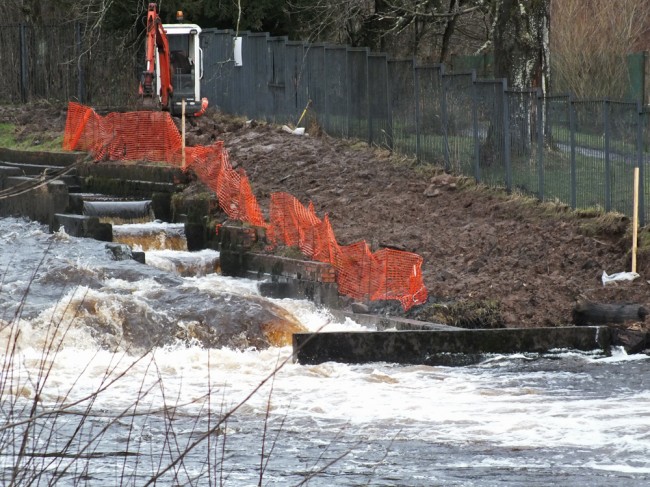 Another big spate. When will the rain stop? 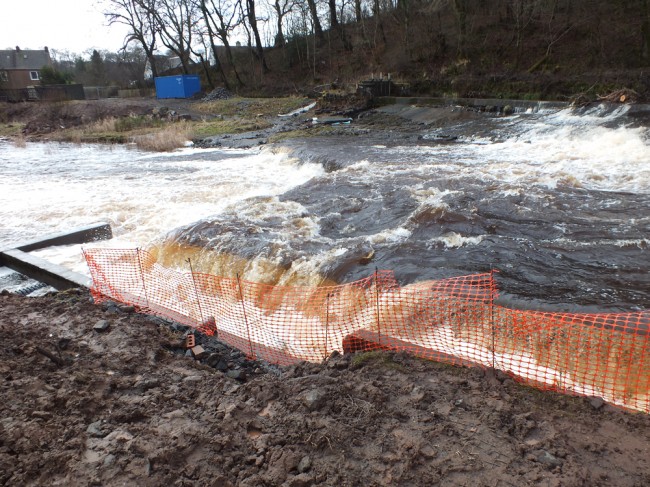 The walls need raised to prevent water spilling into the chambers

From downstream it didn’t look as though the flow in the pass was reduced but this was due to water spilling over the walls from the river. I must check but I’m pretty sure these walls are to be increased in height during the weir works to prevent this extra water from entering. Too much flow and turbulence is one of the main operational issues with the pass hence these works to install an overspill system.  The net result of these modifications will mean that the pass will operate at it’s designed flow rate of 0.5 cubic meters per second for the first time since it was constructed. Why the pass wasn’t built to the original design is a mystery and why the designer and project managers never picked up on this and corrected it before the work was completed is beyond me. It has always been obvious that there was too much flow in the pass.

The overspill pipe had been laid and back filled along some of it’s length. The connection at the bottom of the pass has yet to be sealed but this will be completed shortly. The upper section of pipe may have been laid today so we should soon see the walls cut above the baffle section to allow the water to spill into this pipe. I expect some concrete works will be required to funnel the flow to the pipe and this will take place in advance of cutting the openings. 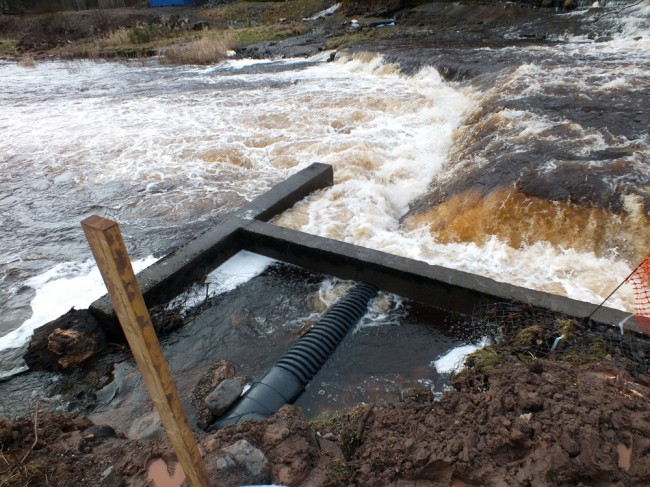 The opening through the wall has yet to be sealed 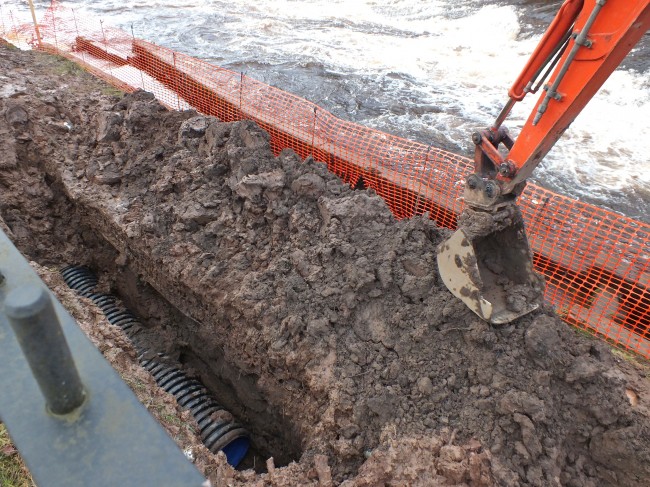 This pipe will carry the overspill from the upper chamber of the fish pass to the lower chamber. An eel pass will be laid between this pipe and the wall at surface level.

I’ll post updates once more progress has been made.