I had a quick look at the Chapelton Burn in the Doon catchment today when passing. I think this is the first time in a long while that the water clarity has been as good as it was today. The burn is heavily modified and impacted by agriculture. 50 years ago this was an important sea trout burn and I remember my father telling me about it as a boy. We try to electro fish it  regularly to see if there any improvement but kit is always very poor. Two years ago the bed was so silted that there were virtually no stones visible through the turbid waters. Deep sand and silt could be felt underfoot. Much of this burn has been fenced and the backside habitat is improved. This leads to better marginal cover, narrowing and deepening. Flows become concentrated and scour takes place causing deepening and more variety in the habitat. This can clear silt and I suspect this is what’s beginning to happen in places. 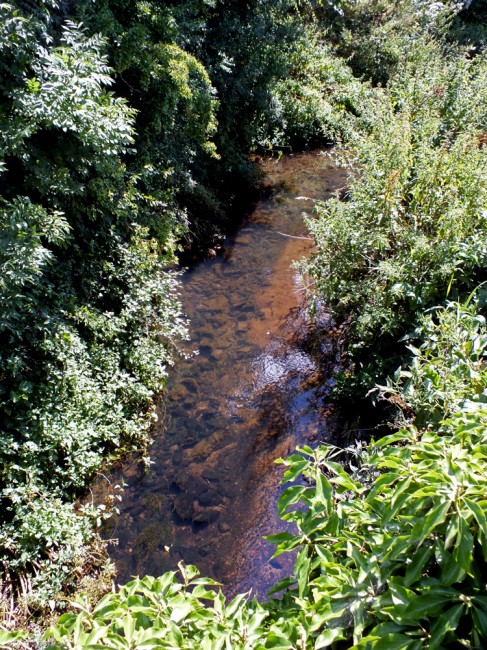 Silt is still obvious but the boulders and cobbles are now visible through clear water.

The Chapelton still has a few balsam plants growing on it, but very few. If any anglers have a spare hour or two to walk and pull these plants between Cassilis Bridge and Grimmet Cottage, then it would help to ensure that the previous years work doesn’t go to waste. Landowners should prevent the spread of invasive weeds from their land, but sadly most don’t. If anglers don’t do this, I’m not sure who will. We have been spreading this message for several years but it’s now more than ever that’s it’s really needed. If anyone can help, please let the Trust know. 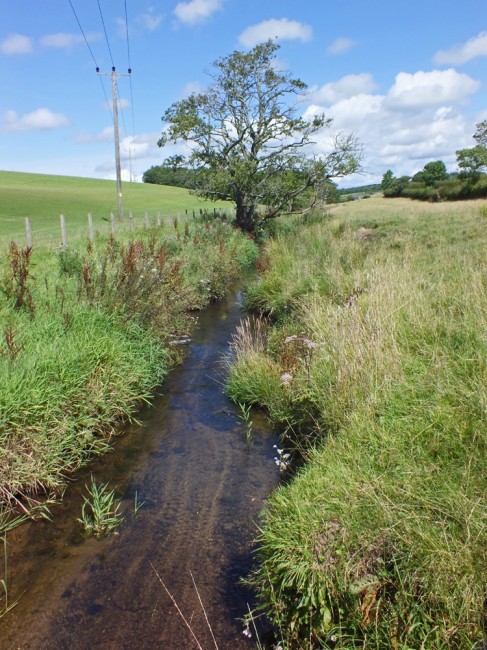 Looking downstream towards our electrofishing site. This area was terribly affected by silt but it does appear to have improved marginally. Gravel and stones are now obvious. I saw only two Himalan Balsam plants here today. Much reduced from previous years.

The Doon Board are planning to install fencing across the catchment this year and this is one area where we hope we can secure agreements to fence remaining areas where cattle and stock still have access. Several years ago (2003?) ART placed boulders in the burn to try and improve flow structures and patterns but these boulders were quickly lost in the silt. I didn’t get time to look at them today but I will. I expect the constant very high water levels last winter may have helped move a lot of silt from the burn. Now that things appear to be improving, it may be worth adding considerably more stone to the burn to replace those lost when it was systematically dredge a years ago.

Bearing in mind this has been a very dry summer, I was pleased to see the Chapelton and Brockloch Burns were flowing reasonably well. About a month ago, ART surveyed an area of the  Culroy Burn near Sauchrie. Fish populations have been identified as poor in this area yet the burn is still a decent size and should be better. When I walked the burn to measure up for fencing I was surprised to see that it had dried up completely in areas. If this is a regular occurrence, then that would  explain poor fish numbers. In 2012, we did find salmon parr just 200m downstream of this area and they were naturally produced showing that salmon still migrate far up this burn. The few deeper pools still held water so hopefully trout and salmon survive in them. I haven’t been back since my visit to check the current situation but I don’t expect things will have improved much if at all. (I’ll add photos when back in the office as I don’t have them on my home computer).