Another day on the Garnock

Heavy rain this morning forced a change of plans when we arrived in Kilbirnie again this morning. Instead of heading out across moorland to remote sites on the upper Garnock I decided it was a safer option to fish the Pundeavon Burn. The water was clear when we started but the burn soon began to rise and we worked as quickly as we could to complete the survey. The problem with productive burns is that you have more fish to count which slows you down. Results in the lower Pundeavon were good and both trout and salmon were recorded in good numbers. Interestingly no salmon parr were caught.  Perhaps the site fished wasn’t ideal habitat for parr but I was surprised none appeared. 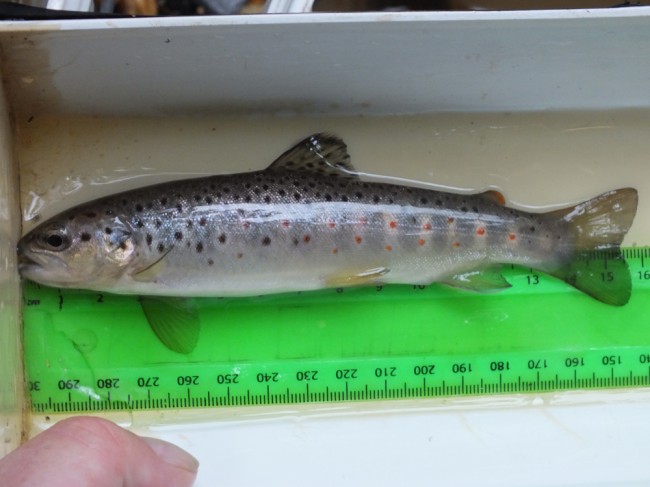 Once completed, I walked the burn to the next site near Holehouse Farm while Gordon and Struan brought the van and equipment upstream. 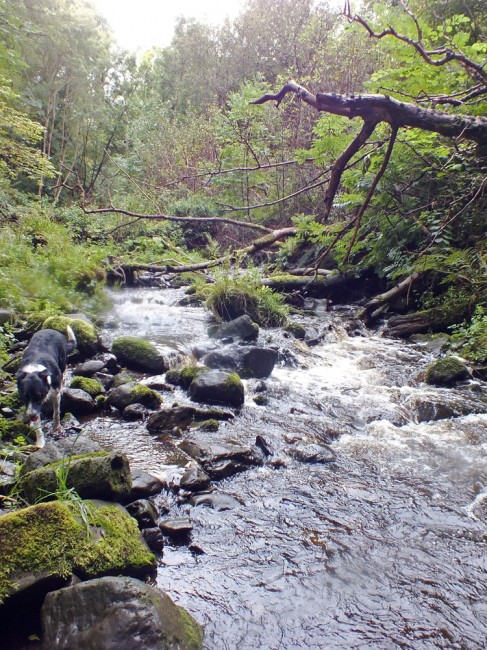 Plenty of fallen timber lying in the burn 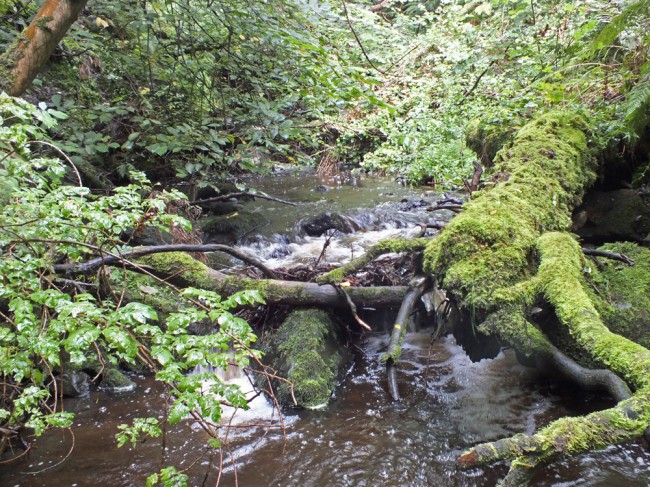 A blockage to migration. At some flows, this obstacle may be passable.

The main problem I see with the burn is the amount of woody debris lying in stream and causing blockages and erosion. I’m sure most are passable but one or two could cause problems for salmon migrating upstream. If someone wanted to make improvements on this burn that would increase the number of juveniles produced, then clearing log jams would be an ideal place to start. The cascades and waterfall below Holehouse are all passable and  although numerous, shouldn’t cause determined fish too many problems. 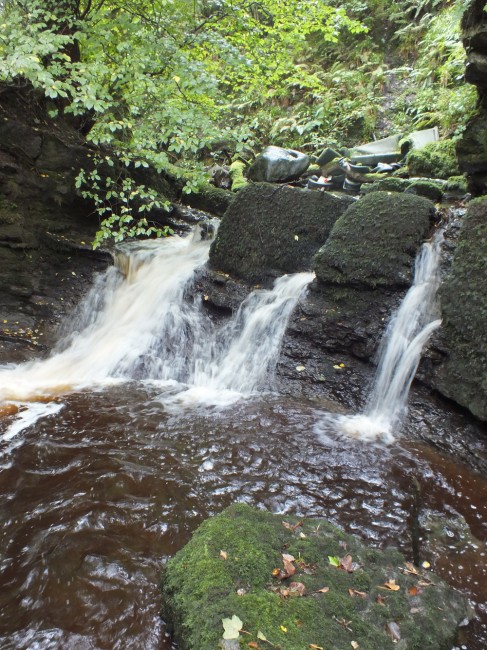 These falls don’t appear to be too great an obstacle for migration. Larger sea trout and salmon shouldn’t have too may problems although small brown trout may struggle. In the background of this photo lies a sofa, dumped over the cliff along with a freezer and other household rubbish. I can’t understand why anyone would do this.

We grabbed lunch and fished the next site near the farm in pouring rain. The results were poor and consisted mainly of parr and adult trout. Very few fry were present and no salmon. This result was rather surprising not least that the trout numbers were low but also that no salmon showed up. The lack of salmon may be attributed to blockages downstream but why the trout were poor is at present unexplained. We have a habitat survey to complete soon and hopefully we will be able to identify any issues that may be responsible when we complete it.

3.00pm on Friday isn’t an ideal time to start the 3rd survey of the day especially as the rain had been pretty relentless all afternoon but we decided to carry on. We crossed a field another kilometre upstream and choose a site. The burn was flowing well but we started fishing and caught quite a good number of trout from fry to adult. After completing the first run, we noticed the burn was rising quickly and colouring up. It was clear that we wouldn’t have time to complete a full 3 run survey and decided to abandon this after taking the site measurements and recording the habitat features. I think it’s safe to say we’d all had enough of the weather by this time anyway but I don’t like leaving a job half done. We left as the water was rapidly becoming a raging torrent and headed back to the van with the rain on our backs. Not a nice day but interesting all the same. 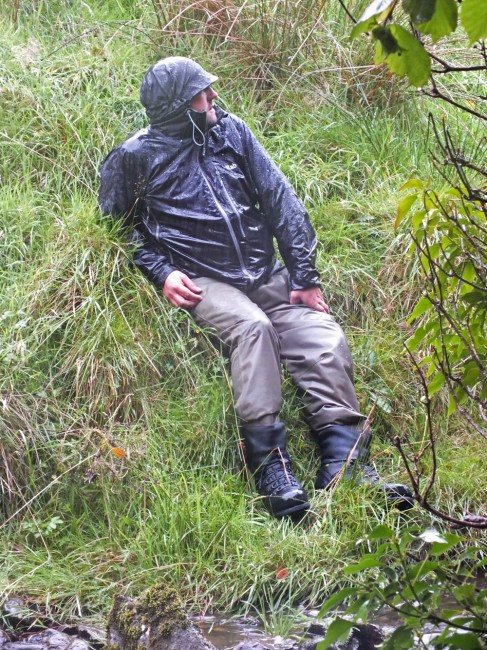 Gordon looking a bit wet just before we called it a day.