We have just about completed our Board commitments on the Ayr for 2014 electrofishing season but following last night’s Board meeting, I headed back to the upper catchment to look at a couple of sites where we will be gravel cleaning later this year in an effort to boost spawning success. Of course time ran out before I could get around all the locations I’d planned to visit but there’s plenty of time to work these things out before October. We also visited other areas today and I’ve detailed the most interesting findings below.

I am fairly certain that the Dippal Burn at the top of the Greenock has been listed as impassable in the habitat report produced some years ago. I’ve always believed that the falls just a short distance away from the road were the barrier so today after a quick survey of a site at the top of the Greenock, Struan and I headed into the great unknown. We found the falls and continue upstream looking for a reasonable site to fish. 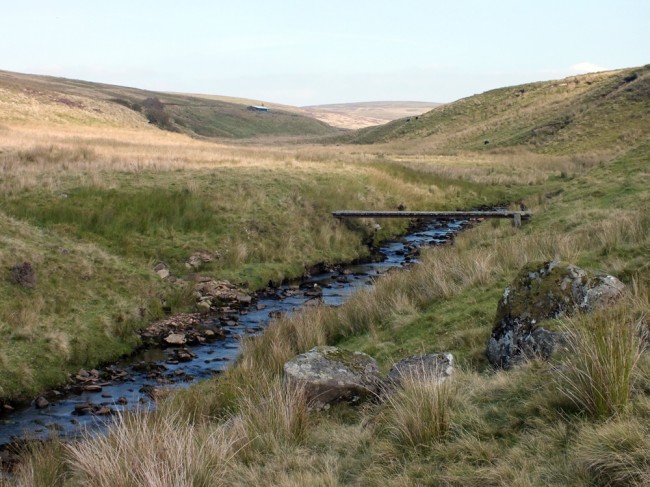 The view up the Dippal from our survey location

We picked a spot above another small falls and set to work. The number of trout we caught was low but there were two nice ones in the bucket. More importantly, we managed one salmon parr and a fry. I’ve taken scales from the parr to age it as I suspect it may be 2+ years old. 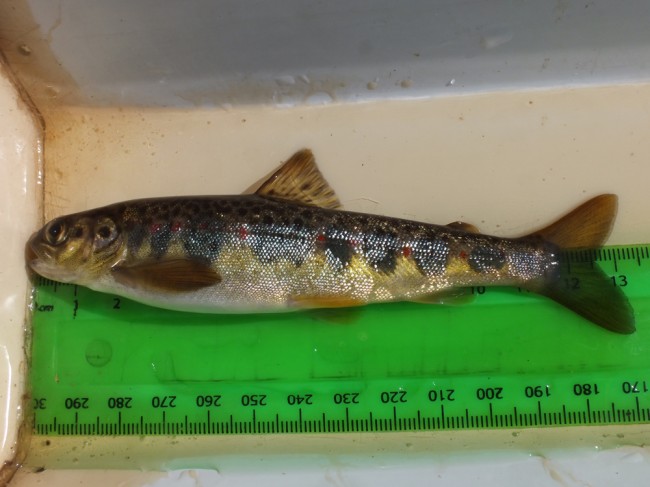 The altitude was 300m exactly at the site and this makes it perhaps the highest accessible burn in Ayrshire. Having looked at Google Earth and the OS Map, I can’t see why salmon couldn’t reach as far up as the Leaze Burn at the top of the Dippal but that will take further investigation to prove or disprove that one. With so much habitat available and understocked downstream, I suspect few fish would push that far upstream. If I head out there to investigate this, I’ll be asking for a key to the gate at the main road to save a long walk.

We also fished the upper Ponesk to see whether the salmon were reaching there ok. Interestingly we didn’t find any fry but there were parr including a fat one at 145mm long. I’ve taken scales to age this fish too. Trout at this site were there in numbers and the largest came from below a lump of concrete tucked into the bank. 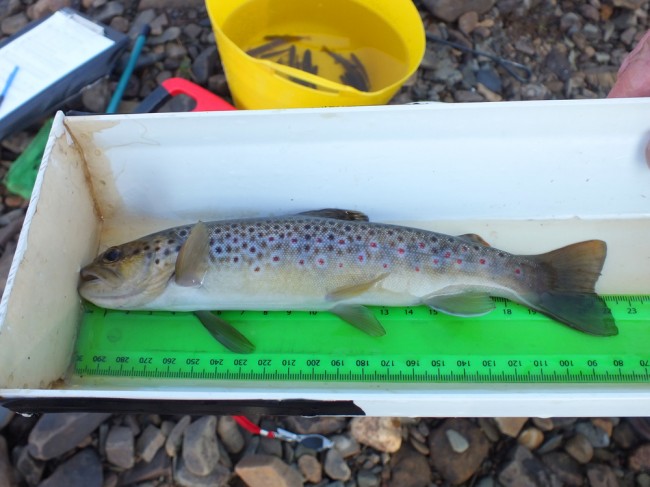 The best trout from the upper Ponesk this morning 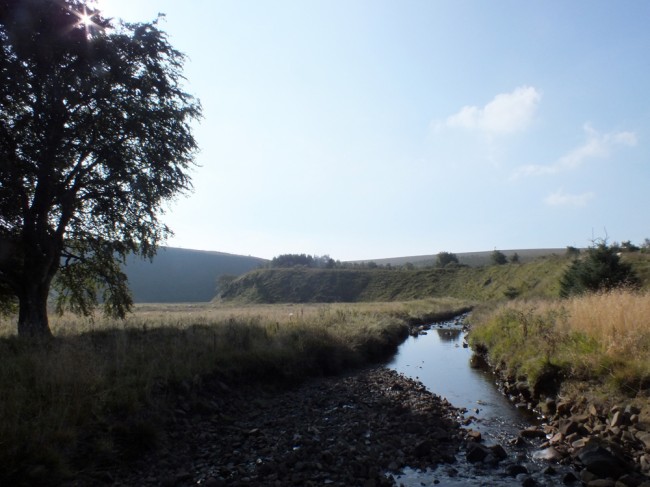 In the afternoon, we visited locations above and below the Kames Pit area at Muirkirk. Last night the Board agreed to support some experimental gravel cleaning and with this in mind, we fished two locations to establish base line data before the cleaning takes place. It will be interesting to see how fry numbers compare next year, The bed of the river at both locations is pretty impacted and the upper site appeared in better condition than the lower one but the bed was heavily silted and compacted. The lower site was coated with iron oxide and algae thriving on the enrichment. This site wasn’t compacted but cattle are churning it up as they drink. For once the cows have helped! 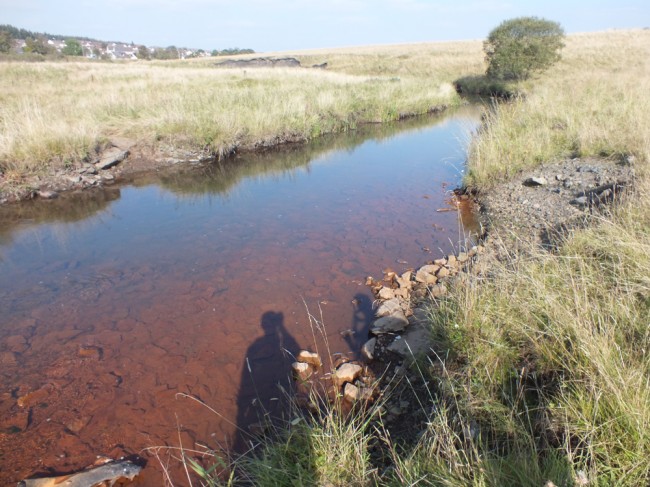 Finally we fished a site on the Garpel just a few hundred metres away from Kames where water quality is excellent and spawning gravel abounds. We found health numbers of salmon and a couple of trout. On the way back to the van we took conductivity readings from the reed bed outfall and from memory it was over 1000 micro seimens compared to around 180 in the burn a short distance upstreamm. It just doesn’t bear thinking about what the condition of the river would be without the reed beds. 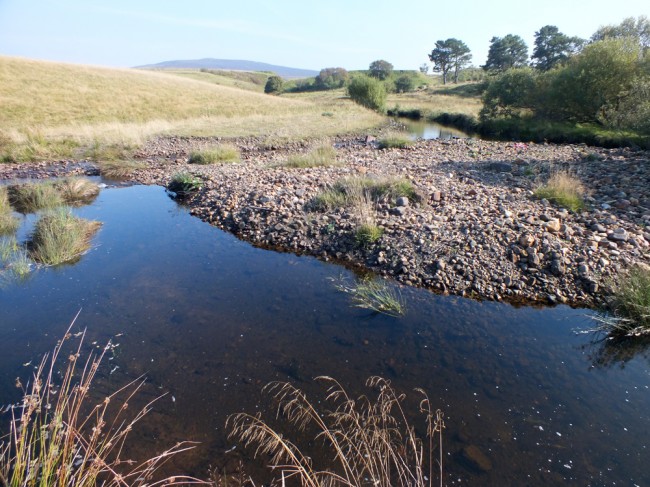 Habitat and fish numbers were good on the Garpel

This was a very worthwhile  and enjoyable day and I learned a few new things about the river which is always good. We surveyed another 3 sites that I haven’t mentioned but that can wait for another post.

Next week we plan to head to the Irvine and perhaps the upper Doon if time and weather permit.