Iberdrola are currently installing a power line between Coylton and Dalmellington passing through Kyle Forest en route. We were asked to proved some guidance for water crossing points and duly attended a meeting with their environmental team where we highlighted that there was a resident trout population in the works area. Following a bit of discussion, it was agreed that a quick fish rescue was required to allow crossing points to be installed without damage to the fish population. 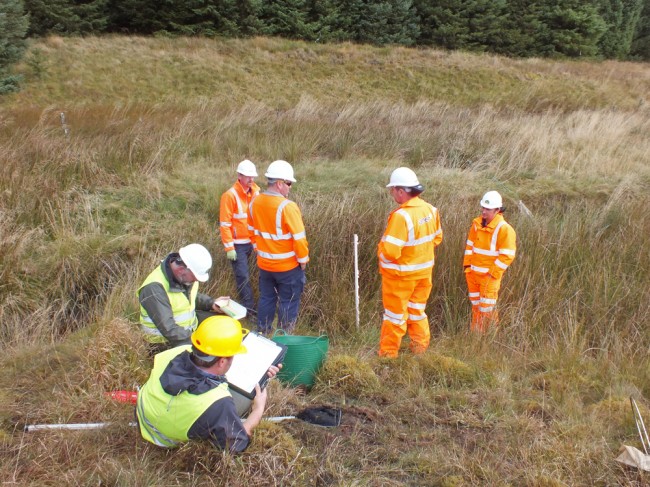 Recording the catch at the fish rescue

Today we set about removing the trout from a very small burn high up on the Green Hill in Kyle Forest. I’m not sure that the burn is named but it is in the vicinity of the source of the curiously named Blueboots Burn and Otter Sike (I’ll need to check the grid reference tomorrow). With Iberdrola’s environmental team and AMEC’s (the Contractor)  environmental project manager accompanying us we set about electrofishing the trout from the burn. In such a small burn, we didn’t expect to find many fish and I don’t think the environmental team knew what to expect but with 27 small trout netted from a 32m stretch, everyone seemed pretty astonished by the number of fish that were caught. Of course 27 small trout in their own right are relatively unimportant in the grand scheme of things but the real value in this work was that  the contractors and developers now know that each small watercourse is likely to contain trout and that they need to protect these fish during the works that are expected to continue for several years. We discussed the culvert requirements and agreed on basics that need to be met to ensure that fish don’t become isolated by crossings. The companies know that we are more than willing to work with them to avoid delays and I’m confident we will asked back on site as the need arises. 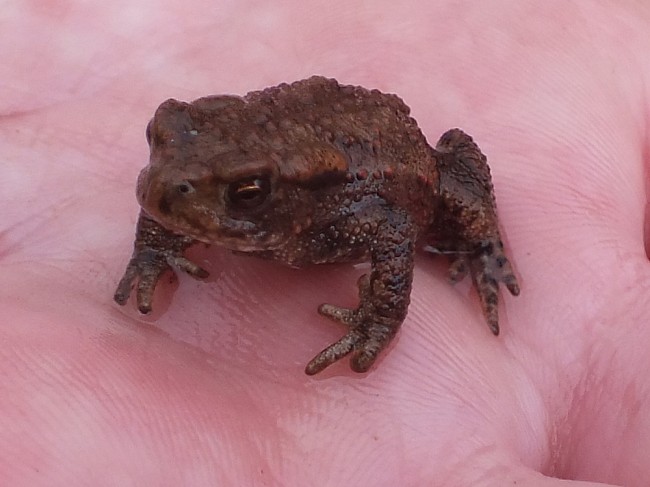