Following a request for consultation, we met with SEPA and contractors at Kinclair Viaduct, a short distance to the South of Pinmore in the Stinchar valley. Work to stabilise the viaduct buttresses is required after previous reinforcements installed in 2008 have  failed and become unstable. The sides of the watercourse has been reinforced with concrete blocks but the burn has cut downwards in this section exposing clay substrates, that may just account for numerous unexplained grey sediment incidents reported on the Stinchar in recent years. This is speculation of course but at least after this work is completed, the problem if it exists should be solved. 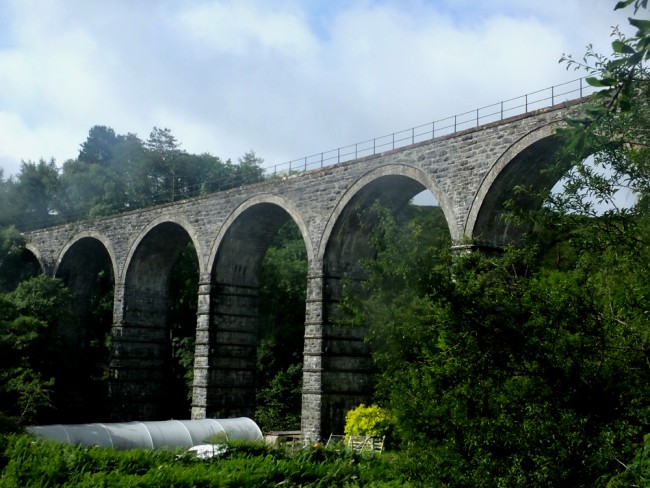 A view of Kinclair viaduct where work to stabilise a buttress will mean in stream works in the coming weeks.

We don’t hold any data on fish populations on the unnamed burn that flows under the viaduct into the Water of Assel, most probably due to the presence of an impassable waterfall  that limits access to just a few hundred meters in the lower burn. There may of course be a resident trout population upstream but this won’t be affected in any way by the planned work. I expect there may be salmon and trout in the burn downstream of the waterfall.

We suggested that the company allow us to establish base line data in the burn and downstream on the Assel, an important spawning tributary of the Stinchar. ART staff will deliver this survey and a short report next week ahead of the work commencing as soon as we receive the go ahead and water levels allow. 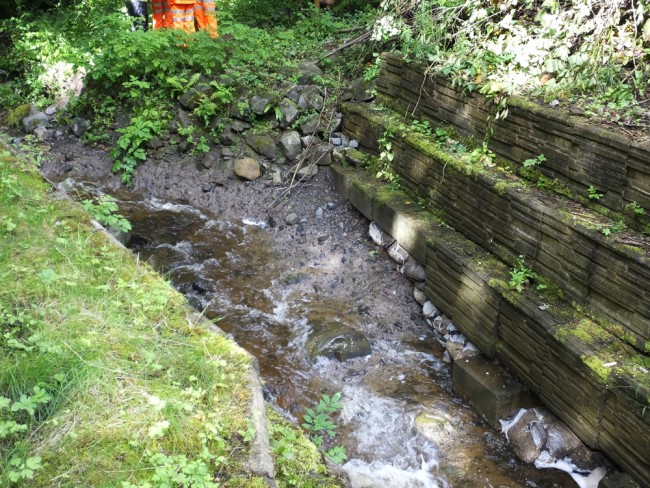 The exposed clay can be seen at the top of the picture. When completed in 2008, the river bed covered the lower blocks. It is clear that a significant portion of the bed has been lost as the burn cut downwards. The new solution will include rock grouted into the river bed.

We also pointed out the importance of angling downstream and how sediment management will require to be of the highest standards otherwise I expect the phone to start ringing. The company recognise that this aspect will need careful consideration and execution. SEPA agreed this will be essential. Work will be completed ahead of spawning season.