Himalayan Balsam continues to spread, but this time we found it beside the Muck Water at Dalmellington in the upper Doon catchment.
This is very disappointing as it threatens to spread along the entire river from this source.

The Doon DSFB have supported our efforts to control Himalayan balsam in the lower river since it was discovered in the Chapelton Burn around 2010. Despite attempts to eradicate it, it remains at very low densities and requires more effort next year. This new discovery at Dalmellington will require treatment for the next few years too and we will have to rely on anglers along the length of the river to be vigilant and pull this plant when they see it. Anglers have to become involved if this plant isn’t to spread out of control.

It is too late in the season to attempt to do anything with this new outbreak so rather than attempt anything, we will leave it until next year and schedule it in for control then. 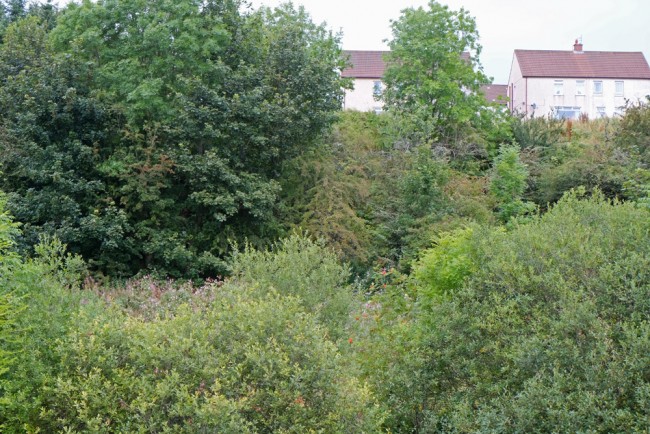 A stand of Himalayan balsam on the Muck Water at Dalmellington that threatens to spread along the entire river.