Drizzle doesn’t stop us from electrofishing but midges might one day! We started on the upper Ayr timed surveys today. This allows a rapid assessment of stocks and comparison with previous years performance. Timed surveys are fry surveys but it’s always nice when we find parr in good numbers although they aren’t the target life stage. 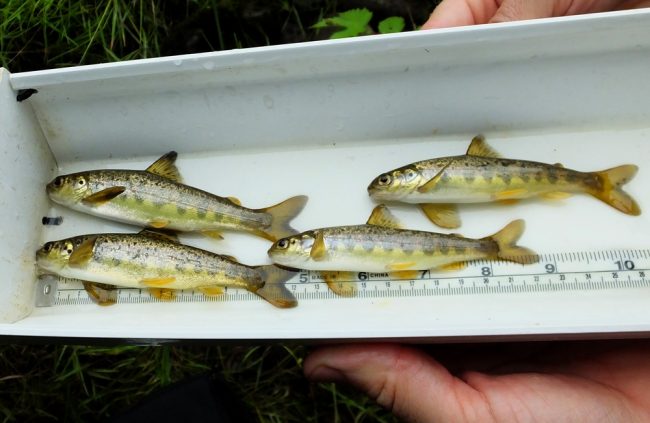 Fours stunning wee Ayr salmon parr and all of similar size…like peas in a pod.

Parr do provide a good indication of over winter survival though. Site choice is important and we don’t cherry pick all the best spots as we are attempting to collect a representative sample from the river to gauge overall performance. Building a long term data set takes time and its value increases year on year. 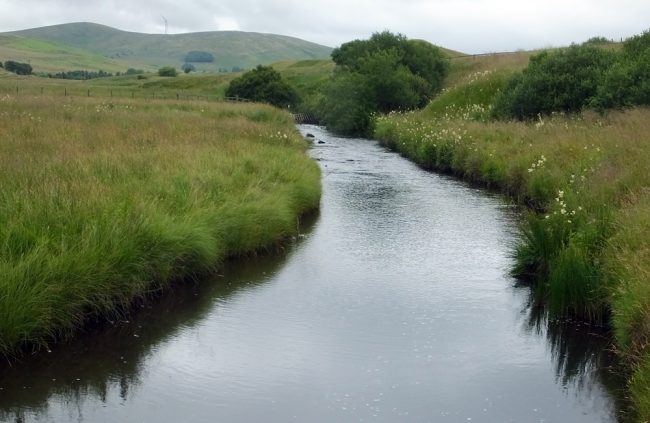 The Upper Ayr near its source and lovely it is too. Its a shame it suffers from enrichment from mine discharges but that doesn’t stop fish spawning in what is otherwise relatively good habitat. This area would benefit from more tree cover to offer fish cover and shade and improve bank stability as there are significant erosion issues. 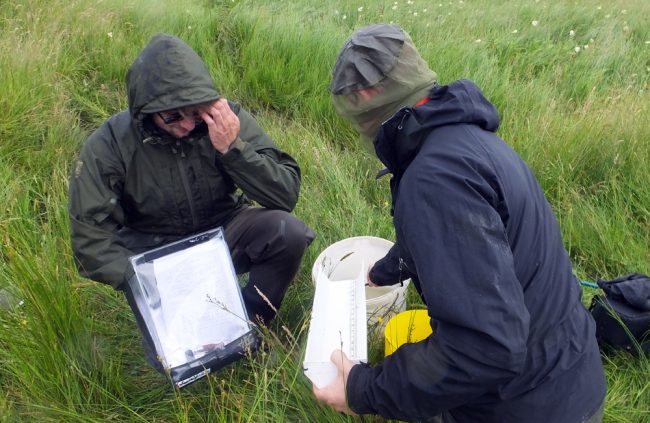 It’s midgie territory among the rashes and sedge.
Struan and Muir were eaten alive as they recorded the catch.

The midges beyond Muirkirk we terrible and again at Glen Logan near Sorn. I left Muir and Struan fighting them off as I went to check on willow cuttings we had plugged into an eroding bank last summer. They have rooted and although they haven’t grown much yet, I expect over the next 2 -3  years they will and should then be offering some protection against spates and cover for fish. Once the root mass develops, the branches and top growth will follow. This is the sort of thing any angler can do where tree cover is lacking. It also provides a source of leaf litter and woody debris that benefits invertebrates which of course are fish food. Integrated catchment management is what we are all about and while some may prefer to deal only with fish, we prefer to take a holistic approach. Restoring river function, fish habitat and improving water quality should always improve fish potential and stocks while benefitting many other species too. 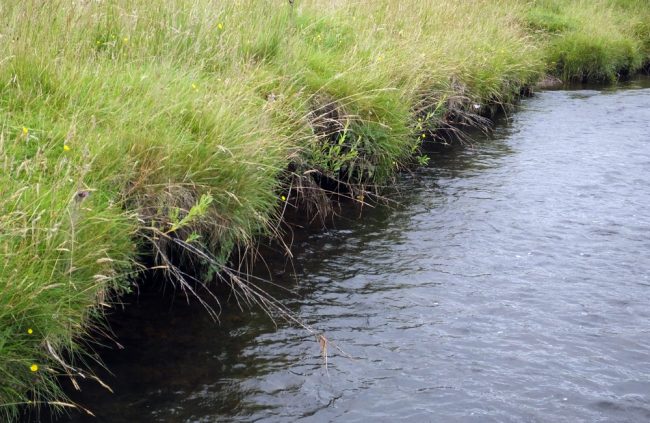 While at this site last year, we plugged willow cuttings into this bank which is severely undercut in places and collapsing into the river. These cuttings have rooted and are starting to produce shoots. In a year or two, they should protect the bank from collapse by deflecting and slowing flow along this bank and the root mass should help bind the bank together. It’s a long term approach but costs nothing but time. Any angler can do this armed only with a pen knife or secateurs. 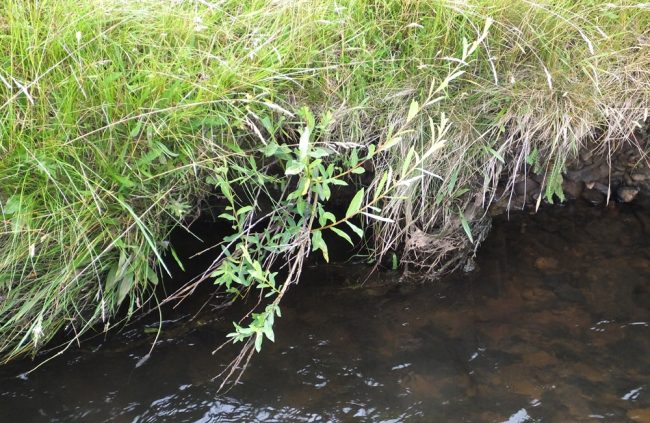 Just imagine this in a few years time. A healthy bush hosting terrestrial insects and providing shade, cover from predators, and bank stability….all for the sake of nipping off a willow branch and plugging it into the ground. Cheap and cheerful habitat improvement for all. My daughter helped plant these cuttings last year and it’s her generation that will see the most benefit as they develop into valuable trees.

Back to the survey and fry results were disappointing while parr appear to have survived well. Fry numbers weren’t weren’t terrible but they can’t be described as good either. We haven’t finished the survey yet and won’t know the complete picture until we do. After all the local rivers ran big over spawning time last year, we’ve already noticed poor results elsewhere and we can only really attribute this to high flows and reduced numbers of adult salmon returning last year as the reported rod catch would support. Redd washout may be a problem on rivers where gravels are mobile but high flows can prevent or reduce spawning success too. We may find improved results in the tributaries (we may not) but won’t start surveying them until after the timed fishing have been completed. Time will tell. 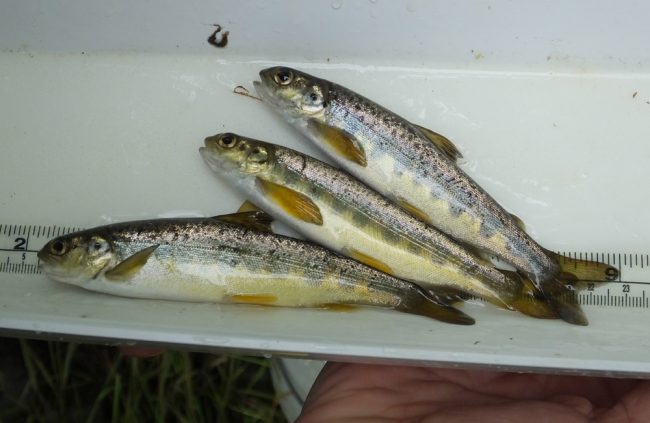 While fry numbers were disappointing, it was encouraging to see good parr numbers in the river and they were in get condition too.