Another busy day today with 2 smolt traps in action at present. That’s quite a commitment from a small organisation such as ART as the two traps are approximately 30 miles apart and each requires a daily visit from the team. 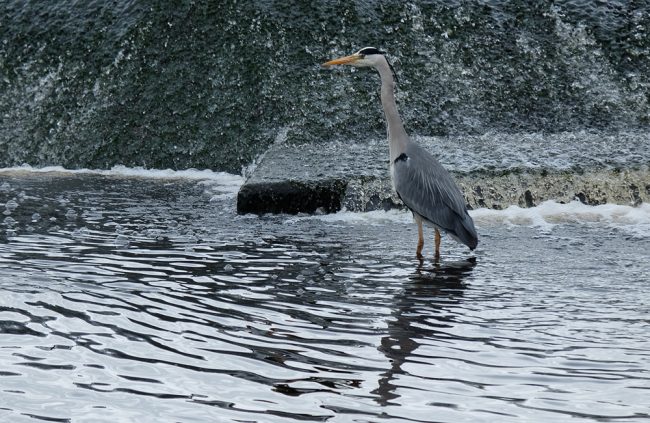 Piscivorous birds have appeared in the last week at Nethermills near the harbour indicating that smolts are reaching the tidal waters. The number of smolts these birds can take from the river is quite concerning particularly at times that stocks are low.

The Loch Doon trap isn’t likely to produce many smots and we are still waiting for a first to show up although we have electrofished a few from the burn a couple of weeks ago. I expect after the next run of water that we will cease trapping if no smolts appear. They may have gone early and we missed them but numbers are so low, it’s hard to be certain what to do yet. We know there were parr that we expected to leave this spring so time will tell.

The Ayr trap ran last night for the first time and straight away we captured a few fish. This trap is built into Catrine Dam and hasn’t been tested until now. Immediately it became obvious there are a few issues needing resolved (we had indicated these issues may require solving when we first saw the trap last month) but at least it works and caught smolts. We will continue the for the time being until we agree what can be achieved this year or we are confident that the smolt run has passed. 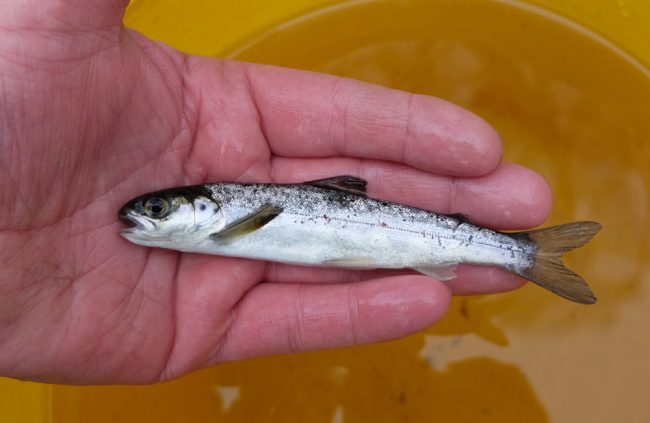 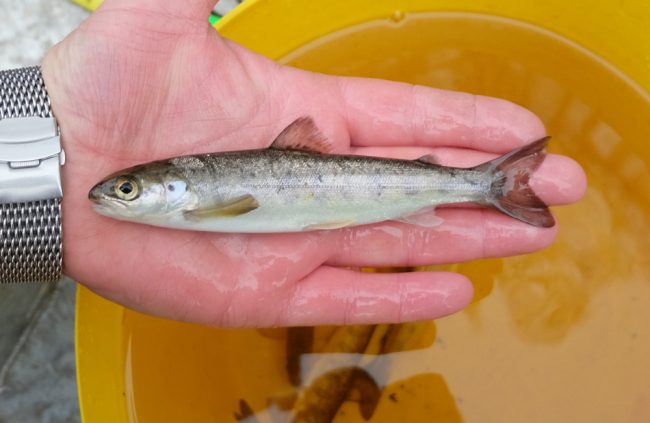 Predators have appeared at the Nethermills weirs in the last week or so, a sure sign that smolts are already reaching the harbour.