We had an afternoon of sampling at Catrine after we stepped in and electrofished those we could from the lade. Currently many smolts are  stranded with nowhere to go until modifications to the intake to the smolt trap are completed and proven successful.  Our thinking behind this was that it’s best to get some smolts back in the river rather than leave them any longer in the lade. 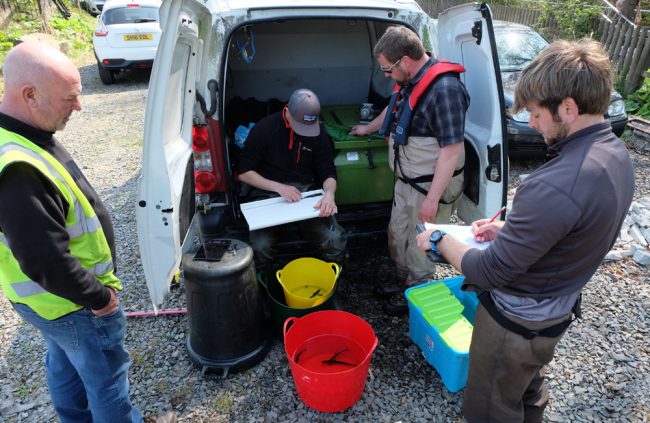 The team hard at it. Another hard day at the mobile office. This is very serious work but perhaps the most enjoyable aspect of our job.

The trap was again modified today and we left as the voes were refilling with rekindled enthusiasm for the morning. There are still smolts that need rescued but we will be working that out tomorrow. 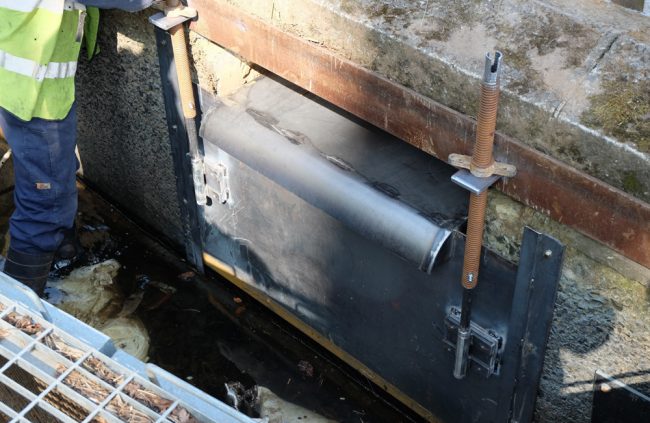 A new and simplified intake was fabricated today and should be tested tonight.

These photos  don’t really do the fish justice but I’ve added a few for all to see. We captured some really lovely smolts from 102mm to 180mm today. All of them stunning. There was one nice trout too, which we released along with bucketfulls of smolts back to the river. 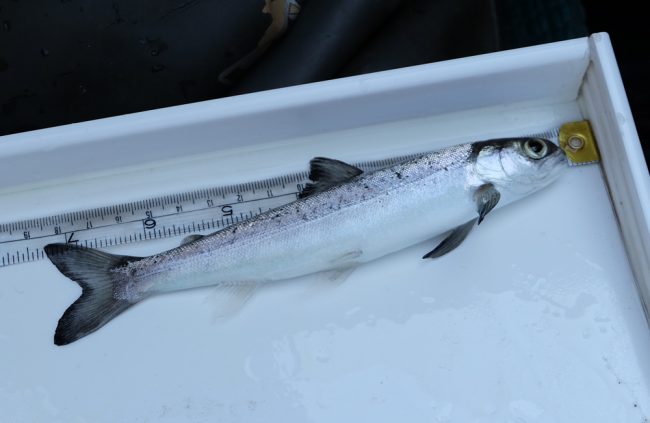 Is this what is commonly called ‘perfection’? 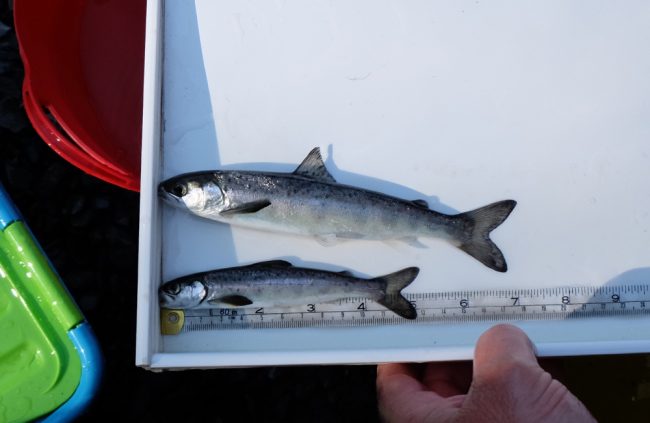 There’s always a range of sizes when sampling smolts but if they make it back, everyone will be welcome.