On Thursday last week we surveyed the Crailoch Burn at two locations, one was our last site for the Government and the other was a monitoring site for the Stinchar DSFB. Our upper site yielded only trout and the lower site was dominated by salmon. 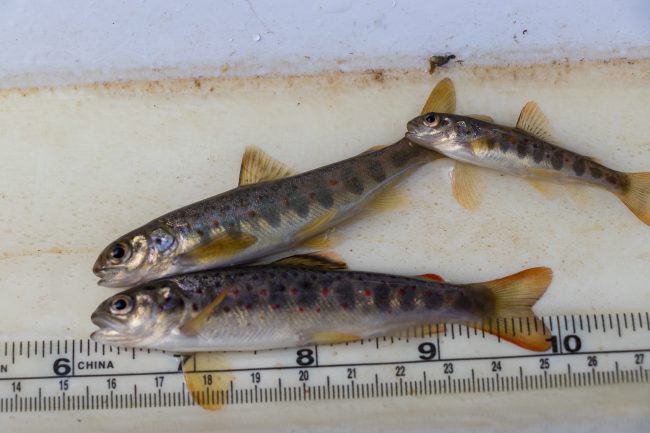 A colourful trout outnumbered by salmon.

The difference between the two? …..altitude. The lower site is only around 10 meters above sea level with the upper site around 60. Only separated by 2kms as the crow flies there are no impassable barriers (we think) but the cumulative affect of many small falls and cascades may make access to the upper reaches difficult for salmon but not necessarily for sea trout. This burn is now on the hit list for a walk in December to assess how passable or otherwise the burn is. 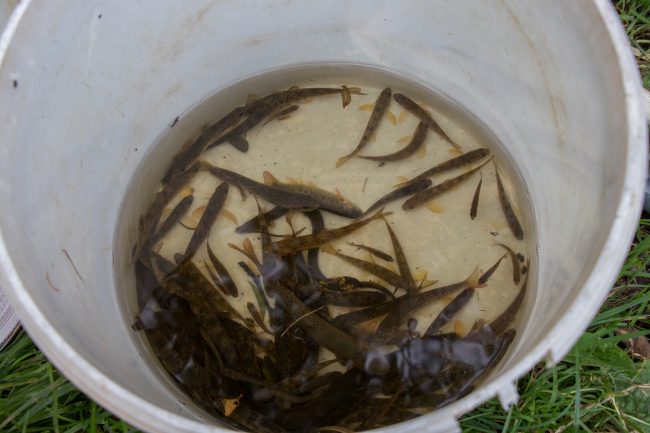 A welcome bucket of juvenile salmon and occasional trout from the lower Crailoch on the Stinchar. 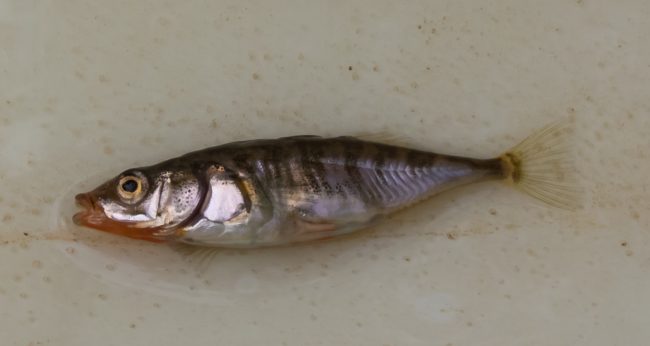 We found good numbers at the lower site which is just a stones throw from the main river. With excellent habitat throughout the burn, survival from egg to fry and fry to parr seems to be good despite the very low water in early summer. The Crailoch doesn’t suffer from a lack of shade and is well tree lined from the confluence with the Stinchar to the upper reaches of the burn. 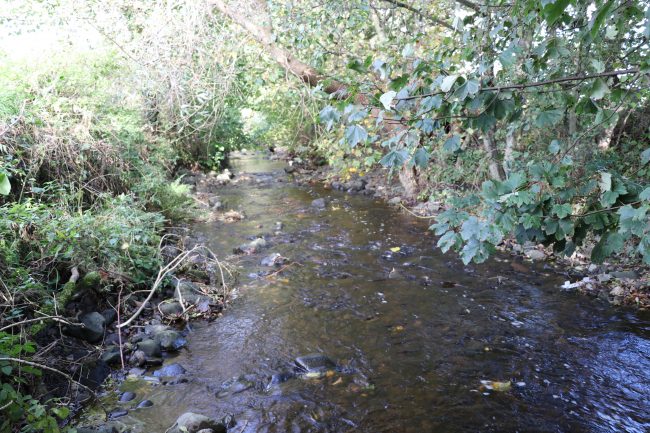 A well tree lined habitat with a mixture of substrates and flows affords good cover and spawning opportunities on the Crailoch.